Where Is High Plains Drifter Filmed? All the Locations Revealed! 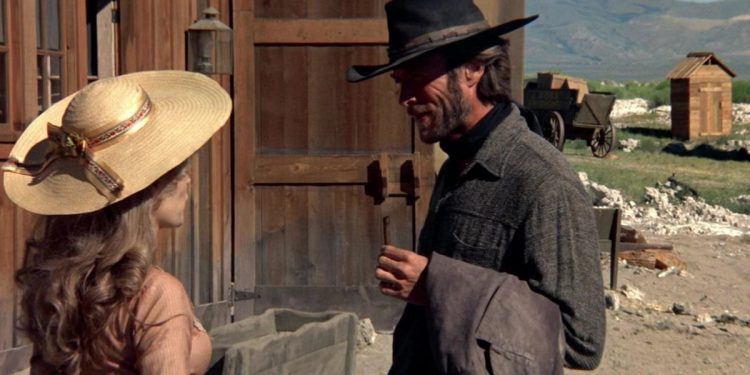 High Plains Drifter is a film that came to theaters in 1973. The movie was directed by Clint Eastwood and produced by Robert Daley for The Malpaso Company and Universal Pictures. The movie starts with a man who reaches the mining town of Lago. The film is critically acclaimed and is massively popular among its audience. The story attracts the viewers by its cowboy appearance, where desert, stables, and hot weather are beautifully pictured. This raises a question in its audience, where are the filming locations of High Plains Drifter? We are here to calm your curious nerves and give you all the details you need.

The story starts with a man coming to the isolated mining town called Lago in the American West from the desert. He kills three men who taunt him and even rapes a woman who insults him. After that, the story takes twists and turns, making the story exciting from every side. The person who comes from the desert and kills people is a stranger and remains the Stranger till the end of the film. The Director and Actor, Clint Eastwood has a significant impact on the American Western Hollywood industry, and this can be seen in this film.

The film’s plot revolves around the shotgunner stranger who arrives in Lago. And soon enough, three gunmen challenge him because he is new to the small town, but he kills them all. Following this stunt, the townspeople decide to hire him for a job. The townspeople employ him to protect the town from three outlaws who are on their way to attack it. The Stranger takes full advantage of the offer and runs the town on his terms. He also teaches the residents of the town how to defend themselves.

Also Read: Where Is Red River Filmed? All The Locations Revealed

The film was directed by Clint Eastwood and produced by Robert Daley. Clint Eastwood has played the Stranger in this movie. Verna Bloom as Sarah Belding, Mariana Hill as Callie Travers, Billy Curtis as Mordecai, Mitch Ryan as Dave Drake, Jack Ging as Morgan Allen, Stefan Gierasch as Mayor Jason Hobart, Ted Hartley as Lewis Belding, Geoffrey Lewis as Stacey Bridges, and Walter Barnes as Sheriff Sam Shaw were all able to mark their presence in the film.

The story shows the small mining town of Lago in the old American West. The desert, dusty taverns, and hardy men are seen in the film. The filming locations of High Plains Drifter were set in the area surrounding Mono Lake in California. Additional movie scenes were filmed in other locations in Nevada and California. However, Mono Lake is the primary location of the film. Clint Eastwood chose Mono Lake after exploring Oregon, Nevada, and California while driving a pick-up truck. He finally decided on the location because he thought it was very photogenic.

Over fifty workers were called to build fourteen houses, a two-story hotel, and a church to film the movie. To give a true appearance, full houses were created rather than the prototype. The process took around eighteen days and a lot of timber wood. Mono Lake is a 760,000-year-old soda lake (which means the water is highly alkaline) in Mono County, California. The lake’s ecosystem is based on its numerous brine shrimp, and it serves as critical habitat for millions of migratory birds each year

Limited interior filming was also done at the renowned Universal Studios in Universal City, California, located at 100 Universal City Plaza. It has been the location for several high-profile films and television shows, including ‘Once Upon a Time… in Hollywood,’ ‘House,’ ‘Inception,’ ‘Seinfeld,’ and ‘Fast & Furious Presents: Hobbs & Shaw.’ Mono Lake, Nevada, and Universal Studios led to the beautiful landscape of the film.