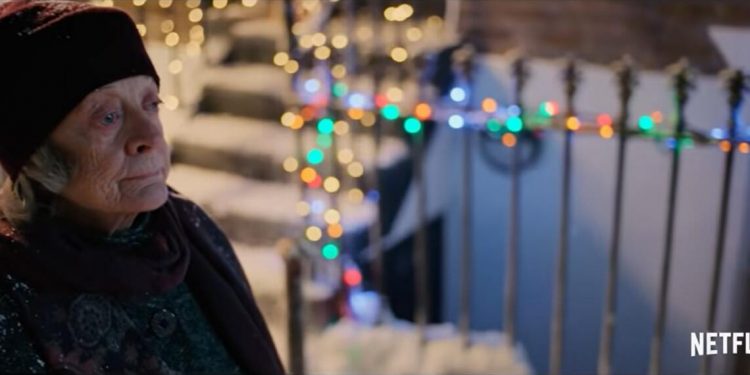 A Boy Called Christmas is a delightful children’s film directed by Gil Kenan. The fantasy movie teaches us about morals and ethics every child should have. Gil Kenan adapted the film from Matt Haig’s novel (same name.) Haig released his novel in the year 2015. Matt Haig’s book is more for the younger generation. It teaches us about having hope, love, and courage. The film basically reevaluates the story of Father Christmas. It is English folklore, also known as the Santa Claus. A Boy Called Christmas talks about an aunt who narrates a tale to the children. A boy named Christmas sets off searching for his father. She also talks about the importance of Christmas trees, candy, and gifts. As Christmas searches for his father, he runs into many locations. The locations give a vibe of both fantasy world and Christmas.

The film premiered four days back, on November 26, 2021. Screenplay written by Ol Parker, the movie received many positive reviews from critics. Studio Canal distributed the film in England, while Netflix distributed it Worldwide. The fantasy film is not available everywhere on Netflix. Only a few countries like the UK, China, Japan, Australia, New Zealand, and France are streaming it. The development began in May 2016. Blueprint Pictures and Studio Canal got ready to adapt the film. The veteran cast includes Jim Broadbent, Maggie Smith, Sally Hawkins, and Kristen Wiig. Henry Lawfull played the young Nicholas, who is the protagonist of the film. Let’s talk about the filming locations of A Boy Called Christmas.

The beautiful fantasy film takes us on a dazzling adventure through the mountains of Lapland! As Nicholas tails his father, he travels to several countries. We can see the landscapes of those nations that give the perfect Christmas Vibe! The first scene got shot in Primrose Hill, near London. We can see Aunt Ruth (Maggie Smith) strolling through the shops as it’s snowing during Christmas. Aunt Ruth takes the bus on Regent’s Park Road. In the next scene, Ruth passes by a Christmas Tree Shop, going to the Children’s home. The place got located on the corner of Sharples Hall Street. The London House of the film is on Keystone Crescent. The design of the can easily mix with Primrose Hill. But the London House is actually located in the Kings Cross Area.

The film’s village (Nikolas’ Village) in Finland was in Skanzen Repora. It is an open-air museum located in Prague. The architecture is perfect for any medieval village. The atmosphere is pretty historic, perfect for a fantasy film. There are many potter houses, blacksmith workshops, and markets in the “Medieval Village.” The scenes in Finland got shot in Kilpisjarvi, Nothern Lapland. It was the near-perfect location as it is home to Arctic Foxes and Raindeers. The atmosphere again gives a great fantasy film’s vibe. The sleigh ride in A Boy Called Christmas got filmed in Slovakia! The ride is in the High Tatras, a mountain region situated on the border of Poland. The other locations are The Throne Room in Dobris Chateau, Prague, and Kings Bedroom in the Krivoklat Castle.

Plot Summarized (In Brief): All You Need To Know About The Christmas Film

It is Christmas time! The most beautiful time of the year. A widowed father, Matt, is called upon for some urgent work. He is forced to leave his three kids behind. Aunt Ruth comes over and narrates a tale to them. It is the story of A Boy Called Christmas, Nikolas Christmas. Nikolas lives with his widowed father, Joel, a kindhearted woodcutter. The two live inside a tiny cabin in a Finnish Forest. The family does their best to provide each other with the essentials for their daily needs. Nikolas’ mother died two years ago. But he and his father remember her fantasy tales of a mythical land. The land’s name is Elfhelm.

The King Of The Land summons his workers. He tells them to explore all the boundaries of the Kingdom. All he wants is something magical to happen in the gloomy kingdom. Joel decides to find Elfhelm (wife’s mythical land) to win the reward. He heads north with Andres and a few hunters. Aunt Carlotta looks after Nikolas. Joel gives a red cap to Nikolas made by Lumi. His aunt tries to burn it, but Nikolas manages to save it just in time. He finds a hidden map inside the cap. It is the map towards Elfhelm! Nikolas Christmas begins a journey to search for his father and the mythical land of Elfhelm.

Also Read: Beast Ending Explained: Who Is The Real Killer?