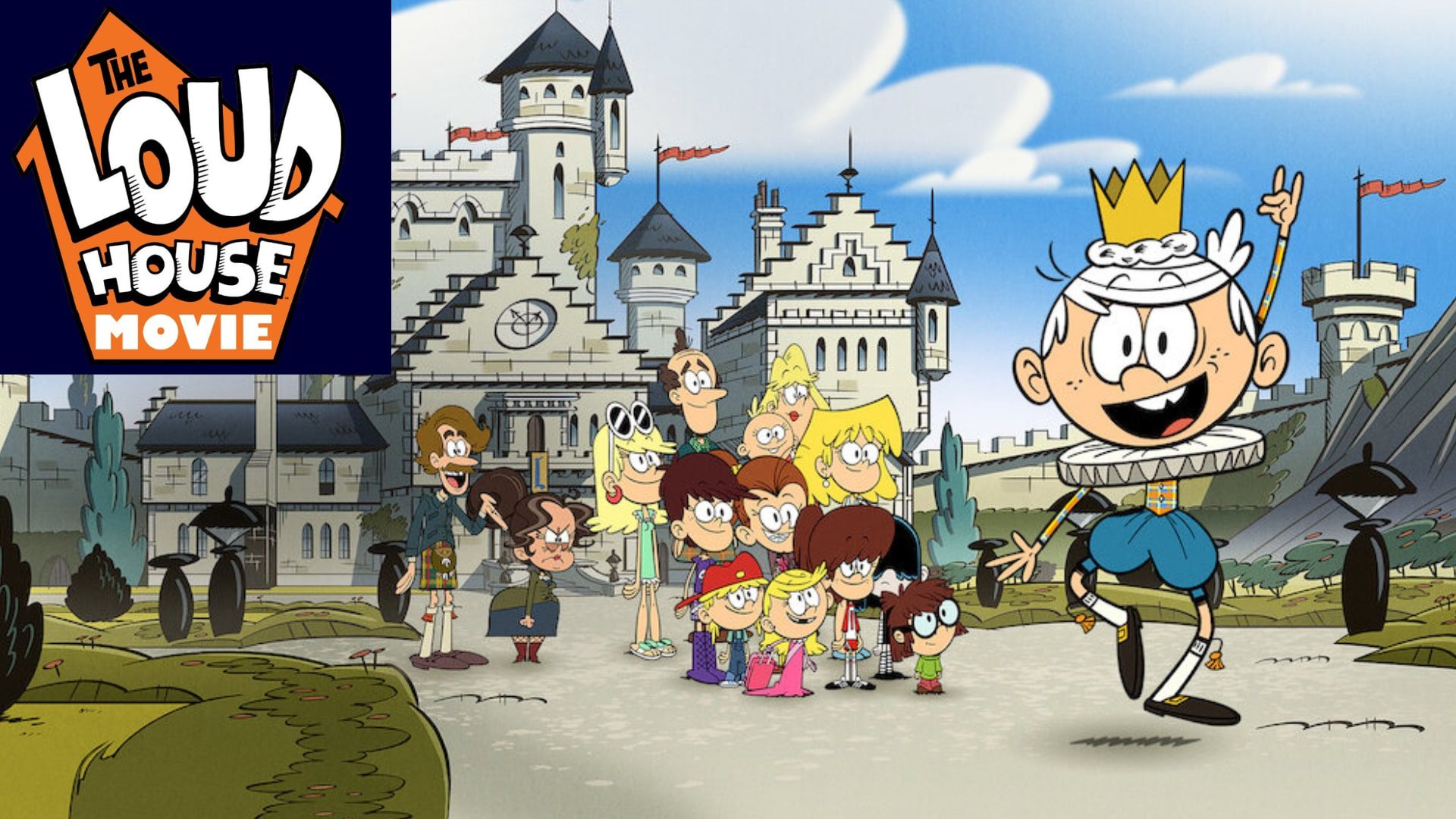 The Loud House is an American animated musical comedy film. In this article, we will cover where to watch The Loud House Movie. The movie is directed by Dave Needham and written by Kevin Sullivan, Chris Viscardi. The Loud House Nickelodeon series contains five seasons. The story revolves around a boy named Lincoln Land, who is the only son among his 11 siblings. The boy must be living a tough life. Being with ten sisters, Lincoln Land is living a turbulent life we all may not even imagine. Only one child can turn the whole house upside down, then imagine living with eleven children how chaotic it would be.

The animated movie The Loud House is based on the famous Nickelodeon series created by Chris Savino. It is also adapted into a graphic novel, television film, podcasts, and games. It also has a spin-off titled The Casagrandes. The Loud House Movie premiered on 20 August 2021. So far, there have been mixed reviews on the movie. The story follows Lincoln Land, who wants to get out of his sisters’ shadows. Hence, begins his journey to find the root of his family in Scotland. His adventure turns wild as he finds his family is descendants of royalty. His adventures journey does not end here. There is more for him to discover as he continues his quest.

Also Read: Where To Watch The Master Plan Movie?

Where To Watch The Loud House Movie?

Good news for fans, The Loud House Movie is officially available on Netflix. The Loud House Movie was released on 20 August 2021 on Netflix. In March 2017, Paramount Pictures president Marc Evans announced that a movie based on the series was set for 7 February 2020 theatrical release. However, they removed the film from their schedule for an unknown reason in January 2019. A month later, on 5 February 2019, it was announced that the movie would be produced and then distributed by Netflix.

Finally, on 10 June 2021, Netflix announced that The Loud House Movie would be released on 20 August 2021. To watch the movie, you need to have a Netflix subscription, and then you are all set to watch it without any disturbance. You can watch it on Netflix’s official website or can even download the app. After opening your account, pay your subscription plan. Then search the movie and with a box of popcorn you are all ready!

As we mentioned, the movie is based on the popular Nickelodeon series of the same title. The story revolves around Lincoln Land, who is the only brother to ten sisters. Being the only brother, he is overshadowed by his sisters and wants to make his presence known to the world. The movies begin as the Land family decides to travel to Scotland. Their journey results in discovering the true origin of their family. Finally, the family finds they are descendants of royalty.

Their journey does not seem to end here. After discovering the family origin, Lincoln Land finds out a family that was exactly like his own. 400 years prior, one of his cousins was also in a similar situation, and he became the duke of the town. Relating to his situation and being motivated to create his own presence, Lincoln Land tries to follow in those footsteps. All Lincoln want is recognition and praise from the townspeople. However, soon he understands nothing seems easy as there is more to being a duke than just fame and fortune. 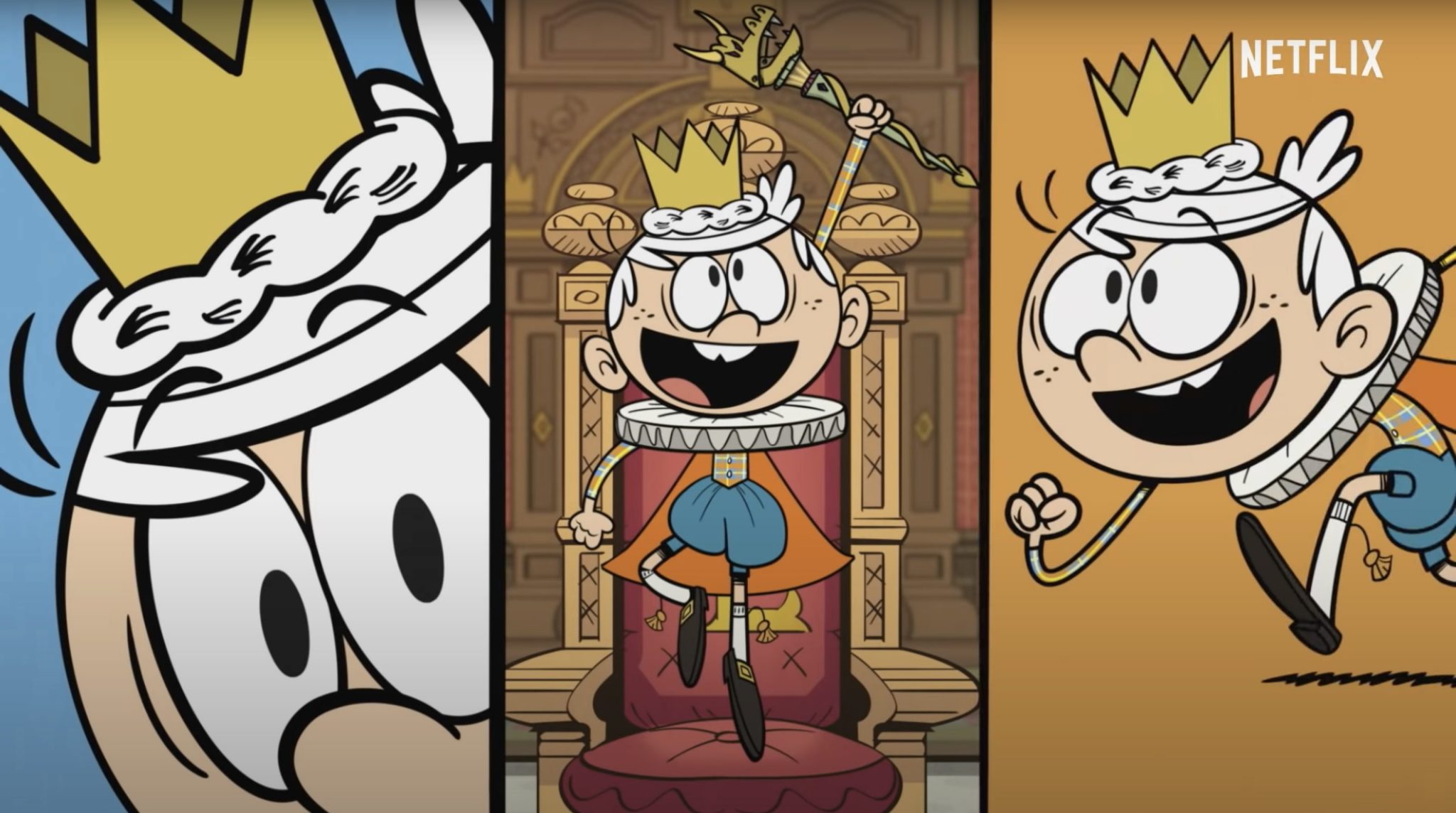 Besides the movie, The Land House is also adapted into various forms. The Nickelodeon series has five seasons with 123 episodes. It is also adapted into a graphic novel series by publisher Papercutz. The first graphic novel named There Will Be Chaos was released in May 2017. At present, are two series; a running one and a special one focusing on the seasons and certain holidays. It also has a podcast version. Nickelodeon and its YouTube channel have done a set of podcasts. The podcast is called Listen Out Loud, where each member of The Loud family does a podcast revolving around their topics.

A live-action film based on the series, titled The Loud House: A Very Loud Christmas, is set to premiere on Nickelodeon in November 2021. The series spin-off named The Cassagrandes premiered on 14 October 2019. Lastly, the series also made into the game The Loud House: Outta Control was released on Apple Arcade in February 2020. Whatever adaptation be, it is still enjoyable to watch Lincoln Land’s adventures yet chaotic journey. Therefore, grab a bucket of popcorn and watch The Loud House Movie on Netflix.