The sensational, glamourous, and the high-fashion criminal story from the Gucci Clan has hit the theatres. But, is there a way to watch Ridley Scott's House Of Gucci online? 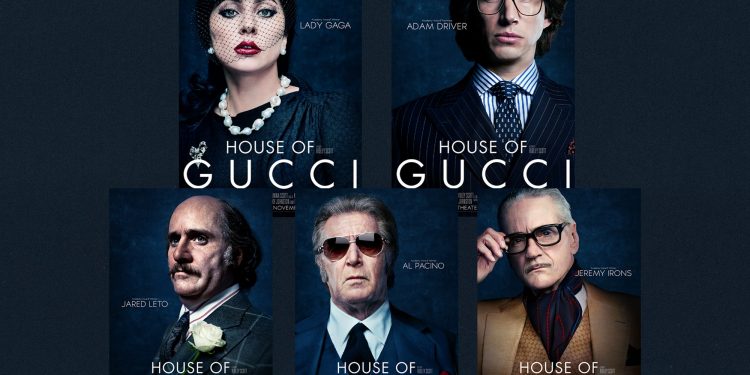 The Ridley Scott directorial, House Of Gucci, is officially streaming in theatres. However, some fans are still wondering where to watch House of Gucci- chronicles of the luxury fashion house family online. Besides Scott designing a high-rated performance revolving around betrayal, murder, and heinous crime, the performance shared by Lady Gaga as Patrizia Reggiani is also the spotlight of the film. On the contrary, the true-crime which inspired the film has been known to the world. And its digital representation is nothing but spine-chilling, hair-raising, and electrifying.

The high-fashion crime from the 83-year old director houses an A-list cast, including Jared Leto, Al Pacino, Adam Driver, Jeremy Irons, Salma Hayek, and others. You simply can’t miss the film and the plot, which lays the foundation from the very beginning. The film will surely strike up your interest in all the sectors that it covers: say it’s Patrizia’s rebel towards the Gucci clan, greed, jealousy, or the final stage- murder.

“House of Gucci,” distributed by Universal Pictures, is a reigning theatre worldwide. Sadly, some of us are still waiting to watch the crime thriller at our homes. So, exactly where to watch House of Gucci online?

House Of Gucci Movie- Where To Watch Online?

“House Of Gucci” will, unfortunately, take some time to be available for streaming. However, all the buzz happening around the film will initially take the audience on a theatrical experience. At present, the fans can watch it only by visiting their nearest theaters, or they have to wait for more than a month to stream it online.

Eventually, House of Gucci will drop on Paramount+. The film is backed by Epix company, which has a deal with Paramount Pictures. But, you will have to wait for 45 days (after the original release) to watch it at your home. No specific date has been announced yet. But as per the 45-day model, we can expect House of Gucci to be available on Paramount+ in 2022. The 45-day method is the exact half of the traditional 90-day theatre exclusivity, which was used pre-pandemic. Paramount+ is one of the many channels to watch House of Gucci online. After it arrives on the platform, viewers can purchase or rent it via services like Amazon Prime Video. Details for renting or buying the film online are still a mystery.

Not getting to see the film online is evident with all the Oscar-buzz going around the film. With the heavily talented cast, super-notch directorial, and top-class plot of a well-designed crime, House of Gucci demands to be watched in a theatre. Therefore, the movie-buffs should go and watch the film in nearby film theatres. Obviously, take all the safety measures, and enjoy the movie.

The film was released on November 24, 2021, in the U.S, and the audience is thankful for their new favorite holiday season film. Opening in 3477 theatres nationwide, House of Gucci is on its way to achieving some impressive numbers.

While we are on the subject of understanding why House of Gucci demands a theatre visit, people already have their views on the film. House of Gucci is a mind-blowing and sensational story of Greed, deception, Madness, Glamour, and Murder. The film introduces you to the 1970s, where Rodolfo (Jeremy Irons) and Aldo (Al Pacino) control the Gucci market. Both of them have their views to maintain the clan and business. Generations change and enter- Paolo (Jared Leto), Aldo’s Son, and Rodolfo’s son Maurizio (Adam Driver). Paolo thinks of himself as a fashion designer. Meanwhile, Maurizio wants to exit the family mess.

His life becomes messier when he meets Patrizia Reggiani, a self-acclaimed “Social person.” The two fall in love, and she enters the Gucci family. Although the Guccis do not welcome her, she makes way into the business and Maurizio’s mind. She provokes him and gets him into the family business. As Patrizia starts her game, the family becomes enemies, and Gucci is shamed for low-quality products.

While many believe that Patrizia was the culprit all along but, was she? Or was she trying to try her luck to maintain the multi-million dollar chain? In between all the mixed reviews received by the film, Lady Gaga’s too-perfect portrayal of Patrizia is genuinely Oscar-worthy. The cast will not let you down; From Adam Driver to Al Pacino, their performance is enough to strike excitement in you.

Also Read: How To Watch The Return Of Superman Online?