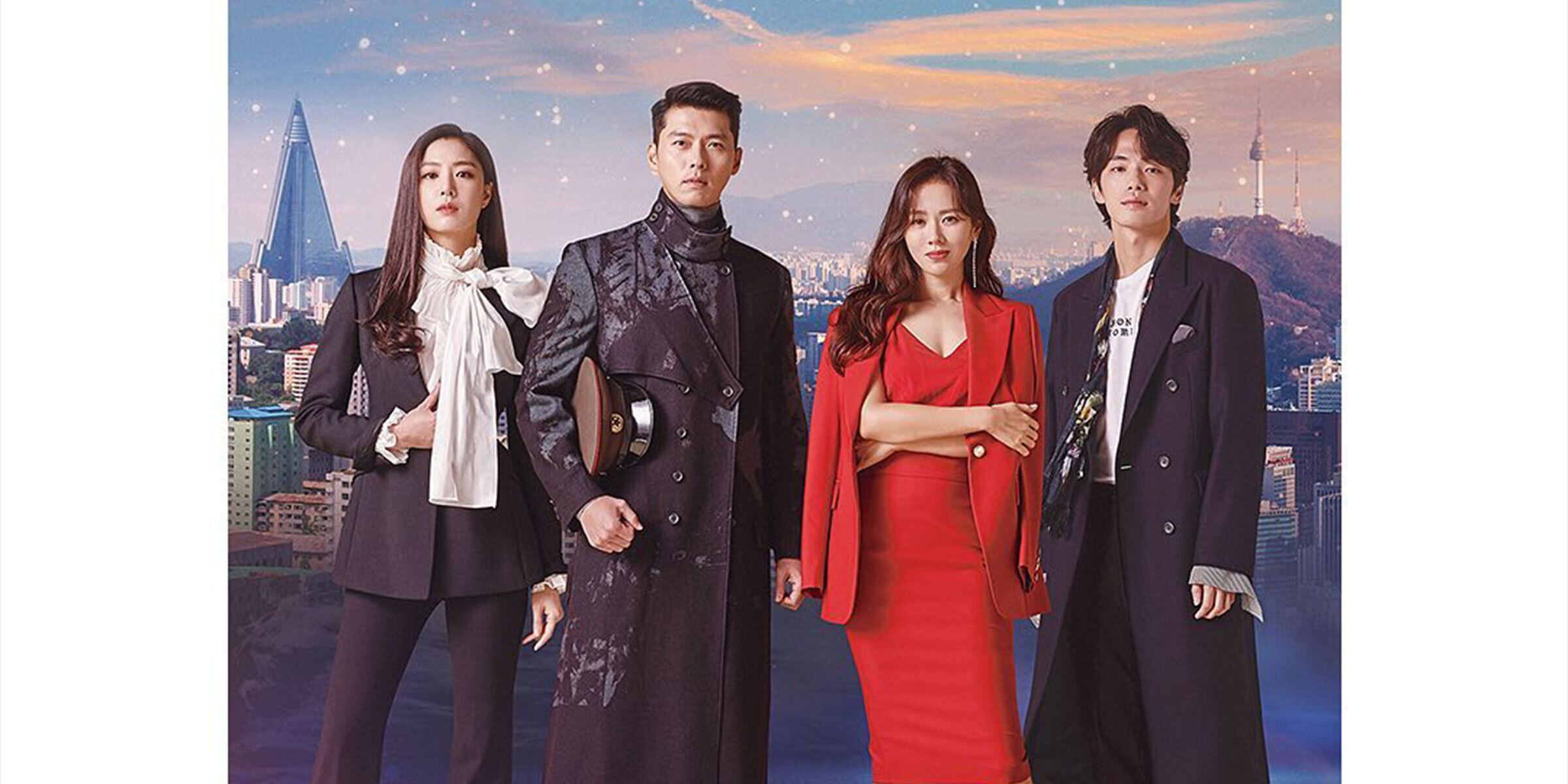 K DRAMA CRASH LANDING ON YOU

Crash Landing On You is a South Korean drama featuring Hyun Bin and So Ye Jin, the real-life couples in main roles. Crash Landing On You is the highest rated tvN drama and the third highest-rated South Korean tv drama in cable television history. If you are a K- Drama fan it’s impossible for you to not know the drama. It took the entire internet by storm, short clips of the dramas were flooding everywhere from the moment it released. When the teasers and the trailers were released it created a buzz in the audience. The latter is the history we all just completely fell in love with drama and its characters.

Also Read: Will There Be Crash Landing on You Season 2?

A quick summary of all episodes

The overall story of the drama is about two people who fell in love with each other despite the country boundaries between them. While paragliding Yoon Se Ri crash-landed on Ri Jung Hyuk and the story started from there off.

In episode 1 we see Yoon Se Ri who went out for a promotional event of paragliding, where due to heave and fierce winds she gets knocked off and faints. When she wakes up she finds herself before a handsome army officer. Later she gets to know she is in North Korea and feels the ground sleeping under her feet. Ri Jeong Hyeok finds her and helps her while providing her a place to stay at his home. 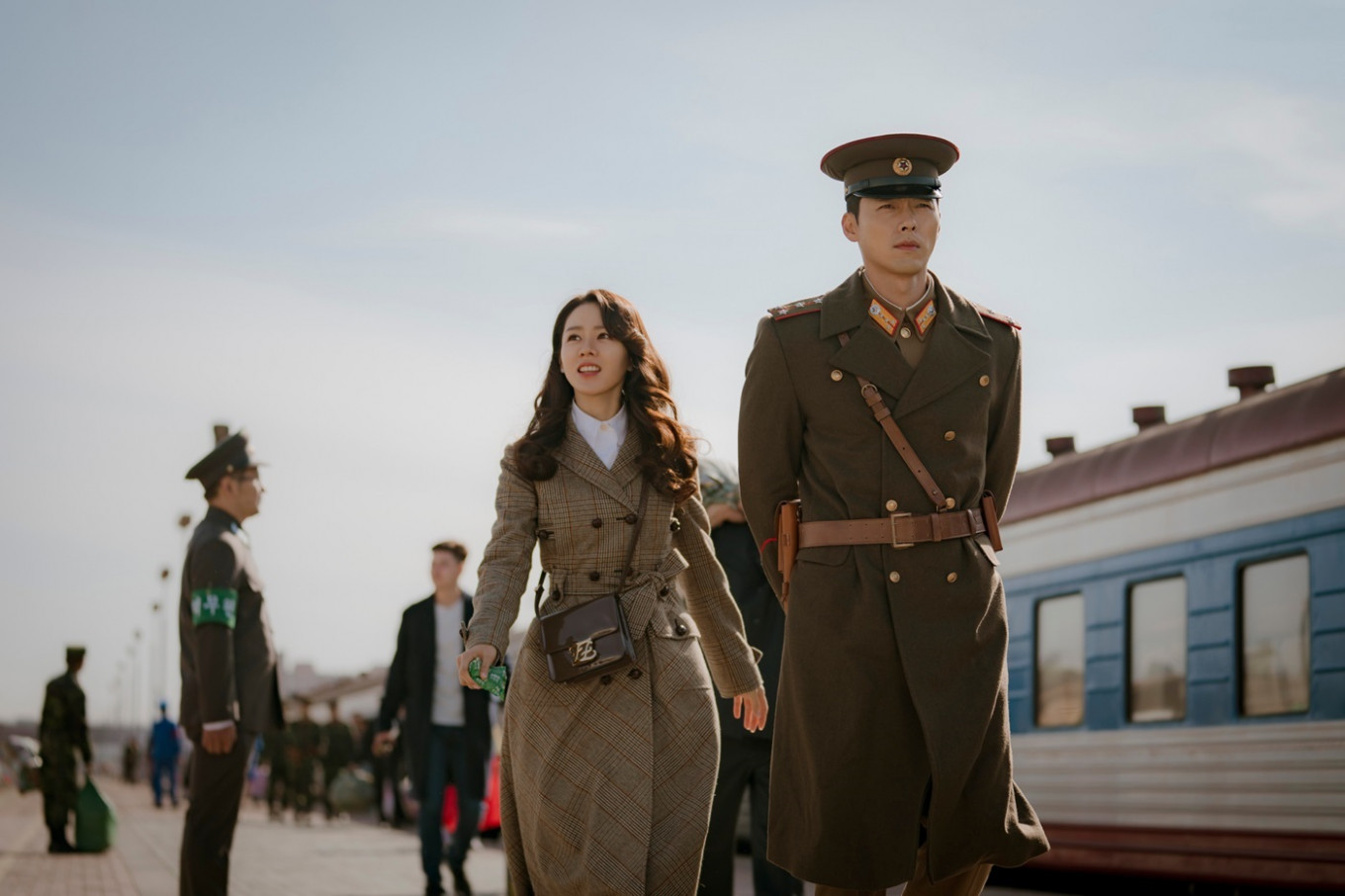 A Still from- Crash Landing On You

In episode 2 we see Goo Seung Jun getting acceptance of refusing into North Korea. Meanwhile, Ri Jeong Hyeok and his comrades help Se Ri for hiding in Pyongyang. Yoon Se Ri gets a taste of life in North Korea and feels alone to which she gets comfort from Ri Jeong Hyeok.

In episode 3 we see Seo Dan returns to North Korea and Ri Jeong Hyeok develops a bold story to cover Se Ri’s stay in North Korea since she has a lot of people eyeing her recently, but fortunately, Ri Jeong Hyeok protects her well.

In episode 4 we see all the escape routes failing one by one for Se Ri, though Ri Jeong Hyeok keeps trying with the constant support of his comrades. Meanwhile, Seo Dan comes to visit Ri Jeong Hyeok in his village and gets shocked to see him with Se Ri. 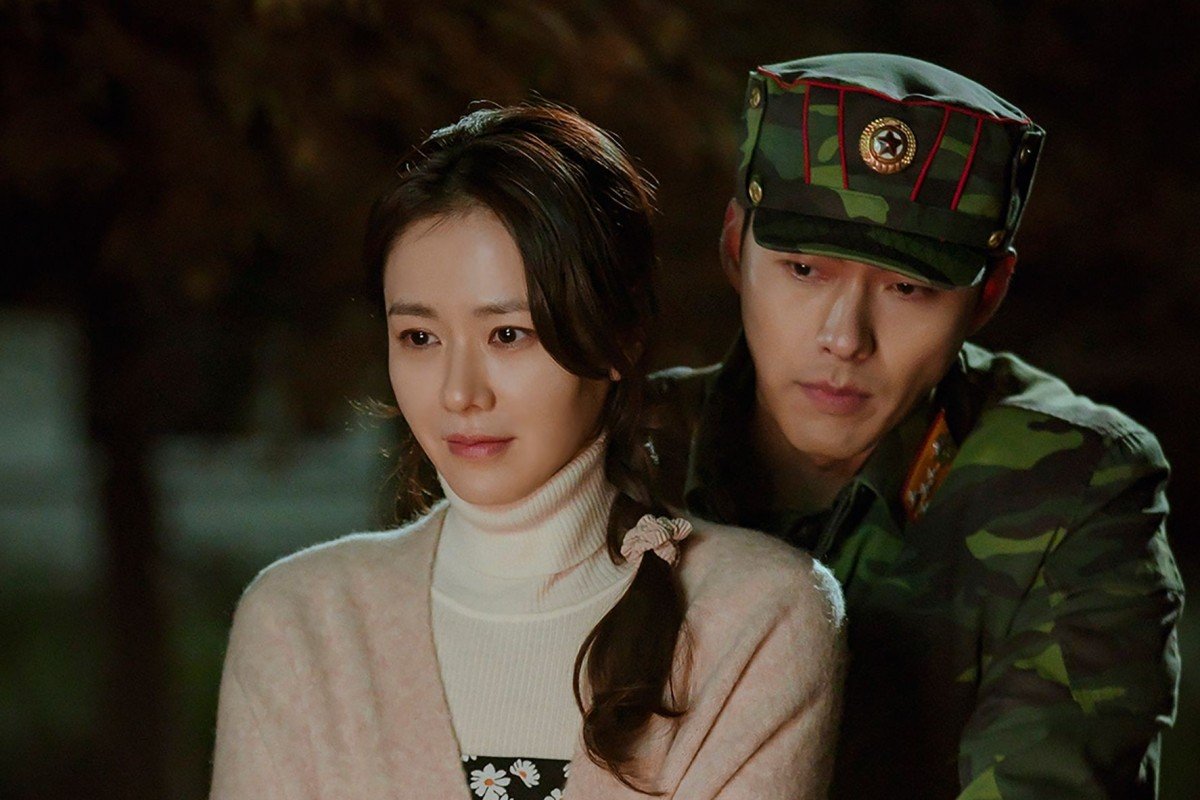 In episode 6 we see Goo Seung Jun laying his tricks and cards to save himself the most he can. While Dan is unhappy about the extreme closeness between Se Ri and Ri Jeong Hyeok.

In episode 7 we see Ri Jeong Hyeok arranges another escape route for Se Ri but gets badly injured. Unable to leave him at that stage Se Ri decides to stay back and look after him. Dan is absolutely unhappy about the whole incident and threatens Ri Jeong Hyeok to get rid of Se Ri as soon as possible else she will disclose her true identity. 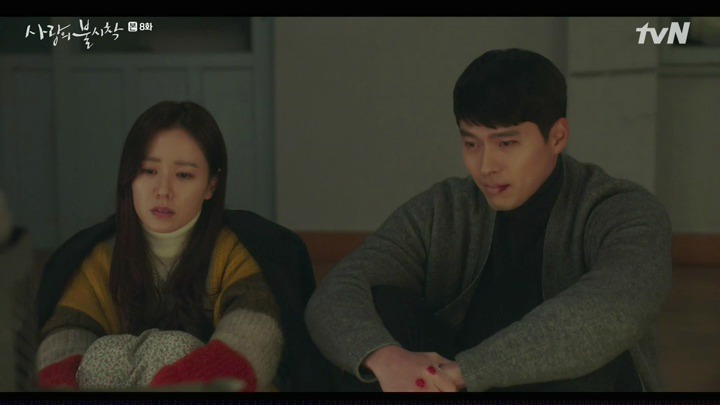 In episode 8 we see Goo Seung Jun again succeed in tricking Se Ri that her presence is bringing him the downfall, but Ri Jeong Hyeok finds Se Ri and are both unable to stay away from each other. The injured Ri Jeong Hyeok is being taken care of by Yoon Se Ri.

In episode 9 we see Yoon Se Ri getting kidnapped by a few men, Cheol Gang pokes in Ri Jeong Hyeok again and again. Meanwhile, Ri Jeong Hyeok tries hard to find out where Se Ri has been taken to. To his shock, he finds out it was dad behind it all. Later the duo spends some quality time together and finally, Yoon Se Ri returns back to South Korea.

In episode 10 we see Yoon Se Ri backing up her spot again amidst her return to South Korea and takes care of her own business, but nothing feels the same as she misses Ri Jeong Hyeok tremendously. We get to see how chaotic yet alone life Yoon Se Ri lives in her country. 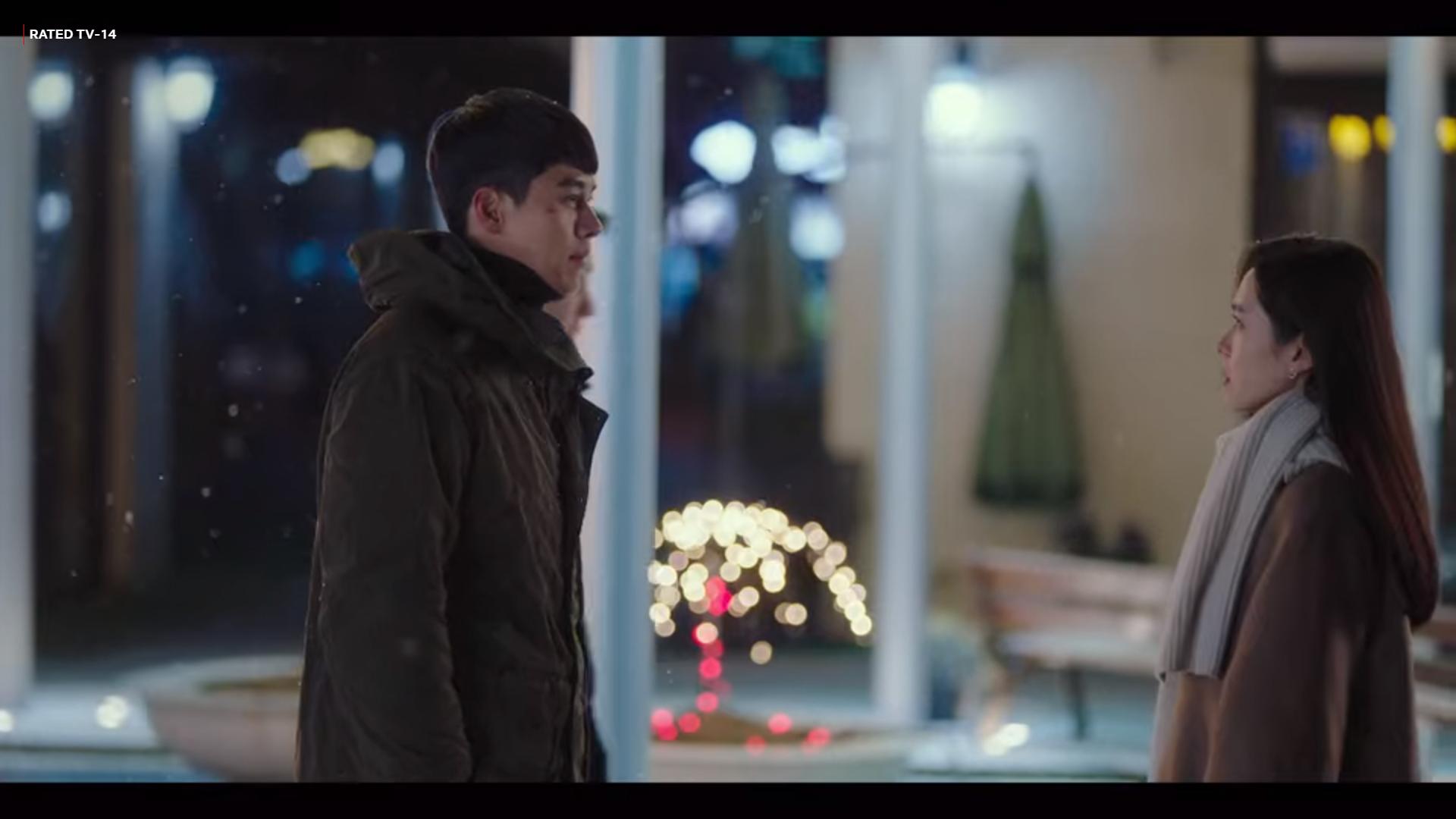 In episode 11 fortunately we get to see a reunion of the lovers, Ri Jeong Hyeok comes to South Korea to protect her from the traps of the Cheol Gang. Ri Jeong Hyeok gets a peek into the life of Se Ri. They are both happy yet concerned. On the other hand, in North Korea, Dan and Goo Seung Jun gets a little close together and Dan helps him to find a new place to stay.

Read:   What To Expect From Debris Episode 7?

In episode 12 the fellow comrades of Ri Jeong Hyeok come to visit him in South Korea in order for his protection. They come to South Korea to help Ri Jeong Hyeok fight against Cheol Gang. The closeness between Seo Dan and Goo Seung Jun continues to grow day by day.

In episode 13 we see a happy atmosphere. Where Se Ri sends off all the fellow comrades of Ri Jeong Hyeok to shopping and they all spend quality time together. 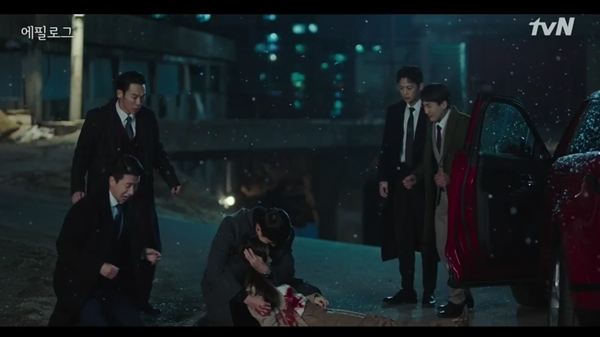 A still from Crash Landing On You episode 13

In episode 14 we see Se Ri in hospital since she saved Ri Jeong Hyeok while coming forward and risking her life in return. Ri nA shattered Jeong Hyeok is seen and stays in the hospital day in and night to take care of Se Ri. In North Korea, we see Goo Seung Jun getting involve with her feelings for Dan and worrying about her.

In episode 15 we see Goo Seung Jun flies away from his captors and rushes to Dan. While Ri Jeong Hyeok takes the blame all on his head and confuses the officials of South Korea. Se Ri comes for his rescue but Ri Jeong Hyeok declines to cooperate and acts harshly with Se Ri for her own good.  While protecting Dan, Goo Seung Jun gets injured.

In episode 16 is the final episode, we see Goo Seung Jun is injured and takes his last breath beside Dan in an ambulance. The scene is utterly emotional and breaks the heart of all the viewers. On the Other hand, Ri Jeong Hyeok comes back to his country after bidding a final and teary goodbye to Se Ri. In the end, we see Ri Jeong Hyeok finds a way to meet Se Ri, in a musical event. They both meet years later in Singapore and spends some time together by living peacefully there for a while.

The cast of Crash Landing On You 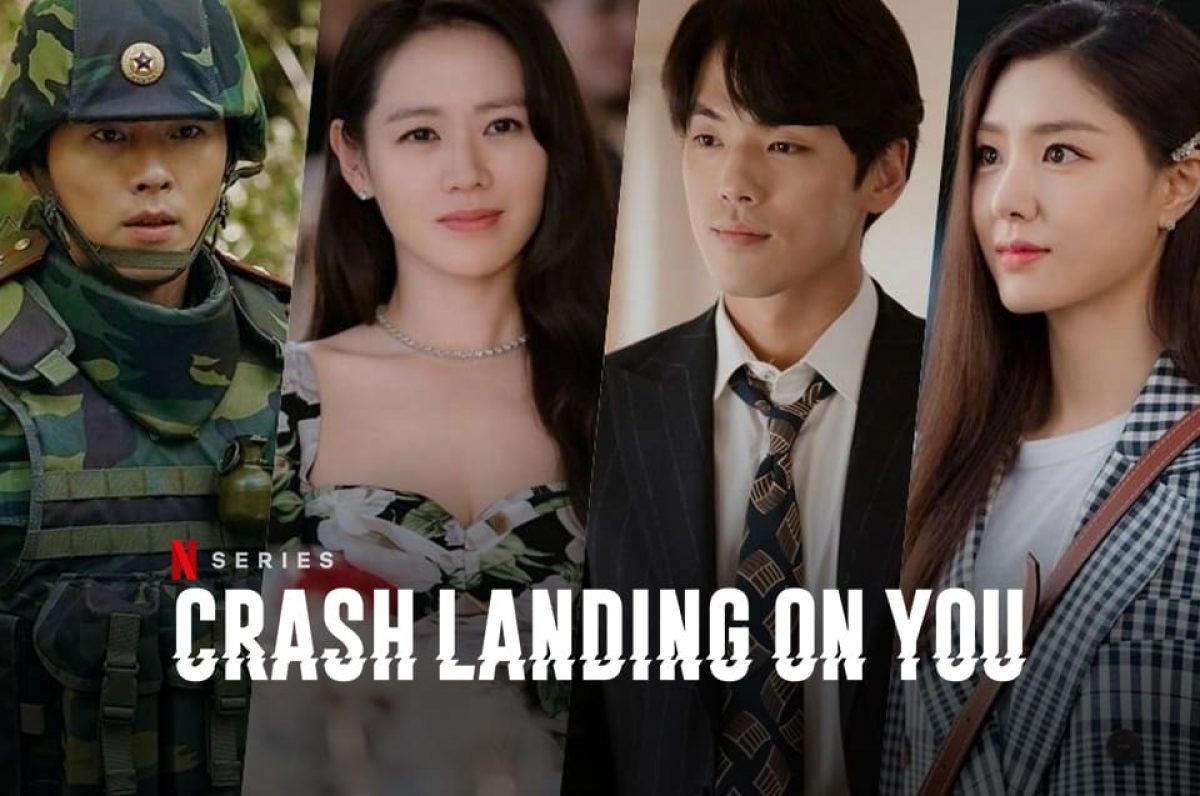 The cast of Crash Landing On You

In the direction of Lee Jeong Hyo and screenwriting under Park Ji Eun, Hyun Bin has been cast as the main lead for the show. Alongside Song Ye Jin, Seo Ji Hye, and Kim Jung Hyun. Hyun Bin and Song Ye Jin have been cast as the main leads for playing the role of Ri Jeong Hyeok and Yoon Se Ri. As second leads Seo Ji Hye and Kim Jung Hyun have been cast for playing the roles of Seo Dan and Goo Seung Jun.

Where To Watch Crash Landing On You

Crash Landing On You aired on the original network tvN and Netflix. It first aired on 14th December 2019 and continued till 16th February 2020. With a total of 16 episodes of each episode approximately to be 1hr25mis long. The drama is available on Netflix all the time along with subtitles. So you can absolutely tune in to Netflix anytime to watch your favorite show.

We also know the drama with popular names as Break Down of love, The crash of love, emergency lands of love, and Loves crash landing. The drama also won several awards and even got a positive response from audiences all around the globe. The brilliant presentation and amazing representation of the plot and the characters make the drama an absolute success. A somewhat similar incident happened with a South Korean actress and the plot inspiration has been taken from it.

The Drama was aired in many other countries as well. The genres of the drama include military, comedy, romance, politics, and drama.  The show was overall a tremendous hit and might even have a season 2 very soon.

Also Read: 8 TV Shows You Must Watch If You Love ‘Crash Landing On You’