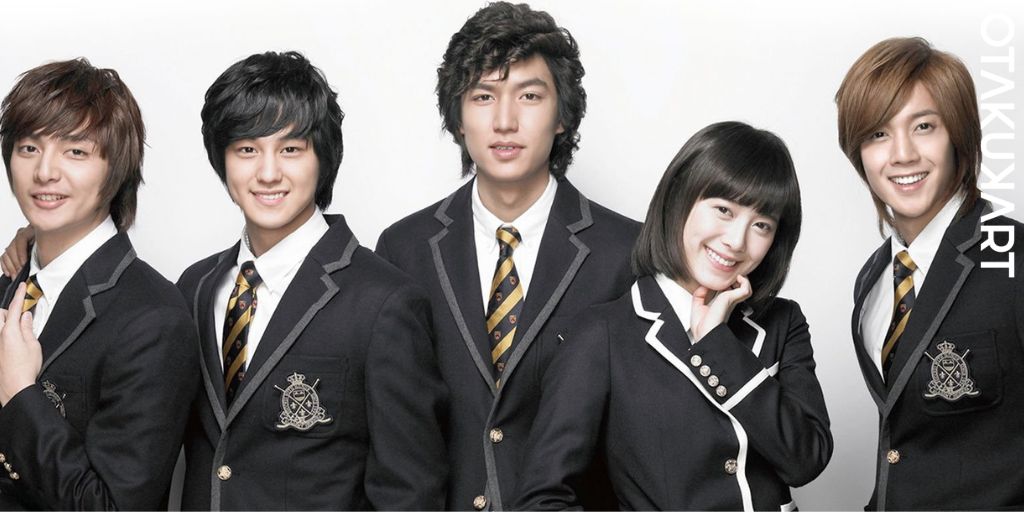 Boys over Flowers, the KBS2 Drama, is probably the first Drama for most of us. At least that’s the case with me. The show first aired in 2009, but it is still as popular if not as relevant as it was 13 years back. All the popular tropes of K-Dramas were incorporated into this show and added to the Drama’s over-the-top success. If you haven’t watched Boys Over Flowers yet, or are looking forward to stepping into the drama world, you are at the correct place. Herein we will tell you where to watch Boys over Flowers episodes.

The Drama brought a turning point in the spread of the Hallyu Wave. All the actors achieved new heights of popularity with the release of the show. Dramas like this one come once in a while that gets popular enough to gain the cult status. Though the show is considered problematic on some levels, we need to remember the era it was made in. Despite all these issues, the show is popular and got many recreations in different countries, the latest being Thailand’s “F4”. Without further delay, let’s get on with the streaming details.

Where To Watch Boys Over Flowers K-Drama Episodes?

The drama first aired in South Korea through KBS2 channel. In 2022, you can stream episodes of Boys Over Flowers on Netflix and Viki. Both are paid streaming services, and if you are a subscriber, you can watch all the episodes at once. There are 25 episodes in the Drama, about an hour-long in duration. The not-so-long duration of episodes of Boys over flowers gives another reason to viewers to watch the Drama at the earliest! The great camaraderie between the characters in later episodes is another reason.

The drama came out in January 2009 and ended in March 2009. The romantic comedy-drama has become a representative of K-Dramas all over the world. It’s truly gained a cult status among the K-Drama viewers.

Going ahead, I’ll tell you the plot and about the stars of the Drama.

Boys Over Flowers Plot And Cast

The drama was not only commercially successful but also sent all actors’ careers to new heights of success. The show stars superstar Lee Min Ho in the male lead role. Koo Hye Sun is the female lead, who was already quite popular when the show came out. We have Kim Hyun Joong, Kim Bum, Lee Si Young, and Kim So Eun in the supporting roles. The drama is based on a Japanese manga with the same name. The manga already had a Taiwanese version and a Japanese version in place, but the Korean version is probably the most popular one.

The drama revolves around a poor but headstrong girl Geum Jan Di played by Hye Sun. She ends up in a controversy with the prestigious school for the elite, Shinhwa High, and is thus offered a scholarship to attend the school. The school has a group of 4 guys who are super duper rich and use their powers to bully the kids.

Jan Di ends up hurting the pride of the Gu Jun Pyo (Lee Min Ho), who is the unanimous leader of the group. Enraged, Jun Pyo tries all tactics to get back at Jan Di but eventually falls for her. Along with him, Jun Pyo’s best friend Yoon Ji Hoo falls for her too and actually helps in times of distress. As the episodes of boys over flowers progress, watchers fell more and more for Ji Hoo’s character for his integrity and kindness. Kim Hyun Joong was an absolute sweetie as Ji Hoo.

The show has the ultimate enemies to lovers trope and also the rich guy and poor girl storyline. If anything, we also have an evil rich mother who tries her best to keep the couple apart. The show is full of drama, misunderstandings, a love triangle, and sweet moments between the main lead and second lead couple. In conclusion, the drama has all the elements that a drama requires for a successful run.

Though some themes like bullying that were shown in the drama are unpleasant, also, the way the male lead is portrayed throughout the show is quite problematic, with his misogynistic attitude. For these reasons, viewers these days won’t vouch for the show. Most of the audience ended up having the second lead syndrome anyways. Nonetheless, the show still remains popular.