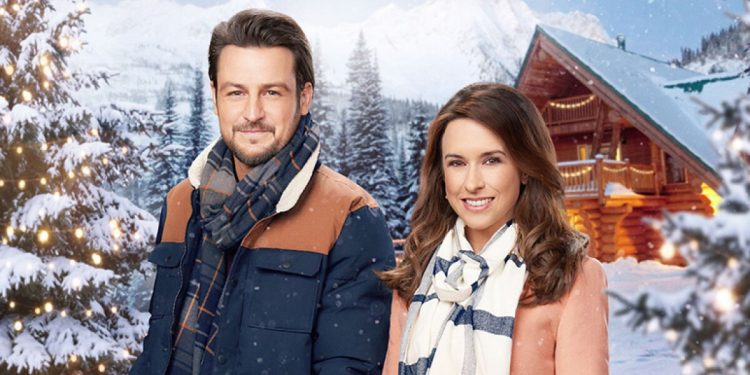 Winter In Vail was released on January 4th, 2020. It is a made-for-television film, which is very popular as more and more people are drawn towards the romance film made as a Hallmark original. It is the first of Hallmark’s 2020 Winterfest film series. Winter In Vail is known for its romance and picturesque backdrop which leaves viewers with a wholesome feeling after watching the movie. It is no different from the other Hallmark movies which have a reputation for making heartwarming family movies. The other movies a part of this series are, ‘Love In Winterland’, ‘Love On Iceland’, ‘Amazing Winter Romance’ and ‘Hearts Of Winter”.

The film is directed by Terry Ingram and stars Lacey Chabert and Tyler Hynes. The movie is a delight to watch especially because of how beautiful the locations are. You can never go wrong with a Hallmark movie when you just want to watch something light-hearted and romantic.

Also Read: Which characters will die in The Demon Slayer final battle?

Winter In Vail is about a woman named Chelsea Whitmore, played by Lacey Chabert, an event planner who lives in Los Angeles. After being passed over for a position as Vice President, she quits her job and moves to Vail, Colorado. In vail, she moves in to a chalet that she inherited from her late uncle. Her uncle was a pastry chef who was famous for his apple strudel. The two were very close at one point but drifted apart after she got absorbed in her career. Chelsea intends to stay in the town till she figures out her next career move. On arriving at the chalet she realizes that there are repairs to be made and she hires a local contractor named Owen Becker, played by Tyler Hynes.

While working on repairs, the pair eventually fall in love. Chelsea also grows fond of the locals in town, including Owen’s father. Owen’s father owns a restaurant which is having trouble keeping up with the other more fancy places in town, after Chelsea’s uncle passed. Her uncle’s strudel was the restaurant’s signature dish.

As Owen and Chelsea grow closer, she finds out that he used to be an architect but decided to stay in his small town to help his father. She eventually finds her uncle’s strudel recipe and recreates it. She then decides to create some buzz for the restaurant by organizing a “Strudelfest”. Just as she acclimates in to the town a former colleague shows up and offers her the Vice President position which she accepts. However, once back in LA she realizes that her heart now lies in Vail with Owen and she returns.

The majority of Winter In Vail is shot in Alberta, Canada. A few scenes were shot in Vail, Colorado but most were filmed in Calgary, Banff National Park, Bragg Creek, Mt. Norquay and Priddis. With small budgeted movies like this finding the right shooting location is very important. They are made by small, independent production houses which cannot afford big Hollywood studios. Sometimes they are shot indoors. In the opening shot of the movie, we can see the gorgeous Children’s Fountain one of the main attractions of Vail. Vail’s Covered Bridge is also seen in one of the scenes of the movie. There was also supposed to be a skiing scene shot in Vail which was cancelled because Lacey struggled with the activity.

Places like the Vail Square, the Kemo Sabe and the Bell Tower were also locations used in the movie. Vail is a picturesque little town and the movie made full use of its beauty. But Vail is not the only beautiful location used for the movie. Some of the scenes are also shot in beautiful Calgary, Canada. Canada, as we know, is used for filming locations a lot. Most TV shows and movies with picturesque backdrops are shot in Canada. Especially for Hallmark originals like Chesapeake Shores, for example, a show known for having a breathtaking location is shot in Canada as well. This is why many people have the intention of visiting Canada one day. They wish to see the beautiful places they see on TV in person.