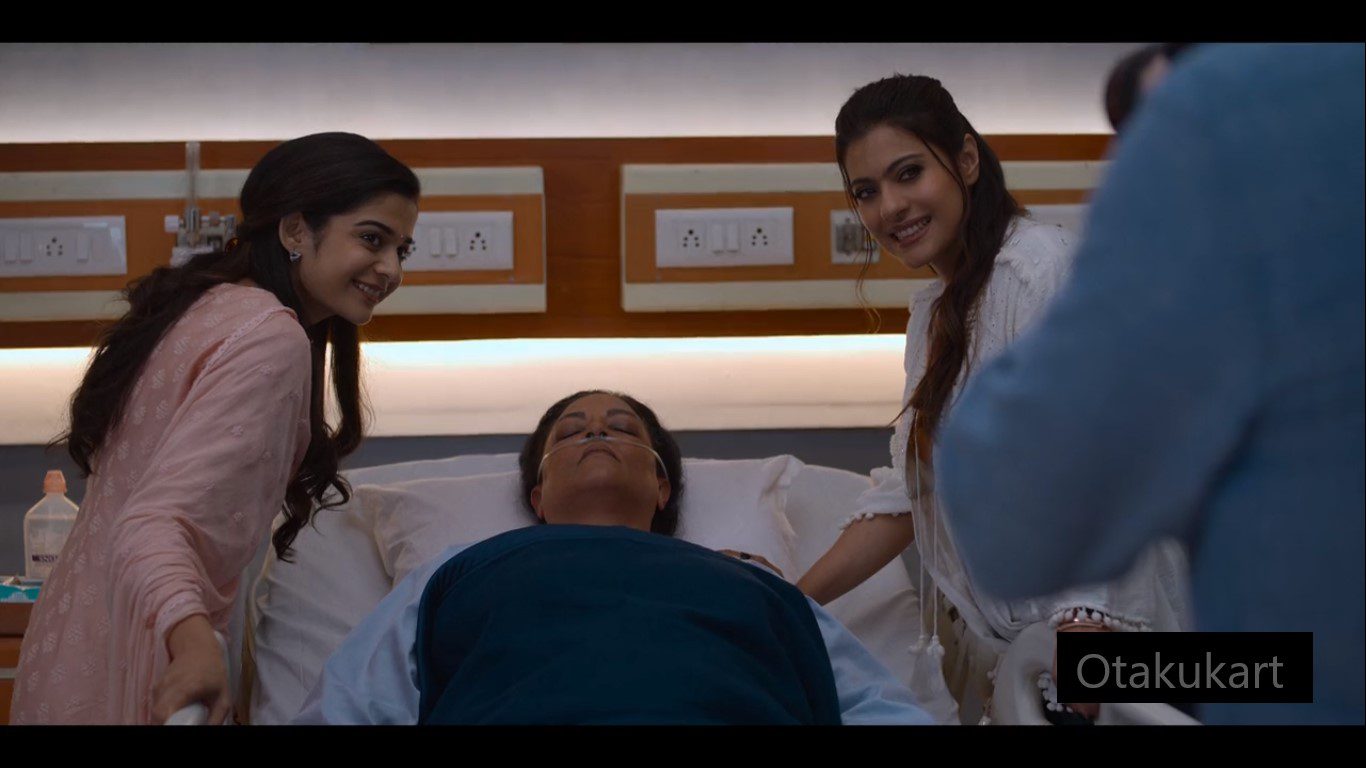 Produced by Ajay Devgn, Renuka Shahane’s ‘Tribhanga’ is a Netflix Original Movie. ‘Tribhanga’ is a trilingual swear words filled movie about various family relations; motherhood the most. Renuka Shahane herself was a Bollywood actress. “Hum Aapke Hain Kaun” is one of her well-known movies. Through the title, she has expressed her love for the Odissi dance. Tribhanga has captivated its viewers, and they have been wanting to know the filming locations of the same.

The movie revolves around the fact that every mother, at her pace, tries her best to give everything to her children and to protect them from what harmed her throughout life. The story is written very honestly. It shows no matter how much we try, every relationship is imperfect. And it’s okay! We should rather value the relations; value the people. The movie depicts three generations of women, mothers, and daughters. It appears like a daughter never understands her mother completely until she becomes a mother herself.

‘Tribhanga’: Does the title have something to do with the location?

Tribhanga is actually the name of a pose from the Odissi dance. The main lead, Anuradha mentions the word to Milan (her mother Nayan’s student) when she finally starts to speak for Nayan’s biography. The lady considers her mother Nayan as Abhanga. Abhanga is yet another pose that is quite weird. Therefore she considers her mother weird. She then calls her daughter Masha, Samabhanga. Here we are told, Masha is balanced (as per the pose name used for her). Then Anuradha mentions herself as Tribhanga, an asymmetrical yet fascinating pose.

Tribhanga was entirely filmed in Mumbai, India. The movie was filmed in 2019, but it was released in 2021, probably due to the pandemic. Netflix kept the movie real by giving it a local effect. An old aesthetic house is used for presenting past incidents, which is an excellent job by the team! The film is majorly filmed in a hospital as the eldest of three-generation gapped women falls into a coma all of a sudden.

Mumbai has always been a filmmaker attractor because of the presence of almost all the types of filming locations one would think of, and the same may be the reason for Tribhanga. The city of Maharashtra is also known as the “City of Dreams”. Not just ‘Tribhanga’ but many more films and web series are filmed in Mumbai alone. The city indeed made many ordinary people film stars validating its alternate name “City of Dreams”.

Which Hospital Is Featured in ‘Tribhanga’?

The filming location is hardly revealed by the team, but we found some glances at the name of the Hospital where Nayan was admitted. The name of the hospital is “Silver Cloud Hospital”. Apparently, there is no hospital in the city of the name “Silver Cloud,” so we believe it was a made-up name. However, it looks very much identical to “Apollo Hospital,” Mumbai, Maharashtra.

There are a few scenes where we see the name of the hospital, like when Anu (Anuradha) is answering the press as she reaches the hospital.

All That We Know About The Location

As the team didn’t speak much of location, all we know is that the movie is filmed in Mumbai, India. The city is full of locations that any filmmaker would want to shoot in. It is the home of various Bollywood stars. Even the lead actress of ‘Tribhanga’, Kajol, is from Maharashtra too.

The Cast of The Movie

In the cast, we have Mithila Palkar as Masha, Anu’s daughter; Kajol as Anuradha Apte aka Anu, Nayan’s daughter; Tanvi Azmi as Nayantara Apte aka Nayan; Kunaal Roy Kapur as Milan, Nayan’s student who wrote her biography later; Vaibhav Tatwawaadi as Robindro, Anu’s brother and Nayan’s son; Manav Gohil as Raghav, Anu’s companion (not the husband); and more. It was Kajol’s digital debut with her husband Ajay Devgan producing the movie.

A Glimpse Of The Movie

‘Tribhanga’ is an exceptionally intergenerational movie presenting three different types of mothers doing their literal best to care, protect and give their children everything good. There’s a Padma Shri-winning Odissi dancer who is too rude to handle. She puts up her walls between herself and her mother, award-winning writer Nayan. It is beautiful how she finally understands her mother’s side of the story, it’s indeed tragic too.