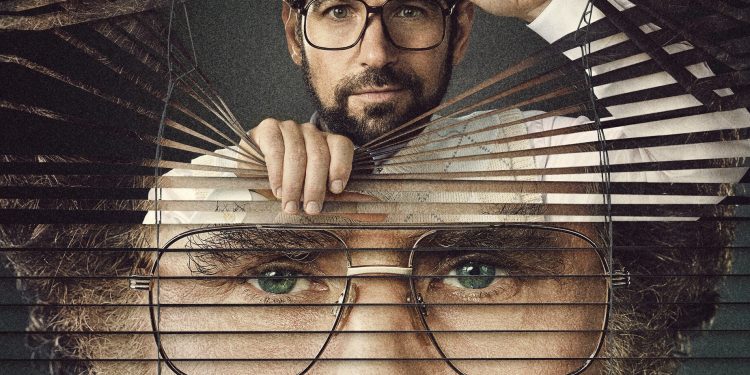 The Shrink Next Door

The Shrink Next Door is a mysterious twist of the buddy show to a deeper dive into the dark methods of being a friend. It’s a pool of manipulation and a fake web of framed friendship. The Series will take you down through several faces of greed and scheming. The Shrink Next Door is a deep story of trust being shattered due to reed. The dysfunctional relationship between Martin and Ike is the true essence of the Series.

Although the storyline is quite disturbing and makes you quiet on this show at a very early stage, but the perfect chemistry between Ferrell and Paul Rudd makes it worth continuing. The audience is, however, amused to see Ferrell in the dramatic role than a comedic one. Fans are inquisitive to know the Filming locations of the Shrin Next door. So let’s find out where was the Series filmed.

The Shrink Next Door Filming Locations

Apple TV Plus limited Series, The Shrink Next Door, was originally planned to be shot in New York as the whole series is set in New York. But COVID had different plans for the Series, and the fillings were then taken to Los Angeles. The production later confronted that some residential addresses are also used for the filming. Some sets were also put up in Broadway Theatre to accomplish the Series’s West Coast filming location. The filming of the Series started in 2020 but, due to the worldwide pandemic, ended in 2021 March.

Also, Read:‘Never Have I Ever Filming Locations: Where is Season 1 and 2 Filmed?

Where Can You Watch The Shrink Next Door

The Shrink Next Door will be streaming on Apple TV+. You can either use a web browser or just sign up for the Apple TV+ on mobile devices or televisions. The Series aired globally on Friday, November 12, 2021, on Apple TV+. The show is an eight episodes series streaming subsequently in the following weeks. You can see the list of the episodes and their plots below.

The Shrink Next Door Episodes

On November 12, 2021, the first episode of The Shrink Next Door aired. The episode is written by Georgia Prichett and directed by Michael Showalter.

Marty’s life is a box of grief, and the grief intensified since their parent’s death. Due to regular anxiety attacks, Marty’s sister Phyllis Shapiro advised him to go to Dr. Isaac “Ike” Herschkop in 1982. Ike has his own unconventional methods of dealing with Marty’s situation. Ike helps Marty and takes him out to play basketball and eat lunch. Marty was delighted with Dr.Ike and decided to return for more sessions and profound their bond. Later in 2010, there was a party at Ike’s big house where a caretaker lashed out and ransacked the backyard. To Dr. Ike’s surprise, the caretaker was none other than Marty himself.

Written by Stuart Zicherman, The ceremony is a jump to Marty’s 40th birthday. Marty missed his first Bar Mitzvah due to stomach and anxiety problems. Ike suggests he should have a second Bar Mitzvah, but Phyllis is totally against it as she feels it will be a dishonor to their dead parents. But Marty and Ike proceeded with the plan and hosted the second Bar Mitzvah. Although the only people to show up are Ike’s wife, Bonnie, and his friends. Meanwhile, Phyllis is planning a celebration with her children in the hope of being escorted by her brother Marty. But Marty continued with the party and abandoned her sister. Hurt Phyllis is left sad and crying with all the decorations and preparation she did for Marty. This episode is directed by Michael Showalter.

Phyllis is having a hard time, for which she approached Marty and asked to open the family’s trust fund. She wants a divorce from her husband, for which she needs money to hire a lawyer. Marty and Ikes plan to grab a business opportunity for a Broadway show. The situation is calmly handled by Ike and the staff members then. Phyllis is not at all like the closeness between the two and decides to meet Dr.Ikes. She took an appointment and went for a visit.

But the session ended up badly. To this, Marty lit another argument with her and refused to help her with the family’s trust. Phyllis is already upset due to the sudden closeness between Marty and Dr. Ikes, and things get worst as she visits Marty’s house. Meanwhile, Marty unveiled his large inheritance and treasury. On this Ikes is ured towards Marty for his wealth and decides to indulge himself more with Marty.

This is the ned for Marty and Phyllis. Marty decided to make Ikes his consultant for the fabric company instead of his sister. Meanwhile, Ikes is blessed with two twin girls. Although bonnie is finding it difficult to handle the girls individually, Ikes refuses any help or a caretaker. Bonnie somehow manages to hire help with her own money. Ikes is recklessly spending Marty’s money which results in absurd situations. Marty asked Hannah, the girl from the frame shop, to be his date to the charity gala show Ikes suggested. Although the show didn’t end up well when Ikes claimed Marty’s $20,000 in an auction. Marty couldn’t handle the sudden burden and ended up having a heart attack. Ikes forewarned Hannah that she should stay away from Marty for his fast recovery.

After Ike’s father’s demise, Marty invited them to live in Hampton’s house for the weekend. But things took a turn, and Ike started taking over the whole house. Ike somehow convinced Marty to redecorate the house according to his will. Ike made Marty sleep in the guest room instead of the master bedroom and asked him to chop down the big tree in the backyard. Instead of Marty telling that the tree belonged to his parents, Ike managed to get it cut. One year later, Ike suggested Ike buy the house next door, and Ike combined it with his house.

Ike starts controlling Marty as he makes him serve his guest while ike is enjoying parties. Marty is continuously getting clues as to when Bonnie broke down and refused to recognize her actual husband, as Ike has changed a lot. Mariam. Ike’s patient warns Marty that Ike made her stay away from her mother, which she regrets a lot. This reminds Marty about Phyllis and how much he had missed during the period. An accident clears everything up; an accident was planned by Ike to announce Mariam as a toxic person and detach her from Marty.

Ike is constantly convincing Marty to take control of the company. In 2010, Ike refused to shift the company to New Jersey. Later, Marty goes to confront Ike and later vandalizes the backyard, as seen in the first episode. Later that day, Marty breaks down in front of Bonnie as he is unable to handle the situation anymore. Marty decided to move on and shifted the company to New Jersey. Ike tried to contact Martin when he missed the sessions. He tries to contact him but finds out that he has been fired from the company.

Marty still decided to make up thins with Ike and give him a second chance. Meanwhile, he is still the same and is trying his best to get into Marty’s life with his tactics. Marty approaches Nancy to streamline his relationship with Phyllis, but she totally refuses. Later, Marty found out that the only reason for Hannah not contacting anymore was Ike, which led to a total nd to Marty’s relationship with Ik. Later Phyllis confronts Marty about staying away from Nancy but ends up reconciling with him.

The Shrink Next Door Season Finale

The Shrink Next Door was globally aired on November 12, 2021, Friday, and the last episode aired on December 17, 2021. The Series ended up with a happy fairytale when Marty is back with his family and sued Ike. The evil is served the punishment as Ike’s license is blocked. Ike even tries one last time to reconcile with Marty, but this time Marty is rigid with his plans. It is finally concluded that Ike’s license is finally nullified, and Marty never completed the sessions with him. Now, fans await the continuation of the series.