Where is The Princess Switch 3 Filmed? The Rom-Com Production Locations

With the perfect happy ending, The Princess Switch 3 is the best way to spend the perfect time. 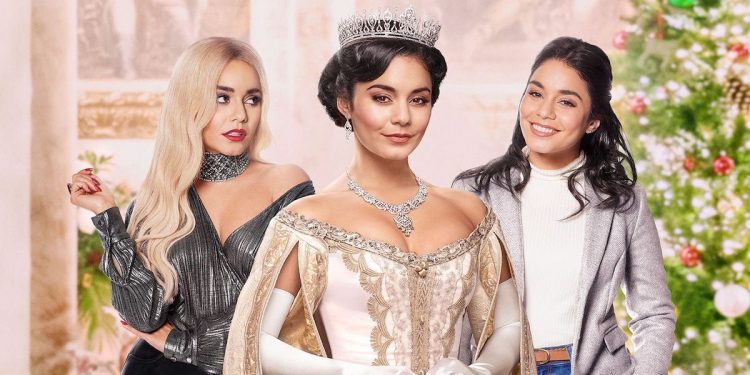 Imagine encountering two lookalikes of yours and sharing a role with them to get a heist done. Yes, The Princess Switch is back with yet another stupendous piece of the story. The two wealthy, generous, and kind royalties and our favorite Fiona. The flirtatious nature of Fiona is what brings a spark into her role and makes her stand out from others. The movie always creates a more ethereal environment to soothe your mind, and that’s the one thing that makes it peculiar. Even between all the chaos and suspense, you will dive into the ecstasy of the sweetness delivered by the characters. Moreover, the filming locations of the film look beautiful, so where exactly is The Princess Switch 3 filmed?

With the perfect happy ending, The Princess Switch 3 is the best way to have the perfect time. As Venessa Hudgens seems really happy in the filming snapshots of the movie, the audience is curious to know the filming location. Well, of course, the palace is the main attraction in the movie but so are the beautiful cities where the movie is filmed? And if you are also curious to know whether the location and palace are real or a filming set, Otakukart is the lead for you.

Audiences are making a rough idea that Princess Switch 3 is filmed in Romania, just like the original Princess Switch was filmed. But there is a sudden twist. Princess Fiona, aka Vanessa Hudgens, shared some pictures of her around the filming set in early 2021. The movie is largely shot in and around Scottish cities. The movie is set in the fictional countries of Belgravia and Montenaro. However, the biggest question is that whether the castle is real or a set, and where is the castle? The castle is actually real and is the Newbattle Abbey College of Midlothian. The location was confirmed while the filming was going on when the college was shut down with all the filming banners around it.

Also Read: Where is Fit for a Prince Filmed? Filming Location Explained

Queen of Montenaro is hosting an international Christmas festival in Montenaro, the centerpiece of which is the “Star of Peace,” a sacred relic. However, nothing went as per plan. Soon after the star arrived, thieves entered the palace and stole it. What’s the solution? Lady Fiona Pembroke, who serves as a custodian in an orphanage, is the one to be approached. Stacy and Margaret accosted Lady Fiona Pembroke, who agreed to help. But this would only be in exchange for Margaret putting in a good word for her when her case is reviewed by a disciplinary board after Christmas. Lady Fiona seeks help from her ex-boyfriend, who now runs his own private security firm, Peter Maxwell. Peter quickly understood the mastermind behind the star’s escape. They soon got into action and came with the perfect plan. But what is a movie without a little suspense and drama?

Fiona found the best time to reflect on her unanswered feelings for Peter as they were getting ready for the mission. The plan started out very well. At first, everything was going as discussed until Peter pushed the plate and aroused an alarm. This led to the hunter’s escape. Reggie and Mindy got panicked and dismantled the fake security footage Peter had installed. Peter somehow got the star and handed it over to Fiona. Peter decided to stay behind to distract the hunter. Meanwhile, Frank picks up Fiona. Margaret too escapes with the help of a friendly coat check man.

But something else was being cooked on the other side. While all this mess was taking place, Stacy got a warning that Fiona’s hearing had been rescheduled and that too on the same night of the heist. Mastermind Stacy, dressed like Fiona and accompanied by Prince Edward as a witness, appeared in front of the committee. But the board decided a commutation on the sentence. As everyone was about to gather at the palace, Fiona discovered that the bag she was carrying was a decoy. Fiona believed that Peter cheated on her one more time and took the star. Believing that Peter tricked them, Stacy and Margaret agree to reveal the truth to the Vatican. Margeret invited everyone for Christmas, but Fiona, Reggie, and Mindy left as the truth about the star was roughly to be revealed.

Although Peter has no wrong intention and does all this to get Fiona’s attention, he tries to convince Fiona to speak with Bianca, who has traveled to Montenaro to make peace with her daughter. Fiona got furious and was about to leave when she realized that she would be making the same mistake as her mother. Fiona went back and forgave Bianca and hugged her. The two then returned the Star to Stacy and Margaret.

The Christmas lighting rests the evening with revealing the truth to Kevin that she gave the police evidence of Hunter’s crimes. Fiona is alone all over again, despite being invited to her cousin’s family. But her knight in the shining armor is there for her. Peter suddenly arrived, and the two shared a kiss.

Also Read: Where is Nanny Mcphee And The Big Bang Filmed?

Is Emma Watson Engaged? Is Harry Potter Actress Dating Someone?