Where is the Invisible City Filmed? The Brazilian Mystery Series 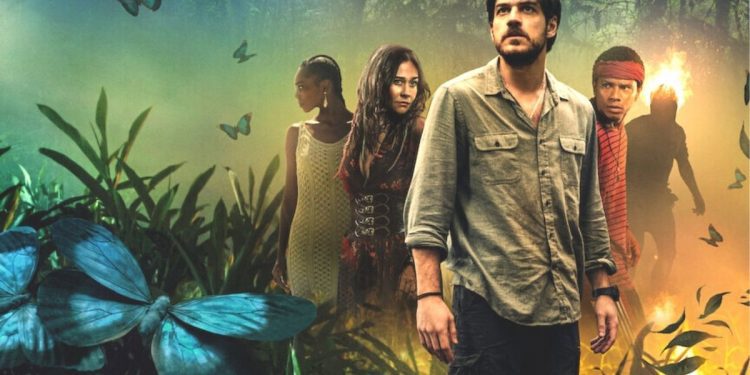 Are you tired of reality? And want to blow some steam by binging some TV series. Invisible City is such a series to go with. This series is an escape from reality. It is a series based on Brazilian Mythical creatures. Invisible City depicts Brazilian folklore and its mythical creatures that have been living somewhere under the deep sea. The show revolves around a town of old-minded people who believed in their folklore. It’s a battle between their mythology and reality. For the sake of expansion and development, some modern people decided to chop down the forest, which might affect local people residing in the town.

Invisible City revolves around local town people who believe in Brazilian folklore. Marco Pigossi played the main role of Eric. Eric is a police officer from the Environmental department. The mystery of mythical creatures starts when Eric is on his way to investigating a dead dolphin that washes up on a beach. The story is based on the old beliefs of the local townspeople and the modern people’s skepticism who believes in expansion and development. It’s a dramatic mystery with supernatural elements.

About Eric – The Investigator

Police officer Eric partnered up with Camilla, played by Jessica Cores. Camilla is a local resident who believes in their folklore. Whereas, Eric being an officer, doesn’t care about folklore. Their duo added spice to the story with new discoveries in each episode. Camilla is also a good singer in the series. She herself sang a few songs in a few episodes.

Other than the main characters, all the other characters also performed well. All the local town people were maintained to contain the mystery. Eric is a skilled officer who unveiled the mystery by connecting piece by piece of his investigation. In the process of his investigation. Eric encounters the true Invisible City habituated by mythical creatures. It made him think twice about the reality after the encounter with the mythical City.

Out of the seven episodes in Invisible City, the last three episodes are where the real action happens. The last episodes are the key to all the puzzles from the series. All the missing pieces of the mystery finally make sense at the climax. Though the series is short, it’s a perfect binge for a mystery thriller. Unfortunately, Netflix neither announced another season nor the English version of season one.

Also Read: 7 movies like Invisible Guest you need to watch

Where is Snowkissed Filmed? All The Locations Explained

Where is Intrusion Movie Filmed? All The Known Locations