In this article, we will try to find out where was the Hallmark Nature of Love filmed and also talk about the plot! 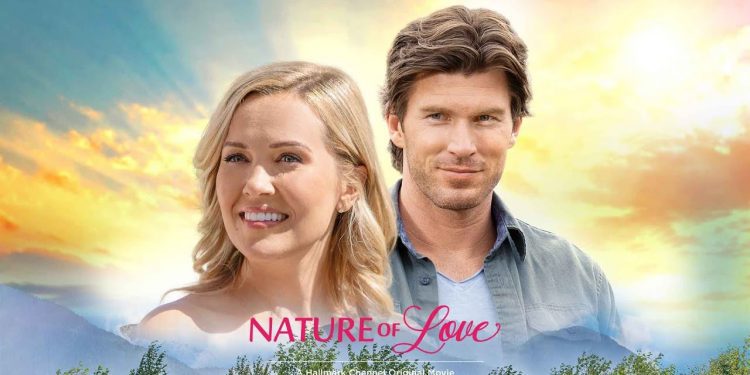 Nature of Love by the Hallmark Original movie, also known as “Love & Glamping”, is one of the sweetest Hallmark stories one could come across. The movie was quite well-liked by the audience when it was released in 2020. We could recommend you to watch the movie if you are into Hallmark movies and also some light-hearted romance that makes your heart flutter. Directed by Marita Grabiak, the movie has a rating of 6.4/10 in IMDB. The movie received a pretty average review from the viewers as it caters to mostly the generic romance theme, which only a few demographic seems to enjoy. However, the scenes of the movie were quite appreciated, and hence in this article, we will try to find out where was the Hallmark Nature of Love filmed?

The plot of the movie is fairly simple, and we will deal with it when talking about the plot in detail. The cinematography and the casting were quite appropriate to the movie and everything fit in perfectly with the mood of the movie. The movie was released in the USA, and now it is available on quite a few streaming platforms. Written by Uma Incrocci, the story captures the romantic feeling quite exquisitely, and it feels very dreamy and feels good.

Where was the Hallmark Nature of Love Filmed?

Now we get to the main question of where was the Hallmark Nature of Love Filmed? Well, you might be surprised that the movie was mostly shot in British Columbia, Canada. What interests the viewers the most is the camping resort that Katie was staying in. However, if you were to try to find out where the resort is, we have some bad news for you. The resort does not exist in real life. The productions team for the movie had made everything on their own. All the scenes shot of the resort and the outdoors were set up by the team. This was indeed disappointing news to us even, as who wouldn’t want to go for glamping?

Most of the scenes are shot in the Alice Lake Provincial Park in British Columbia, Canada. It is some 13 km ahead of Squamish and is an extremely aesthetic place. We are not sure if you can have a glamping experience there, but you will most definitely enjoy the Park if you visit it once. There are a few scenes that were shot in Vancouver, British Columbia. Of course, most of the scenes shot here were the city shots. These two locations were mostly used by the team to shoot the whole movie. If you watch the movie and then visit these locations, we are sure that you will be able to recognize most of the locations.

For those who feel a bit interested in the movie, but could not understand if it’s worth a watch, well here is a small synopsis for you. As all the Hallmark movies go, the story deals with Katie, a city girl who is also a magazine writer. She has to write a featured article on a camping site which is mainly a resort. Hence, she reaches there, and everything changes in her life. She is an indoor person who loves to spend her time reading books. As she goes out for the glamping experience where one gets a comfortable lifestyle, along with that camping experience, she comes to face her fears. She does all the camping activities with the help of her camping guide, Will.

However, as both of them spend the time together, Katie seems to be drawn closer to Will, however, he is interested in the resort owner’s daughter, Olivia. After she completes her featured article, she gets the order from her boss to write an article on Will as the “Mountain Man”. This puts her in a situation of dilemma. She was working on the article by staying anonymous in the resort. She has to choose between her love or following her job. The story is extremely sweet and filled with some cute romantic moments.

You can watch the movie in Amazon Prime.

Also Read: Where Is Cutthroat Island Filmed? All Locations Revealed

Best K-drama OSTs of 2021 That You Should Watch