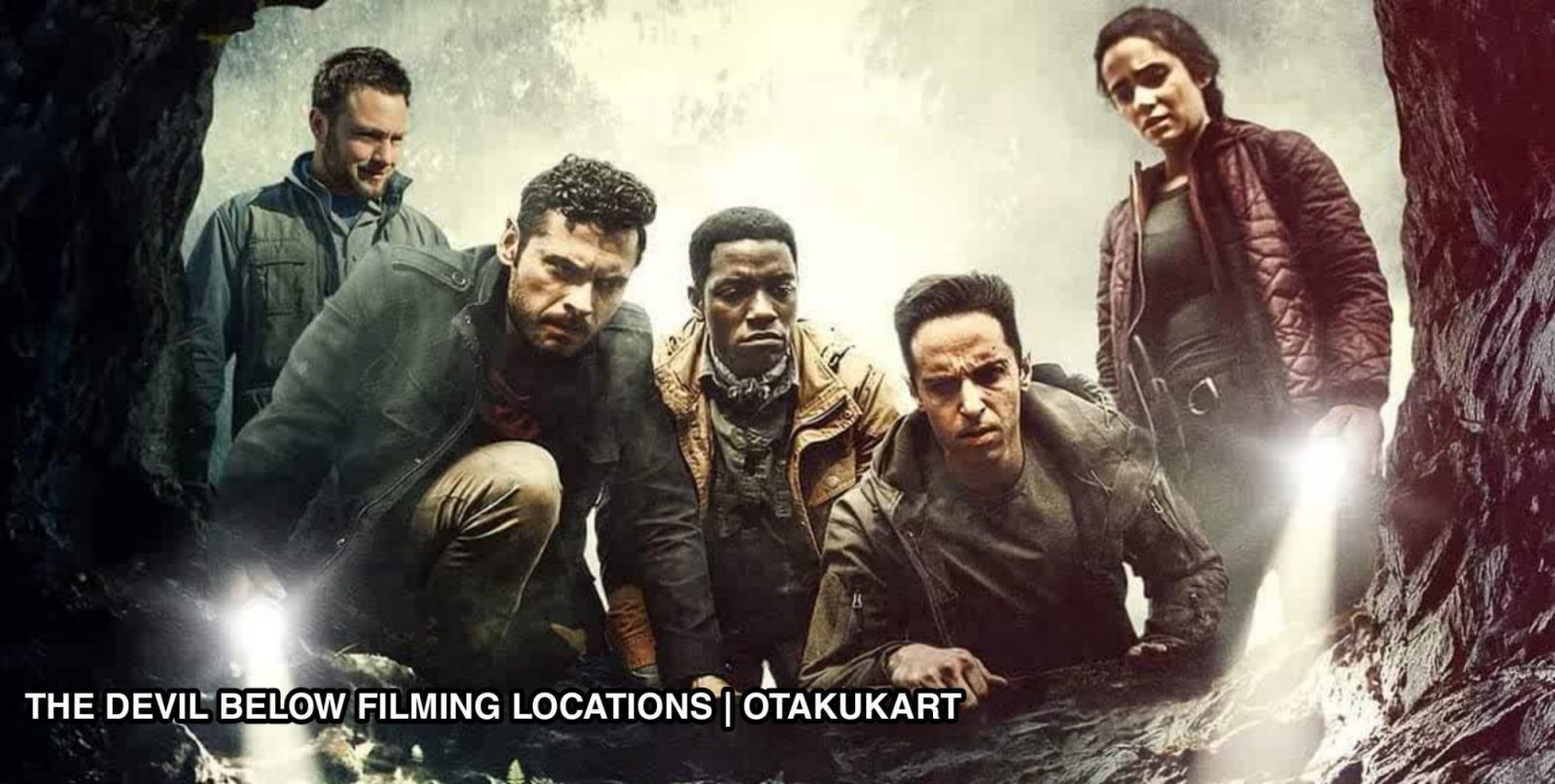 The Devil Below is a 2021 horror film that has garnered massive attention for its mind-bending twists and turns. The creators of this movie have used enthralling concepts and plotlines to fill your mind. And this was endearing for all the horror geeks. The movie surrounds a tale of mysterious monsters that reside in an abandoned underground coal mine. Well, the whole town disappeared without a trace. This attracts a team of researchers, and now they have to dig out the mystery of the Appalachian Mountains. Moreover, the filming locations of The Devil Below have put a huge emphasis on the story of this movie.

They’ve used extraordinary locations to captivate the viewers, and it pretty much worked the way they wanted it to. Speaking of the story, these researchers had to find out the reasons behind the unusual fire that caused such a huge catastrophe. Moreover, it is a Brad Parker directorial. Stefan Jaworski and Eric Scherbarth are the main writers of this story. Even though it is a fictional story, the writers didn’t leave any loopholes within the whole plot. And thus, the filming locations of The Devil Below were very essential, as the whole shooting site played an important role in shaping the story.

The Devil Below Filming Locations

The Devil Below is filmed in Kentucky, United States. And through the entire film, the creators have used the name of a specific place called the Shookum Hills. Since then, people have been wondering desperately whether this place exists or not? So to be more precise, this place doesn’t exist. The creators have created a fictional location to highlight the whole imaginary place in the story. To cover up the locations, the director Brad Parker took the shooting locations to the United States.

He took the shooting sites to places like Mount Vernon, Lousiville, and Berea. Moreover, the cast and crew members always shared their locations and shooting schedules through their official social media handles. And that’s some of the ways wherein the viewers came to know about the filming locations of The Devil Below. To maintain the authenticity of the story, the creators had to begin the shooting pretty early. The movie premiered in 2021, but its shooting began in early 2018. And Kentucky was a great option since the whole place is popular for coal mines.

Also Read: Where Is A Castle For Christmas Filmed? All Locations Explained

Well, speaking of the movie, many of them were deeply excited to unleash the mystery of this story. But many fans were highly disappointed by the concept. As per these fans, the story lacked precision and fear. Many of them didn’t find the story as spooky as it should be. Moreover, they didn’t like the characters and their acting skills. Most of them were pretty blank and didn’t reach up to the mark. The story begins with a pretty common plot. Just like many other movies, The Devil Below includes a series of characters that differ a lot from each other.

Well, some of them are interested to find out the mysteries. At the same time, the others are heavily superstitious and scared. The movie began with the tale of a father and a son in the early 1960s. Schuttmann and Derek were about to head out from their work, but Derek was dragged into the mine by something sinister. But because of the creature’s venom, Schuttmann couldn’t save his son, and he was left paralyzed on the ground. And soon, his son’s screams vanished in thin air. The story then jumps up to the team of researchers who are planning to find out the cause.

But they believe that the town disappeared because of a mineral, and that is the main reason behind the fire that nearly ended the whole population of the town. Moreover, the town is also chucked out from the maps as well. Soon, after several attempts, the team finally finds the Shookum Hills. To their surprise, there is a huge sinkhole, and it is covered by an electric fence. Many people are furious with the researchers because they opened up the fence, and now they have unleashed the secret of bloodsucking monsters from their den.

Also Read: Where is ‘Hang ‘Em High’ Filmed? All About The Cult Film’s Production