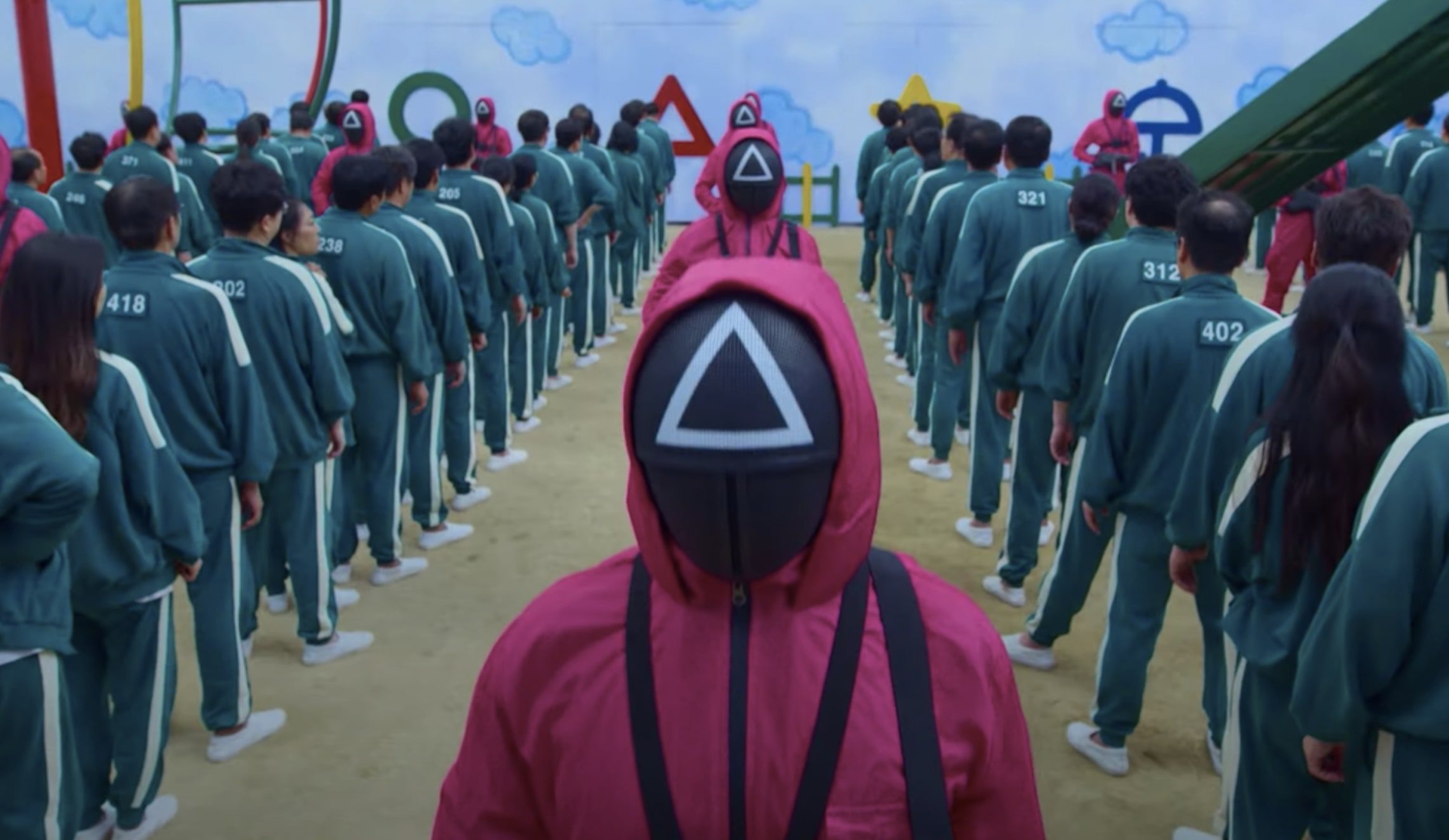 It is nearly impossible to get away from the posts and spoilers of the Squid game. But through many of these posts may not inform you of When was Squid Game was filmed? In this article, we will be looking at When was Ojing eo Geim filmed. Along with that, we will also be looking at some interesting facts about the new viral series. But for those who don’t know, Squid Game, also known as Ojing-eo Geim, is a South Korean survival drama television series created by Hwang Dong-hyuk for the streaming giant Netflix. The show is about a game, where 456 players drawn from different walks of life play a series of children’s fun for the chance to win a 45.6 billion wong. There isn’t anything common in the players selected for the Game, apart from the fact that they all are deeply in debt, thus making them participate in the Game.

While the Game promises huge amounts to the winners, there is a huge catch for the players who lose the Game. The players who fail to win a game will have to face the death penalty. Writer Hwang wrote all nine episodes of this series from the ideas that he had conceived from his economic struggles early in life and the class disparity in South Korea. While Hwang had completed the script in 2009, he could not find anyone to fund his idea until Netflix took an interest as part of their drive to expand their foreign programming offerings.

The show is about a game, where 456 players drawn from different walks of life play a series of children’s fun for the chance to win a 45.6 billion wong.

When was Squid Game filmed?

Now to answer the question which we all have, When was Squid Game filmed? And also When was Ojing-eo Geim. The popular Korean thriller drama Squid Game began Production and filming in June and lasted until October 2020. The set had to go through a mandatory month break at this period due to the ongoing COVID-19 pandemic.

As we have mentioned before, the show’s creator, Hwang Dong-hyuk, had been trying to get an investor a different movie script he had written from 2008 and ended up broke. Since then, he spent his free time in manga cafes reading Japanese survival manga books like Battle Royale, Liar Game, and Gambling Apocalypse: Kaiji. 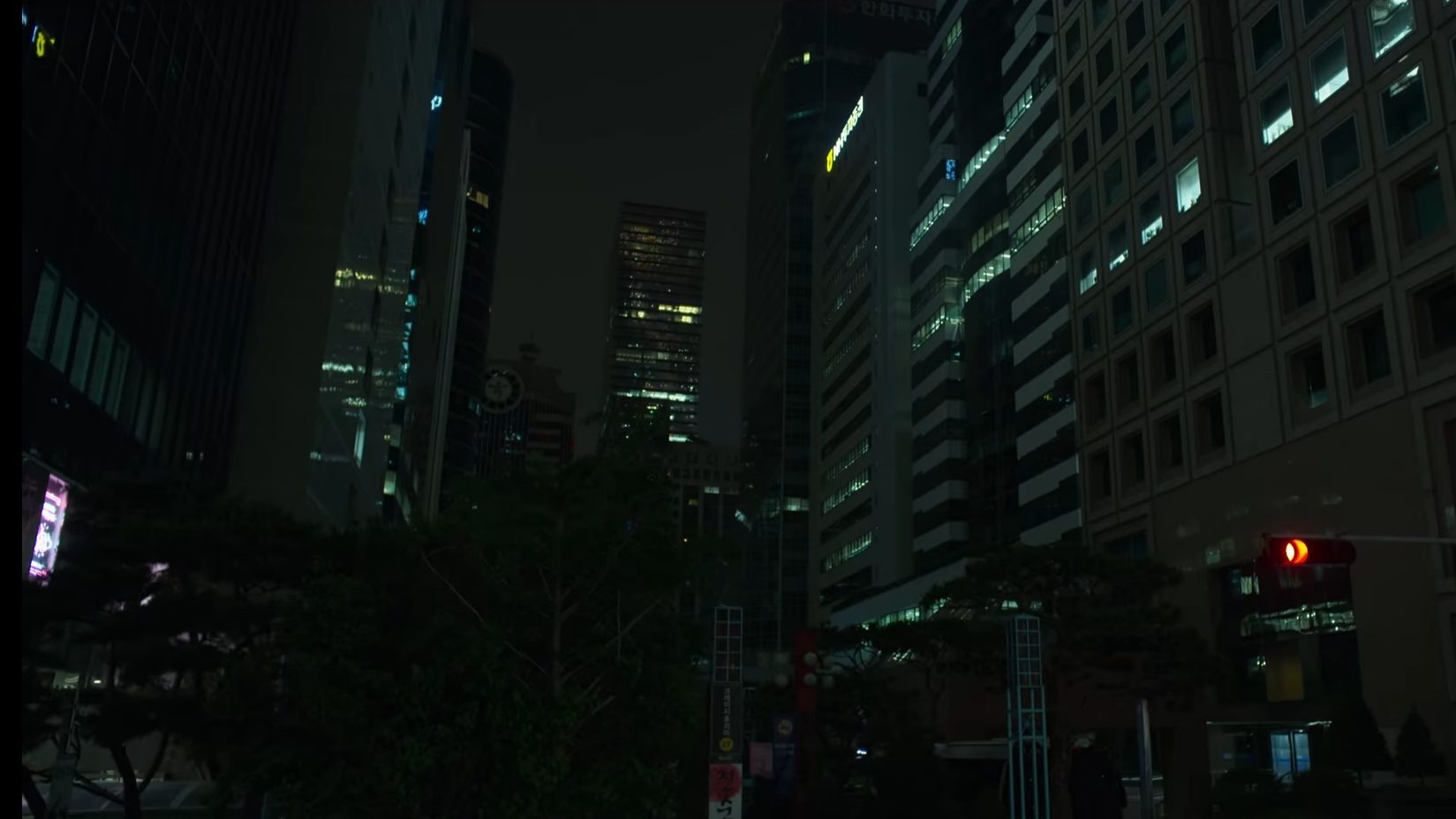 The characters he read influenced him to imagine them the situation like what he had been going through and considered the idea of bringing all these characters to a survival game to win money to get out of debt, similar to how a huge amount can help him get out of his debts, thus leading him to write a film script on that concept in 2009.

Regarding the same, Hwang stated that he wrote the story about a modern capitalist society that depicts extreme competition as the competition in our lives. After completing the story, Hwang tried to sell his story to various Korean production groups but was let down for being too grotesque and unrealistic.

Being unsuccessful in making the project a reality, he put the script aside without any takers and decided to move on with other projects, where he completed three other films. Meanwhile, Netflix looked for significant growth in viewership outside North America and began investing in productions in other regions, including Korea. 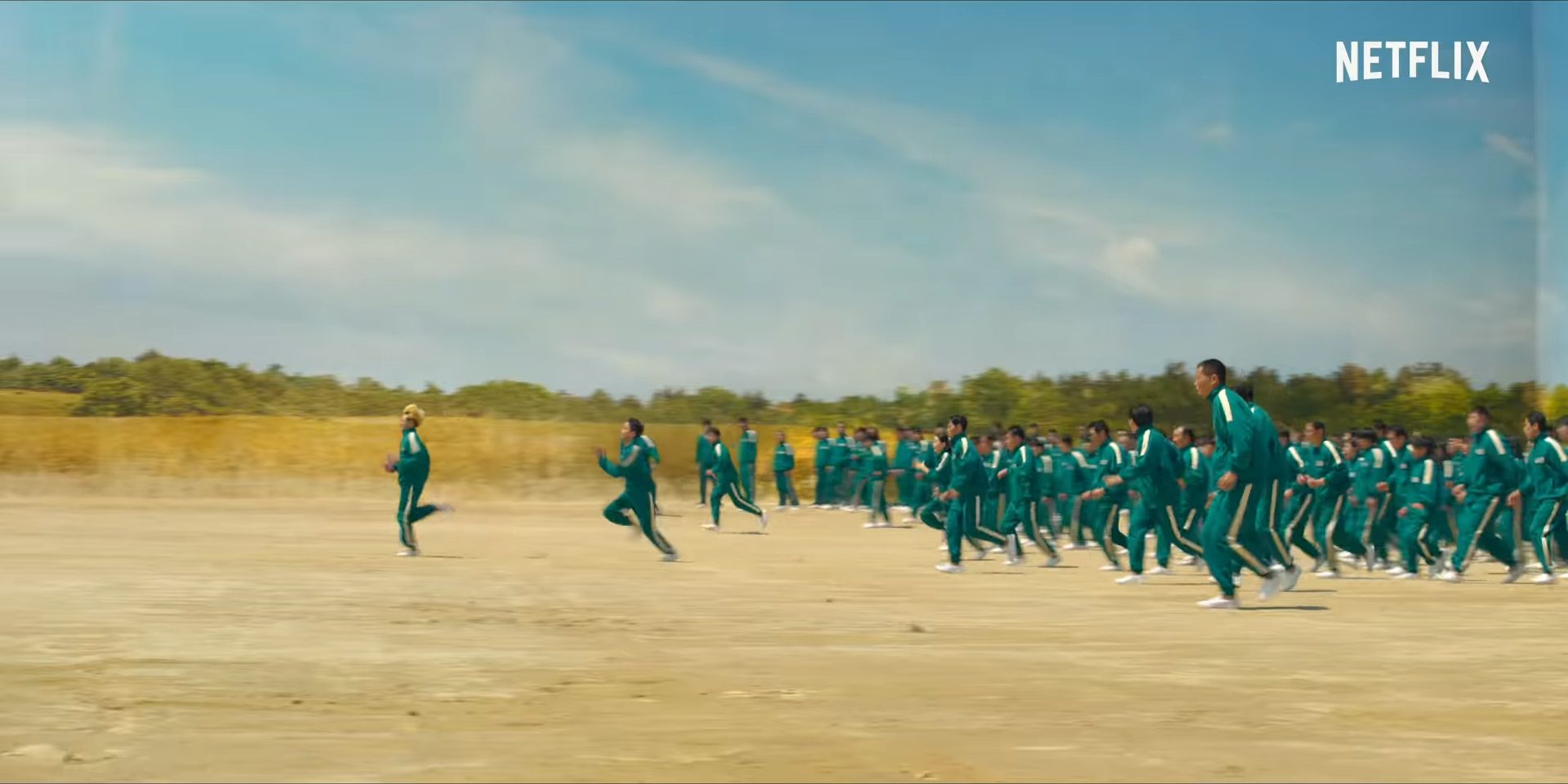 Creator of the show Hwang stated that he wrote the story about a modern capitalist society that depicts extreme competition as the competition in our lives.

As part of expanding their network,  Netflix opened a new division in Asia in 2018. During this time, Hwang brought his script to the attention of Netflix’s temporary WeWork office space in Seoul. Minyoung Kim, one of Netflix’s content officers for the Asian regions, knew how talented Hwang is after watching his film The Fortress and other projects.

What was Squid Game’s real name?

Netflix liked Hwang’s script for Squid Game, and Netflix formally announced the project in September 2019. While Hwang wrote it as a movie, it soon expanded into a 9 part series after Netflix took the project. Initially, Netflix had named the series Round Six, stating that the name squid game would not be familiar to the rest of the world, as it is familiar to Korean viewers from the children’s play.

Even though the Production began with the name Round Six, Hwang pushed on the service to use Squid Game. Hwang’s idea was a success as its cryptic name, and the unique visuals helped draw in curious viewers. It’s been said that this was the most successful show Netflix had ever produced and gained more than 142 million viewers and counting. 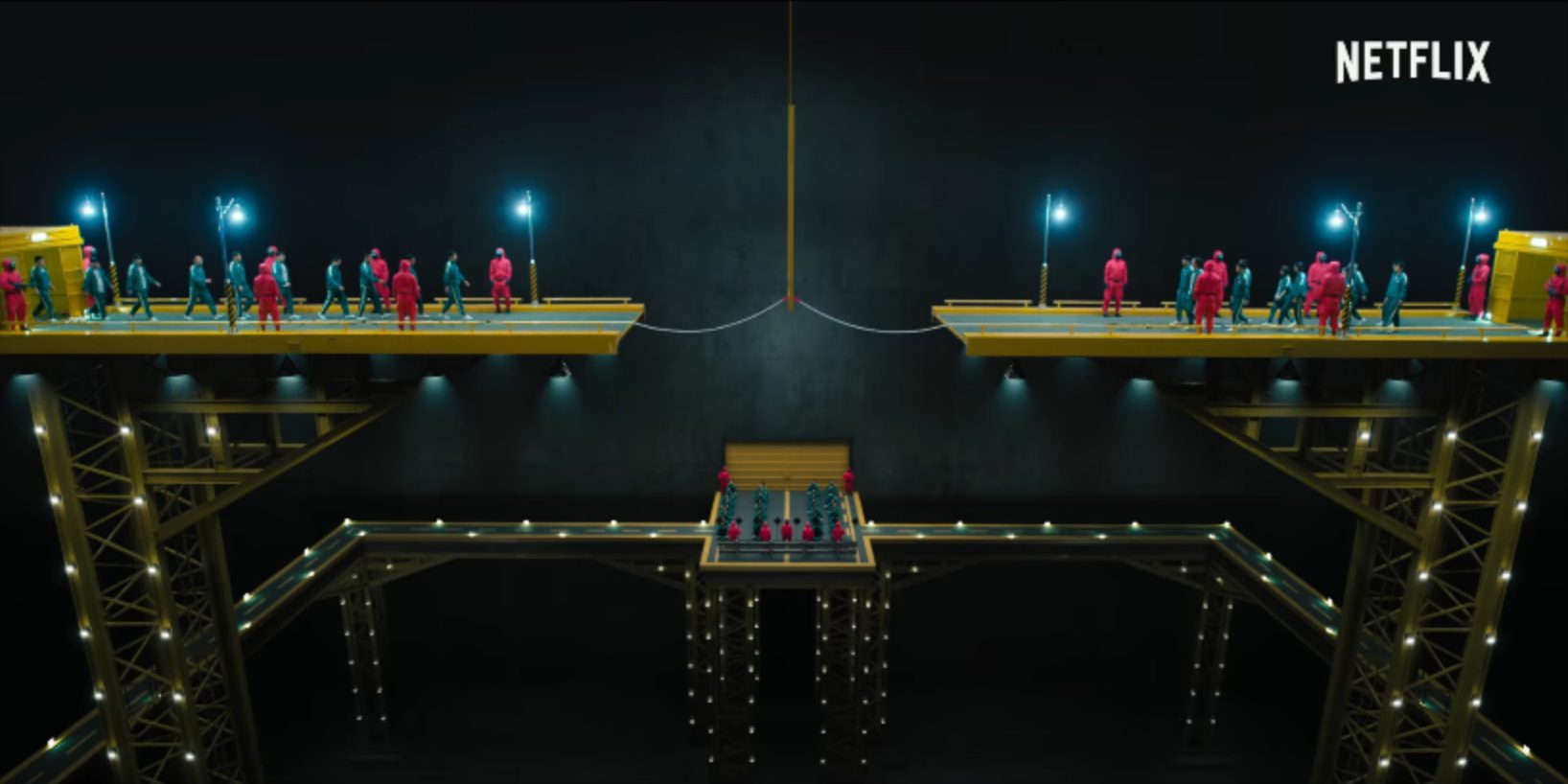 It’s been said that this was the most successful show Netflix had ever produced and gained more than 142 million viewers and counting.

Where was Squid Game Filmed?

Now let us look at where was the popular show Squid Game was filmed. We will look at all of the popular filming locations that we saw in the series.

The majority of the series was filmed in an enclosed games area. The Game is in the series took place on the sets built in the city of Daejeon, Korea’s fifth-largest city and the television production hub. This was also the place where Gi-hun played the gambling. The ‘glass stepping stones’ Game was staged 1.5 meters from the floor, but later the VFX team added the depth.

Daejeon was also used to build the sets of the candy-colored staircase based on the optical-illusion drawing of MC Escher and the reproduction of an old Korean neighborhood used in the marbles competition sequence. Other than that, the robot doll that we see in the first Game in Episode 1 is also filmed here. In the first Game, the doll design was based on a character well known from Seventies’ children’s books called Younghee.

The remote island where all the players stay is Seongapdo, located on the west coast as part of the island-heavy Ongjin province. This island is an uninhabited island, except for a few fishermen with no electricity.

Seoul is the place where many contestants initially resided. We see many scenes of their everyday hard-scrabble existence, especially the life of Gi-hun. In the series, Gi-hun says that he is from Ssangmun-dong, the neighborhood on the far northern outskirts of the city, and this was filmed there.

In the series, we could see him around the Baegun Market, where he visits the fish stall run by the mother of fellow contestant Sang Woo and where the two have a coffee and cigarette together. The scene where Gi-hun tries to win a birthday present for his daughter from a slot machine was filmed at an arcade called Pokopang. 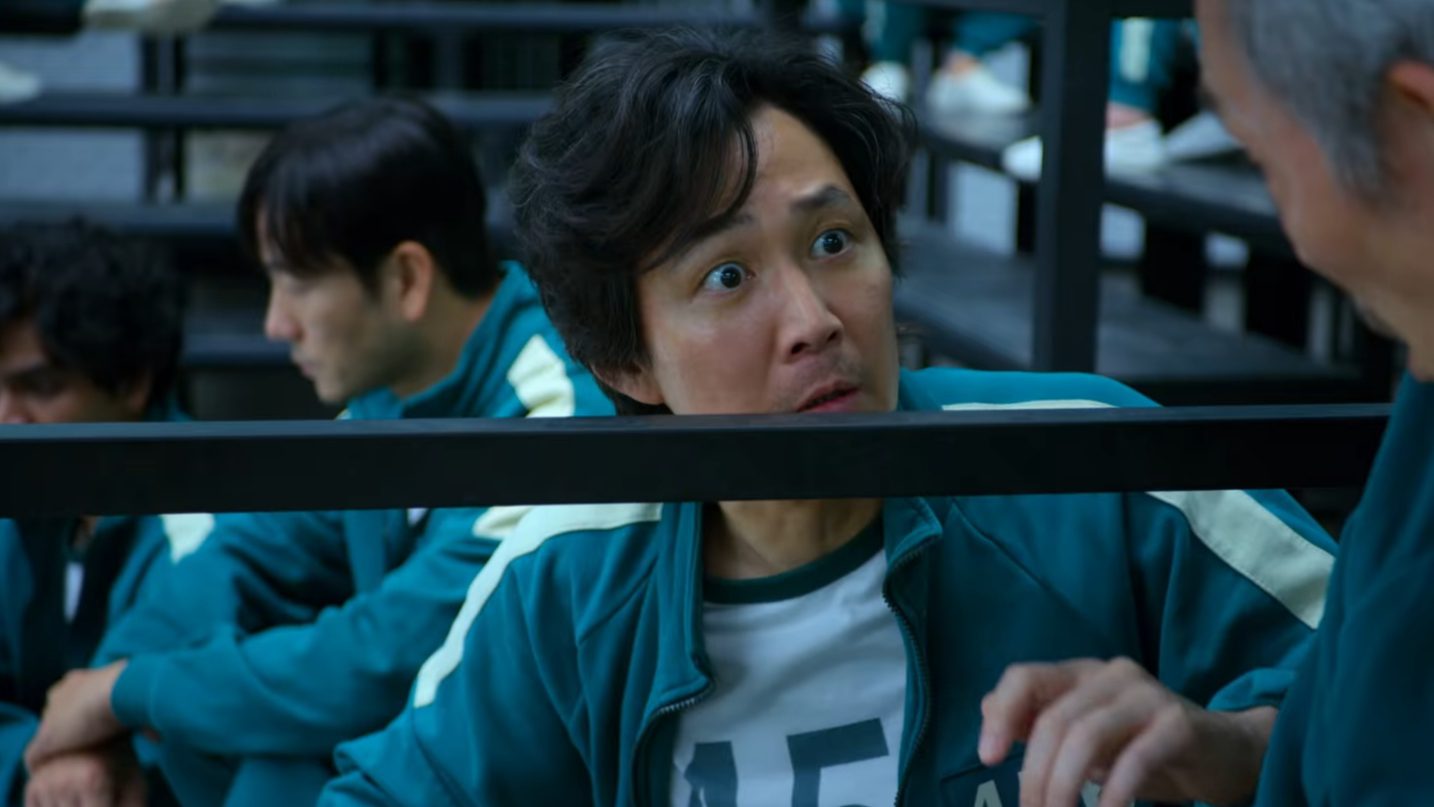 In the series, Gi-hun says that he is from Ssangmun-dong, the neighborhood on the far northern outskirts of the city, and this was filmed there.

As we have mentioned initially, Squid Game is the most successful show that Netflix has ever produced. Within just one week after worldwide release on September 17, 2021, the series was viewed by more than 142 million members. The series was well-received by both the viewers as well as the critiques around the world.

The cast of Squid Game

Now that we know when the Squid game was released and get to know more about the filming locations of the series, it’s time for us to look at the cast of the show. The series stars Lee Jung-Jae as Seong Gi-hun, a divorced chauffeur and a gambling addict. He lives with his mother and his daughter and is struggling to support his family financially. Gi-hun participates in the Game to settle his many debts and have custody of his daughter, who is to leave for the United States with her mother and stepfather.

Park Hae-soo as Cho Sang-woo, the former head of an investment team at a securities company. He and Gi-hun had studied together at Seoul National University, where he was Gi-hun’s junior classmate. Hae-soo is a wanted criminal by the police for stealing money from his clients and racking up massive debts from bad investments.

Wi Ha-Joon as Hwang Jun-ho, a police officer who sneaks into the Game to find the truths about his missing brother. Jung Ho-Yeon as Kang Sae-byeok, a North Korean defector. She enters the Game to pay for the broker, who can thus rescue her parents across the border. She wants to buy a house for her family after she saves them.

O Yeong-su as Oh Il-Nam, an elderly man with a brain tumor. Oh, il-nam wanted to play the game as opposed to waiting to die in the outside world. Heo Sung-tae as Jang Deok-su, a gangster who enters the Game to settle his massive gambling debts. Anupam Tripathi as Abdul Ali, a migrant worker from Pakistan, who entered the game to provide for his young family since he didn’t get any payments from his employer for months. Kim Joo-ryoung as Han Mi-nyeo, a loud and manipulative woman who claims to be a poor single mother.