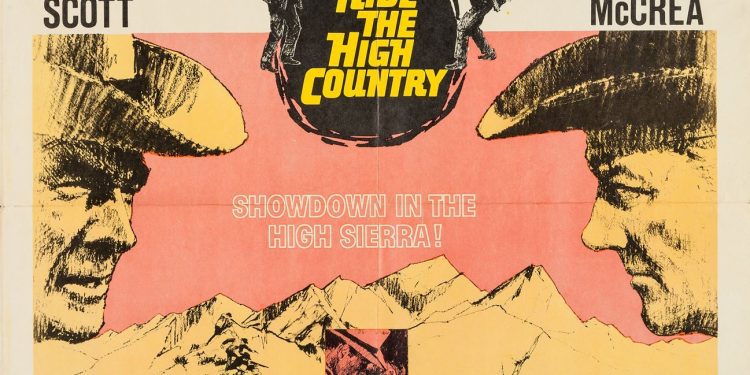 ‘Ride the High Country’ is an American Western film, internationally also known as ‘Guns in the Afternoon’. Released back in 1962, the western revolutionist film was the second movie to be directed by Sam Peckinpah, who also played a major role in coming up with the script. Joining him was the pair N.B. Stone Jr. and William S. Roberts. As for the cast members, this film starred Randolph Scott, Joel McCrea, and Mariette Hartley. The cast also included the likes of Edgar Buchanan, James Drury, Warren Oats, and Ron Starr. ‘Ride the High Country’ was later selected for preservation in the National Film Registry by the United States Library of Congress as being culturally, historically, and aesthetically significant in the year 1992. This was given, considering the popularity of the film, and thus, here we shall look into the filming locations of ‘Ride the High Country’.

Randolph Scott retired from acting once he saw the completed film, as he wanted to quit while he was ahead and that he would never be able to better his work further, making this his last movie. Joel McCrea also retired after this film. However, he later agreed to appear in a few more films. Joel finally retired from acting at the age of 69 after shooting Mustang Country. The embittered characters and realistic gunplay are what made Peckinpah become famous. The film was a Revisionist take on its genre.

Also Read: Where is Tin Cup filmed? Should you watch the movie?

The story revolves around Steve Judd, who is an ex-lawman, his old friend Gil Westrum, Gil’s protégé Heck Longtree and a young woman named Else Knudsen, played by Joel McCrea, Randolph Scott, Ron Starr, and Mariette Hartley, respectively. Steve Judd takes a job transporting gold deposits from a mining camp in the Sierra Nevadas across the mountains to the bank after falling on hard times. He asks his old friend and ex-lawman as well, Gil Westrum, to assist him with this job, to which Gil agrees. They are accompanied by Gil’s protégé Heck Longtree on the dangerous journey.

They later rescue the desperate young woman, Elsa Knudsen, from a horrific life with her abusive father along the way. The men take Elsa to her fiancé, Billy Hammond, played by James Drury, after which the young couple gets married. However, Steve, Gil, and Heck will eventually have to rescue her again when she learns that she will have to endure Billy’s brothers, who intend on “sharing” her for their sexual pleasures.

Steve later learns that Elsa was not the only complication along his journey. He finds out that Gil and Heck intend to steal the gold shipment. Steve, however, is able to thwart their plan to steal the gold, after which Gil runs off and leaves Steve and Heck on their own to face Billy’s brothers, who they have been ambushed by to take back Elsa.

While running away from the situation, Gil’s conscience gets the best of him, and he returns to help Steve and Heck defeat Billy’s brothers. However, in the midst of fighting, Steve gets fatally wounded, and Gil promises him that he will fulfill his mission and get the gold to the bank.

MGM released the movie as a bottom-of-the-bill horse opera, which resulted in the first of many battles to come for Peckinpah with studio executives. The film was initially ignored in the States but was a major success abroad, released in Europe as ‘Guns in the Afternoon,’ and over the years, it became recognized as an important work. Although this was the last of Scott’s films, it was the debut film for Hartley.

Also Read: Where is No Demo Reno filmed? Filming Locations and Cast details for the show!

The filming locations for Ride the High Country were situated in Los Angeles. According to David Weddle’s book on Peckinpah, “If They Move, Kill ‘Em!”, after four days of shooting, a freak snowstorm on the original Inyo National Forest location forced Peckinpah to move the entire cast and crew back to Los Angeles to continue shooting the film in the Santa Monica Mountains. This resulted in them having to use soapsuds instead of the real Sierra Nevada snow for the scenes at the Coarsegold mining camp. Peckinpah was extremely unhappy with the substitution, but he had no other choice but to continue. Despite these problems, the film completed filming just a mere four days over schedule, and only 52,000 dollars over budget.

Also Read: Where Is ‘The Shack’ Filmed? Filming Locations, Streaming Details & Where To Watch?