Where is Ragnarok TV Series Filmed? All The Production Locations 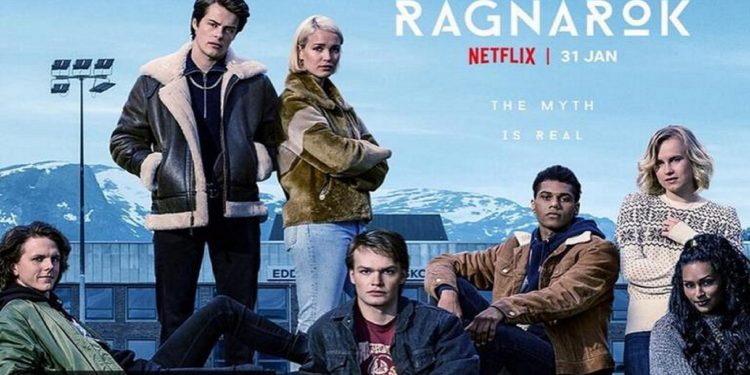 Ragnarok is not a Marvel universe series and definitely not a series of Thor featuring Chris Hemsworth. Instead, Ragnarok is a Norwegian-based TV series. Ragnarok comes under Fantasy and Drama Genre. The very first episode was released on January 31, 2020. It is currently premiering on Netflix. Let’s now dwell on the story and the Filming Locations of Ragnarok without any delay. According to Norse mythology, Ragnarok is a fight between gods which leads to destruction and a New Era.

Ragnarok’s story is all about a small town which fluctuating weathers of warm winters and violent downpours. That is the exact storyline of the series. A fictional town is featured in the Ragnarok series called Edda. But fear not, only the name is fictional Town Edda. It is an actual place called Odda located in Norway. Town Odda is a small town in Norway with five thousand and more residents. Norway is settled between snow-capped mountains. It is popular for its breathtaking locations. Ragnarok series is also well admired by the viewers because of its astounding nature views.

The Ragnarok series is set in Town Odda, Norway. The story starts with two brothers who newly moved to town Edda, which is basically town Odda. The two brothers include the lead character of the series “Magne” played by David Stakston. Jonas Strand Gravil played the role of “Laurits”, Magne’s brother.

Magne felt weird soon after he enters the town. He also felt unusual powers inside of him that are urging him to come out. Magne and his brother joined in local high school of the town. Being new kids of the school, both the brothers were outcast by the other classmates. Though, Magne managed to make friends with other outcasts from his class.

Magne then encountered a rival family. It is known to be the family of giants. It runs a company in their town. Magne and his group of friends then decided to take down giants Jutul. Group of friends with unknown powers is the story is all about.

Netflix filmed Ragnarok in Odda, Norway. The high school scenes from the Ragnarok series were filmed at Odda Ungdommskole. It is located within walking distance from Odda stadium. The outdoor shorts of the rival Jutul family was filmed at the Trolltunga apartments. Viking Haug, a hotel with a view of Sandvinvatnet late in Norway.

The scenes showing Jutul industries which are causing water pollution. Thus creating drastic environmental damage were known to be filmed at Boliden Odda. The Boliden Odda is a Zinc smelter and Zinc Alloy producer in Odda, Norway. It also came under scrutiny for discharging waste. It manages an environmentally conscious strategy in the 1980s.

Ragnarok filming location Odda is often famous for its breathtaking views and crystal clear waters with vast green mountain ranges. Cruise ships often stop at Odda for its well-known waterfalls and hiking trails. Folgefonna glacier is nearby Odda, along with the Hardanervidda National park. It is the largest national park in the country.

Season 2 of Ragnarok is also available to stream now on Netflix. It’s released on the 27th of 2021. After season one, where we can see that Magne emerged with supernatural powers that resemble the powers of lightning god Thor according to Norse. In season two the fights between Magne and Jutul’s family continue and makes their way to the end with a conclusion of the series.

Odda, Norway is the site for the filming of Season 2 of Ragnarok without any change in Locations. The fictional Town Edda from the Ragnarok series Odda attracted viewers with its vivid location spots. Most of the buildings that are seen in the series are built in a style that resembles Norse mythology.

Overall, the Ragnarok series is a must-watch fictional series with a touch of Norse mythology but with a modernized perspective. Ragnarok series got 7.5 out of 10-star rating in IMDb. Ragnarok received many positive reviews with its unique storyline and breathtaking filming locations. With a whole new cast, Ragnarok made its way to the Netflix top charts. Ragnarok is now available to stream on Netflix, with two seasons and 12 episodes. Each episode is around fifty minutes. It is must-watch series for fictional lovers.

Also Read : Ragnarok Season 2 on Netflix : Will We See Loki?

Where is No One Gets Out Alive Filmed? The Haunted House Movie’s Plot & Production

What is Ruth Handler’s Net Worth? How Much Did The Businesswoman Earn?