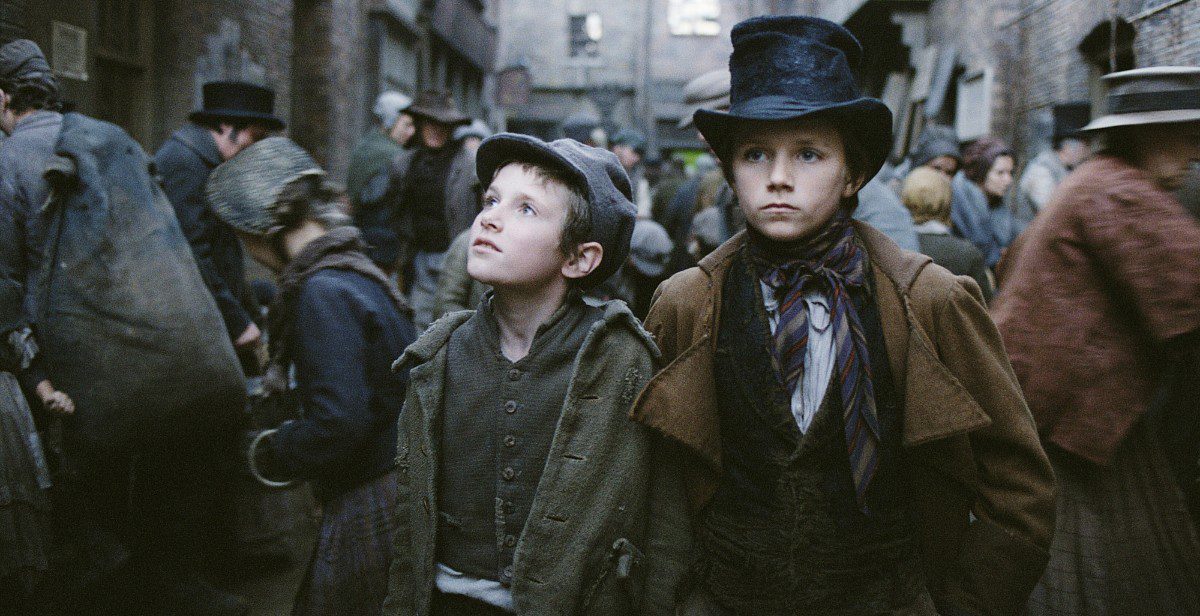 Adaptations are a new age thing people said, but this trend is a never-ending one they never stated. It has been observed for years that adapting stories and content from a pre-written novel, graphic novel or comics are very common. If we start stating names, it might take us a week or so to reach the number of names adapted in world cinema. Whereas, when we talk about stories and classics, Charles Dickens is a legend we can not mention. His stories have mesmerized us from our childhood, it’s the generations who have read those stories and enjoyed them over the years. Oliver Twist is just a mere part of such stories and characters.

Some characters are iconic and then there are extravagant stories. But Oliver Twist itself is about a character who has iconic tales on his own according to Charles Dickens. Needless to say, such written content is rarely made in today’s world. Oliver Twist in general is a mastered character-oriented story that was adapted into a movie in 1948 by David Lean. That movie is still considered one of the prime examples for a film class in academies. Years passed by and the advancement in the movie industry was phenomenal. Hence, in 2005 we saw another take on Oliver Twist which was helmed by Roman Polanski.

Also read, Where is Beat Bobby Flay Filmed? About the Famous Cooking Show

According to the Charles Dickens story, Oliver Twist is a story about an orphan who has an encounter with a pickpocket on the London streets. Eventually, he joins the camaraderie of kids stealing for their master. Now the basic story remains the same. The only differences are the execution by Roman Polanski. The director made it quite interesting with the choice of Ben Kingsley’s character. Because many criticisms came through Ben Kingsley’s way too. A lot of people could hardly imagine him in Fagin’s role. But the performances in the movie was on point.

So from what has been observed, the production value of the movie is tremendous, with the background music and special effects. Also, do to forget the colour and tone of the movie which was apt for this flick. The reception for Polanski’s Oliver Twist was very mixed. The critics had criticized it but more than usual the fans gave out a lot of backlashes. It was quite obvious by the movie that Polanski wanted to showcase his talent, trying out different genres. Which sort of worked wonder after his incredibly violent movie Macbeth.

The major difference from the Charles Dickens story was that of Oliver being removed from his father’s ancestral property rather than showing that, it was shown that Oliver was already living life as an estranged poor orphan living by the streets. Which helped the cause of shooting the complete film at once. So accordingly Polanski went with a convenient production span.

Where is Oliver Twist Filmed?

One of the most eye-catching things about this movie is its cinematography and the performances. The scenic beauty and the locations are impeccably chosen by the director. Places like Zatec, Prague, Beroun, Stredoceský, Barrandov Studios all such places in the Czech Republic have been utilized to their full potential. Every scene, every shot captured in the movie is picturesque and the tone is just complimenting the story and the execution.

Polanski is known for grand movies and back then technology was at its boom. So the use of proper special effects was evident and exactly that is what happened in the movie. The showcase of a crumbling society and an orphan amidst that scenario is well portrayed by the lead Barney Clark. The ambience and the set-up in the Czech Republic were just adding a mere flavour to the screenplay. The supporting cast was well layered through the impeccable costume design which suited the whole storyline well.

Back then it was easy to recreate if they feel existed. So, Prague was where the major production occurred along with certain indoor shoots in Barrandov Studios. The outdoor scenes were certainly taken in Prague because of the beautifully carved old aged buildings and architecture already available for recreation. Also, it was confirmed by Roman Polanski that more than usual sequences were shot inside studios because of the recreation bit of the old ambience. And the recreation was majorly done in Zatec and Beroun.