Where is ‘Love is a Piece of Cake’ Filmed? Canadian productions are always interesting. So, today we bring you the Love is a Piece of Cake filming locations. Firstly, if you are not familiar with this film, it is a romantic movie about a female pastry chef who does everything in her power to keep her family business afloat. Secondly, these sorts of Canadian productions are always family-friendly. And have a very positive message about financial and life hardships and how to overcome them.

Many internet users are wondering where did they film “Love is a Piece of Cake.” And today in Otakukart, we pretend to answer that question. Moreover, this film was released early in late January this year, it was directed by David I. Strasser, and it stars Lindsey Gort. Additionally, apart from telling you where this movie was shot, we are also sharing with you some other details about the locations, the movie’s cast, and where to watch it. Without any further ado, let’s begin talking about this film.

Where is Love is a Piece of Cake Filmed?

Unfortunately, there is no information available —even on the most specialized websites like IMDB— regarding this movie’s filming locations. Believe us. We tried looking everywhere. With small budget productions and recently released films like this one that goes straight to television, it oftentimes goes like this. While Love is a Piece of Cake takes place in Rhode Island, we can’t confirm that it was filmed there. However, we will share with you details about what we do know about this Canadian film. In the next section, we will cover this movie’s plot.

Watch Love is a Piece of Cake Online – Streaming Details

If you wish to watch Love is A Piece of Cake online, we prepared for you a small guide on where to watch it. Firstly, you won’t be able to watch this Canadian film on such platforms like Hulu, Disney+ or Netlfix. Secondly, the place to watch this film is Amazon Prime Video and UPtv. The first option is the most widely available worldwide, as the service is very well known. The second one is more local but a reliable source.

Love is Piece of Cake Plot

A devoted female pastry chef called Jessie Dale is about to lose her family business. The film begins when Jessie and her crew are organizing a great event at Miriam’s Sweet Treats, a 65-year-old bakery in Providence, Rhode Island. Howard, Jessie’s passionate business manager, pushes her to adapt to the times, but Jessie wants to maintain her grandmother’s heritage. Jessie, on the other hand, realizes Howard is correct, so she agrees to begin creating wedding cakes.

She receives her first wedding cake order the moment she announces the change, from Suzanne Cooper, a well-known fashion designer who will be a high-profile client. Suzanne Cooper visits the bakery with her widowed brother, commercial real estate agent Aidan Cooper, and Aidan’s five-year-old daughter, Riley. Jessie is anxious to get started with Suzanne and offers to give baking lessons to Aidan’s child. Despite Jessie’s concerns about a potential conflict of interest, Aidan and Jessie continue to spend more time together. Jessie believes she is in love with Aidan. 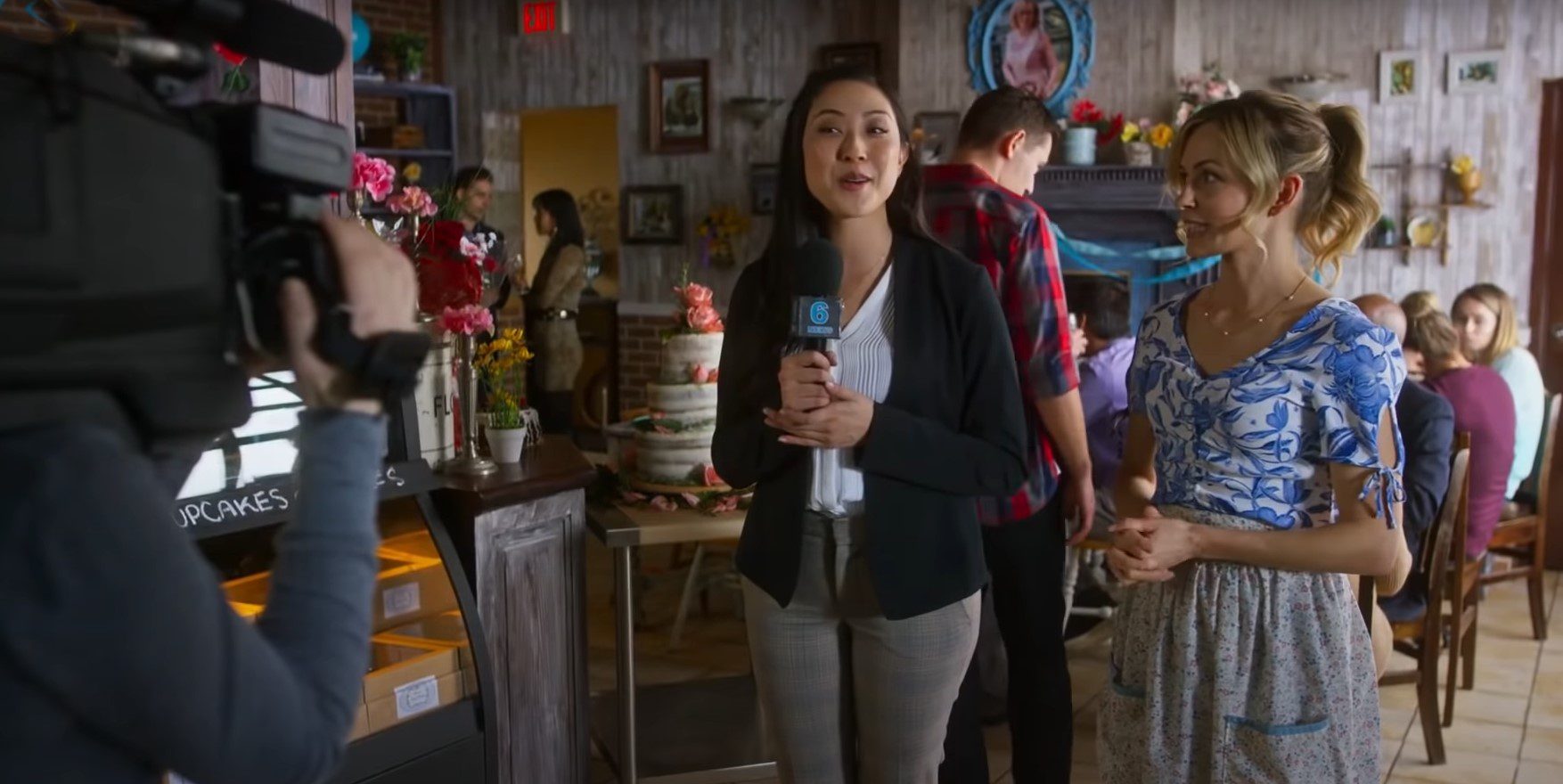 On top of her new relationship, Jessie has her business to worry about. Howard tells Jessie that developers are attempting to purchase her home. Jessie and her crew resolve to put all they have into the store in order to make more money and preserve the building, even if Jessie needs to adapt to the times. Aidan also offers support to Jessie, but her greatest love seems to be stolen from her following an unforeseen turn of events. Jessie must accept that continuing her grandmother’s tradition means baking with the people she cares about rather than in the place she adores.

Also Read: Rang Mahal Season 2: Everything You Need To Know