No doubt, Lost in Space was not actually shot in space. We take a deep dig into the CGI visuals and actual locations of the series. 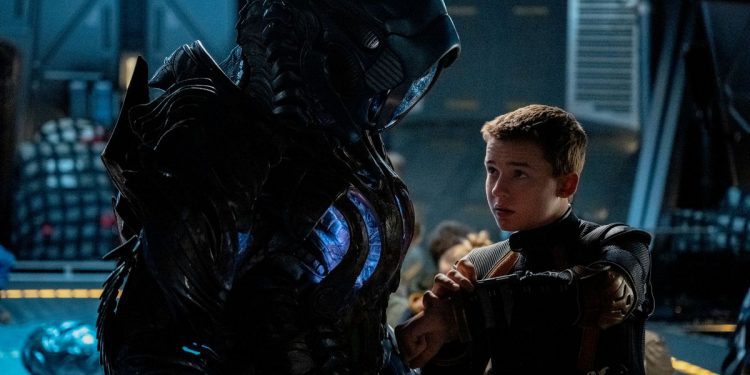 A still from Lost In Space. Cr. Digital Spy

Lost In Space was filmed with a very hardworking crew that specialized in CGI. Actual locations were also used for the filming of the same. The series is a replica of the CBS classic science fiction drama from 1965. It is a classic. The series portrays a family, The Robinson family. They set out on a voyage to explore deep space in search of a suitable planet for life.

The theme of exploring space to find a suitable planet is a concept also seen in Interstellar. However, this series is unique on its own, with exceptional cinematography and graphics. The family is forced to land in an unknown world due to an issue. The series follows their struggle for survival.

The masterminds behind the remarkable series are Matt Sazama and Burk Sharpless, with Zack Estrin being the showrunner. The producers of it are Legendary Television, Clickety-Clack Productions, Synthesis Entertainment, and Applebox Entertainment. Let’s talk about what you clicked on this article for, the filming locations of Lost In Space.

The show, which takes place thirty years in the future, mainly depends on CGI to generate captivating visuals of the scenic beauty and unknown species that inhabit it. The first series was shot in Canada, British Columbia. The locations of the set included Vancouver, Squamish, and Kamloops.

It is said that the shoot lasted for five days and was handled by Iceland’s Pegasus Pictures. The planet where the family is stranded in season one contains elements from a variety of locations, including Utah’s Arches National Park and Kauai Island’s craggy N Pali Coast.

For the shooting of season two, there were two places that were immediately next to Skogafoss’ waterfall and on the big black beach of Cape Dyrholaey. Einar Thordarson, who works at Pegasus Pictures, explained how the creators of the series wanted an ideal location with proximity to water to experience its power.

He said the creators were right in choosing the locations because the audience can feel the power of water in both of these settings. The creators brilliantly brought the components of amazing cinematography and water together to showcase beautiful shots. The two locations are located on the island’s south coast, which is about a two-hour drive from Reykjavik, Iceland’s capital.

Unique Locations And How The Shooting Took Place

The locations chosen by the creators of Lost In Space are known to be unique and one-of-a-kind. Alex Graves, who worked in the famous TV Series Game Of Thrones, returned to Iceland to film for Lost In Space. The reason for Graves to return to Iceland to capture beautiful scenes is him being familiar with the raw landscape very well. He was familiar with the clean, gorgeous light and waterfalls with black sand beaches from prior shoots.

The cast did not include any locals from Iceland, the shoot featured about a hundred individuals from Iceland. One of the most difficult aspects of filming was locating the precise lighting conditions required by the production. One of the creators, Einar said they ended up needing to adjust their initial plan on short notice because of these issues.

The easy part was the two venues being just forty minutes apart. Switching places when it was required was not much of a hassle and did not pose a lot of logistical challenges. One of the benefits of shooting in a place like Iceland was said to be the flexibility to change locations rapidly.

On an island in the Atlantic, the weather is fickle, and plans are made according to the weather to prevent a storm as it could blow portions of sets away. The crew of ‘Lost In Space’ is well-versed in dealing with difficult situations and worked tirelessly to secure the set.

The third season was shot in Canada again. A sequence with Will’s Robot was shot at Capilano River Regional Park. It was seen in the first episode. Another location was The Virgin River. This is a gorgeous region in the District of North Vancouver, with pretty trails and wooden bridges.

June, a character, and the Robot that is seen in the series are shown by a lake in Alpha Centauri in episode seven. It was shot near Brunswick Beach on the Sea to Sky Highway. It stretches from West Vancouver to Whistler and passes beside the Howe Sound.

However, the hospital shown in the series was a studio set with a lot of CGI. The third season was released on 1st December 2021. You can stream it on Netflix along with previous seasons also available on the same.

Also Read: Where is City Slickers’ Filmed? All The Production Locations

Coronation Street Emma’s Boyfriend: Who Is Her Love Interest?