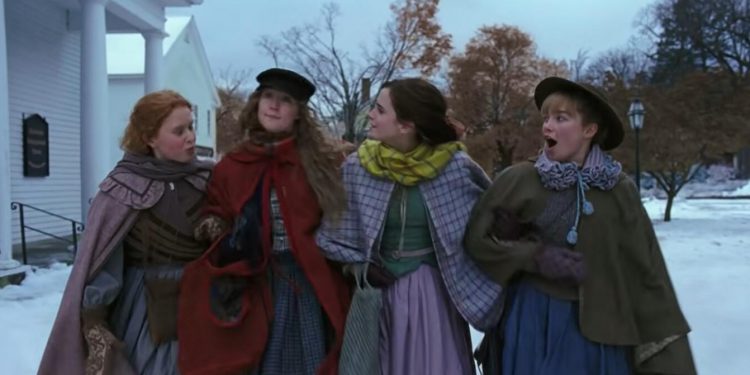 Little Women has established its name in Hollywood today as a renowned franchise. The 2019 film is the seventh movie adaptation of the famous novel written by Louisa Alcott. Louisa May Alcott wrote a novel (Same Name) in 1868. The novel has produced seven films and four TV series. Directed by Greta Gerwig, Little Women released its seventh edition in 2019. It is a historical drama with a Coming-of-age genre. The film displays the growth of the protagonist from childhood to being an adult. There were talks about the filming locations! America is the principal location of Little Women. The filming locations are in Massachusetts only, giving the most realistic experience, as the novel is also based in Massachusetts. Filming in Massachusetts will give any movie a 19th Century look!

The film basically revolves around the “March” sisters living in Concord, Massachusetts, in the 19th Century. The main cast of the March Sisters includes Emma Watson, Saorise Ronan, Florence Pugh, and Eliza Scanlen. Produced by Amy Pascal, Little Women began its development in 2013. Inspired by the writings of May Alcott, Gerwig finished writing the plot in 2018. After finishing her script, Greta became the director of Little Women.

Distributed by Sony Pictures, the 2019 drama grossed $218 Million in the box office! Little Women premiered on December 7, 2019. The movie received lots of praise from critics. Greta’s writing & direction was on point, and the cast’s performance was as well. The film has a running time of two hours & fifteen mins. The picture received six Academy Award nominations. It also earned five British Academy Film Award nominations. So let’s talk about Little Women Filming Locations!

Also Read: Where Is Jaws filmed: All The Filming Locations Of The 1975 Thriller

Where Was Little Woman Filmed: All Filming Locations

The first scene of Little Women is in The Arnold Arboretum, Boston. There is a scene in the Arboretum where Aunt March and May ride a carriage. As they rode through the dirt roads, they spotted Laurie on the footpath. The second scene is in the Emerson Colonial Theatre. It is the oldest theatre in Boston where Jo March gets in a show in New York.

One of the shots is in the Grand Ballroom of Fairmont Copley Plaza, Boston. It is a New Year, and Amy March wants to enjoy it. Amy goes to a luxurious Eve Ball in Paris. The classy hotel has been serviceable for many other films as well. The boarding house apartment of Jo was in the Gibson House Museum. It is a Historic Landmark of Boston. We can find the Museum in the Back Bay of Boston. One of the scenes of Emma Watson is in the William Hickling Prescott House.

Meg travels to the home of a wealthy family for a dance. She feels ashamed for having only one dress to wear, surrounded by rich people. Some other locations are in Canton, Franklin, Lancaster, Harward, Ipswich, and Lawrence. One of the pivotal scenes (fight between Jo & Laurie) is at Gibert Hill in Groton. From the hill, we can see the whole Nashua River Valley. Meg marries John, and the couple moves into a small home. The home is actually in the Fruitland museum in Harward. Little Women Filming Locations is mostly in Boston.

It is 1869, and Jo March (Sairose Ronan) is a teacher in New York City. She gets assisted by an editor who publishes her writing. Amy March (Florence Pugh), in Paris, attends a ballroom event with her friend Laurie. Amy gets embarrassed by Laurie’s drunken behavior at the party. Laurie mocks her for spending time with rich people like Fred Vaughn. Back in New York, Professor Bhaer hurts Jo after he criticizes her short story. Jo realizes her sister Beth (Eliza Scanlen) is ill. She travels back home to Concord, Massachusetts. Their mother, Marmee, gets a letter from their father, who is fighting in a Civil War. Jo often reads the letter to her Aunt. She hopes to see her father someday.

Jo, Amy, Meg, and Beth are living a simple life. All the sisters have their own personal problems. Beth contracts a deadly disease and succumbs to it. Meg marries John but lives a humble lifestyle. She is unable to afford things for herself and John. Items that many people can buy with ease in the prosperous life of New York. Amy is often jealous of Jo and her writings. She and Laurie live in a love-hate relationship. She loves Laurie but is angry with his behavior. Laurie apologizes, but Amy refuses to talk. But ultimately, they both marry each other in the end. After Aunt March passes away, the sisters inherit her property. They open a school where they teach young students. So what is Jo’s role in the film? Jo’s short story was all about Little Women! 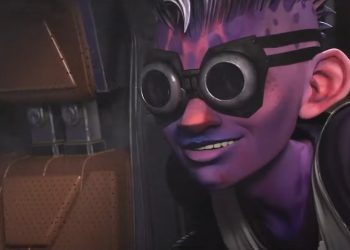 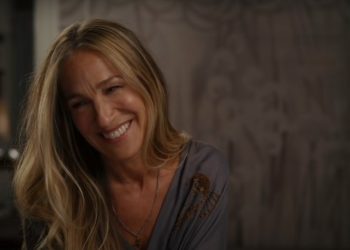