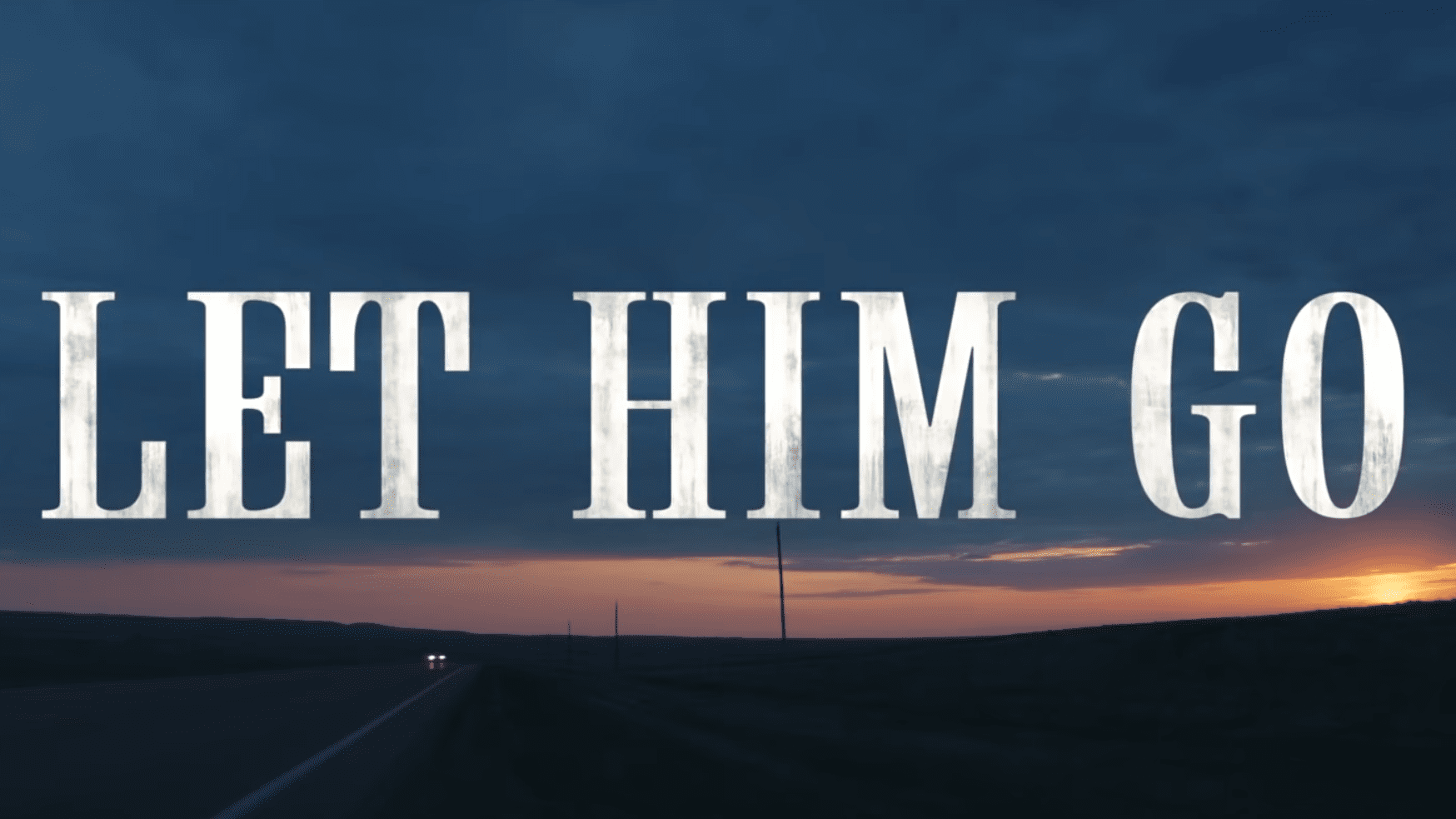 Let Him Go is a 2020 American neo-Western thriller drama film. In this article, we will be looking at letting him go to filming locations. Let Him Go movie is based upon the 2013 novel of the same name written by Larry Watson. The movie’s story follows a retired sheriff and his wife, who is set to rescue their grandson from the clutches of a dangerous family.

The story is set in 1961, where we see retired sheriff George Blackledge living with his family on a ranch consisting of his wife Margaret, their son James his wife Lorna, and their infant son Jimmy. One day in the afternoon, Margaret sees James’ horse out on its own and feels that something is not correct. George rides his horse out to the woods to find James’ body by the creek. He found out that James had fallen off his horse and had broken his neck. 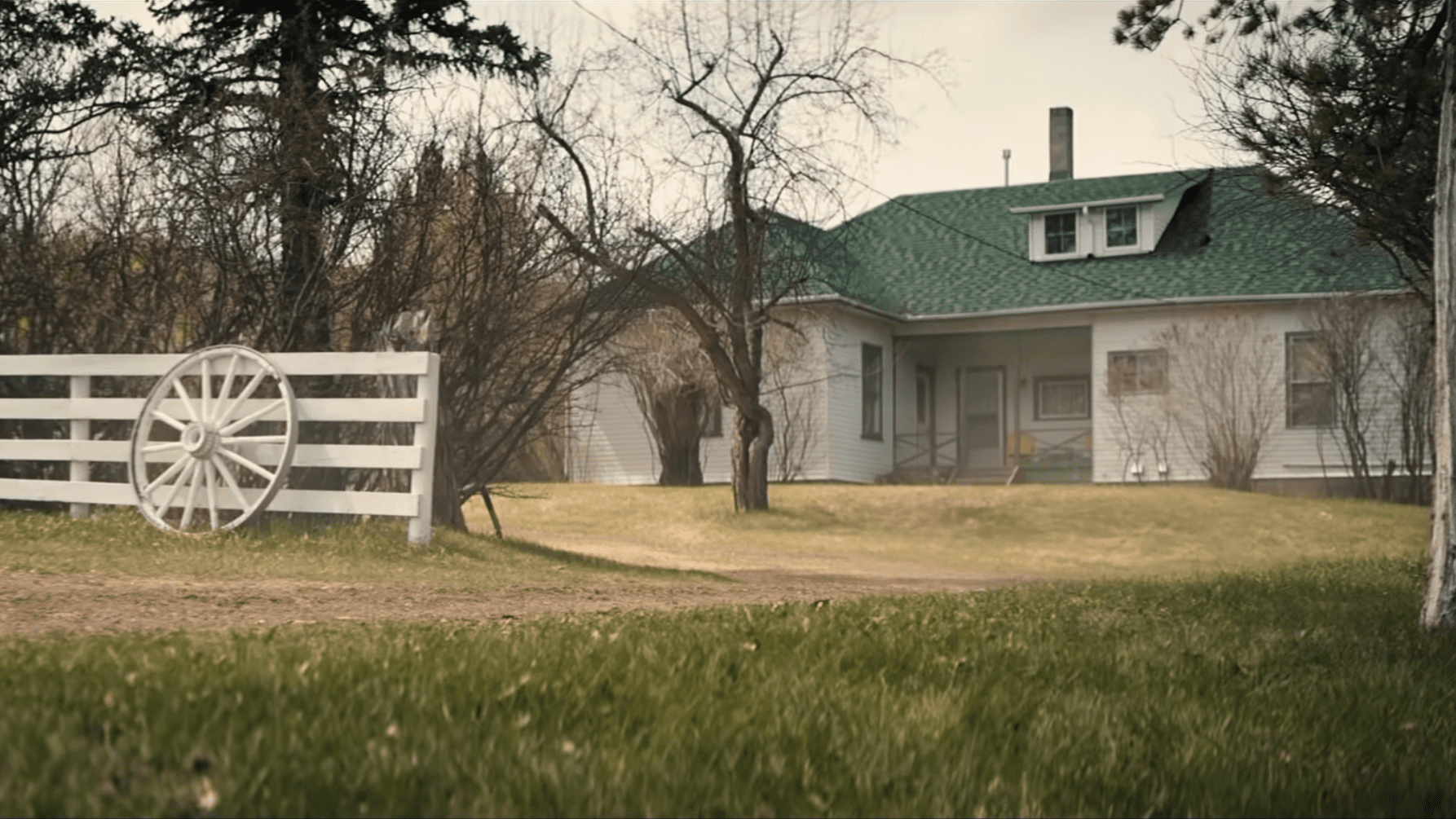 The story is set in 1961, where we see retired sheriff George Blackledge living with his family on a ranch consisting of his wife Margaret, their son James his wife Lorna, and their infant son Jimmy.

Years after James’s death, Lorna marries Donnie Weboy. Lorna doesn’t marry him because of her love for him but wants support from Jimmy. One afternoon while out shopping, Margaret sees Lorna, Donnie, and Jimmy getting ice cream. Jimmy accidentally drops his ice cream; seeing this, Donnie forcefully grabs Jimmy’s arm.

When Lorna steps in, he strikes her. Seeing the incident, Margaret decides to visit Lorna. And when one day she does, she comes to know that the three of them have left town. Margaret chooses to rescue Jimmy and his mother and go home. She packs her bag and decides to go out when George joins her. After setting off to the rescue, they spoke to a local sheriff; they got a lead in North Dakota from him. 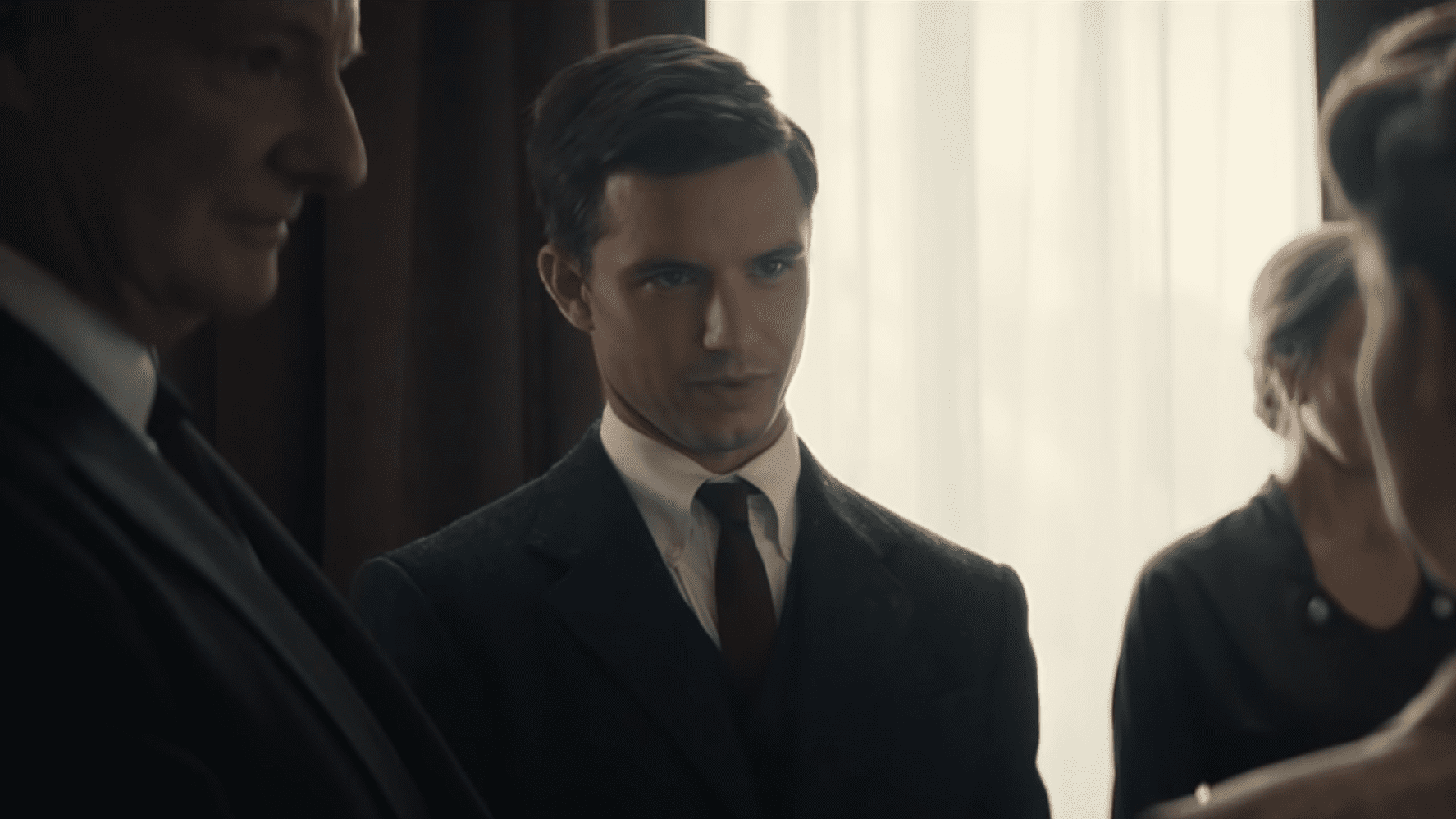 Years after James’s death, Lorna marries Donnie Weboy. Lorna doesn’t marry him because of her love for him but wants support from Jimmy.

After enquiring there, they got another lead to Gladstone. George discovered that Margaret had also brought his gun on their way, saying that she would need it when she met Donnie. They meet Peter Dragswolf, who helps the couple with food and warmth and even gives them the lead to Donnie’s uncle, Bill. The following day, they went to meet Bill, and from there, they met Donnie’s mother, Blanche. 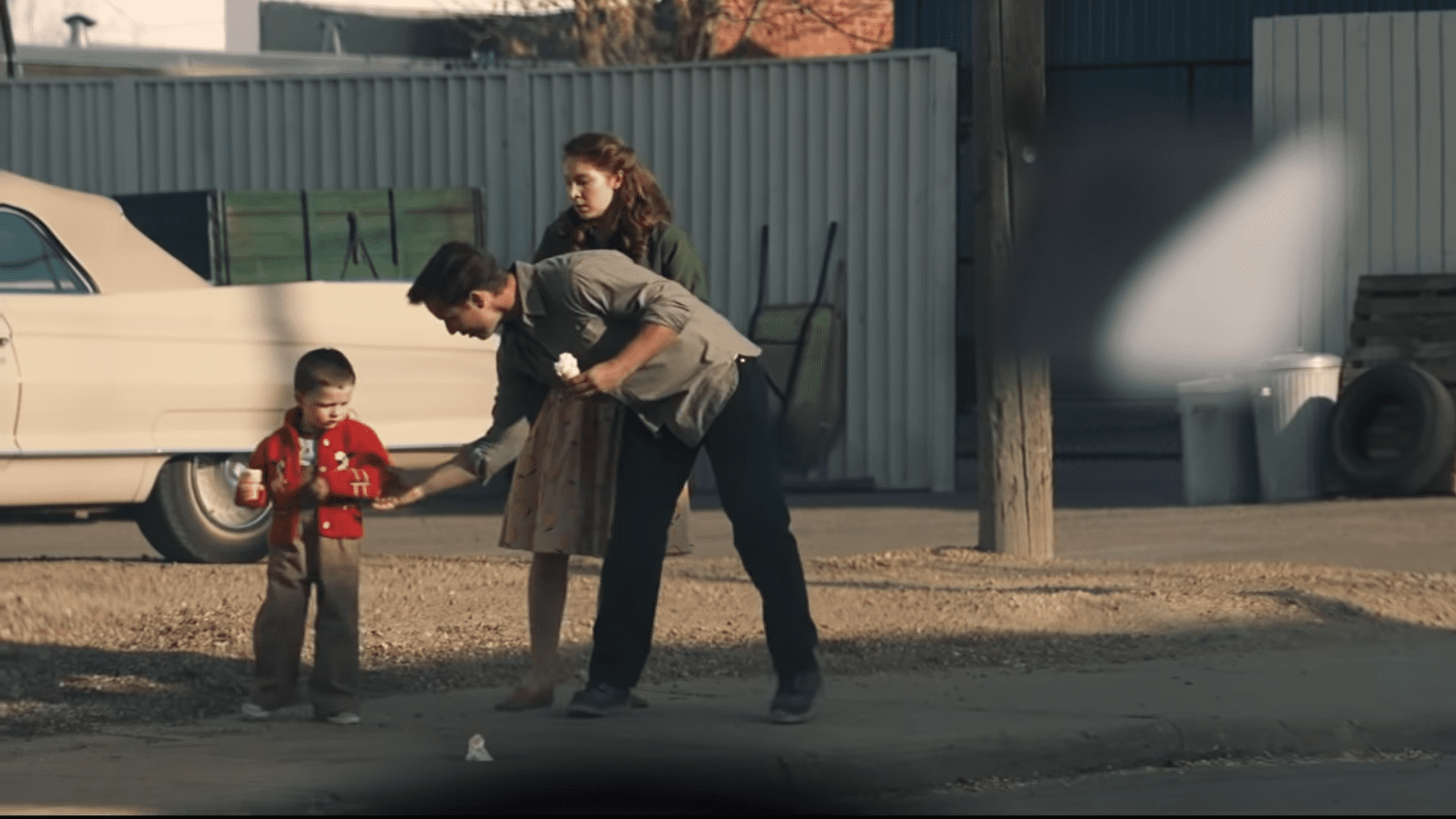 But fearing Donnie, she said she was not ready to go with them. But the couple was able to convince her to take her child Jimmy to come with them, and for that, she sneaked out while the Weboys were asleep. After finding out that Lorna and Jimmy have escaped, Blanche, Donnie, and Billy, along with Blanche’s two other sons Marvin and Elton, break into the motel room where Margaret and George lived.

Upon seeing the Margaret tells Blanche that Donnie was misbehaving towards Lorna and Jimmy. Blanche slaps Donnie while asking if it’s true, and then she turns to Margaret to ask how hard he hit Lorna. After that, when Blanche orders Donnie to shoot Margaret, George grabs his gun and points it at them before Donnie can even touch her. 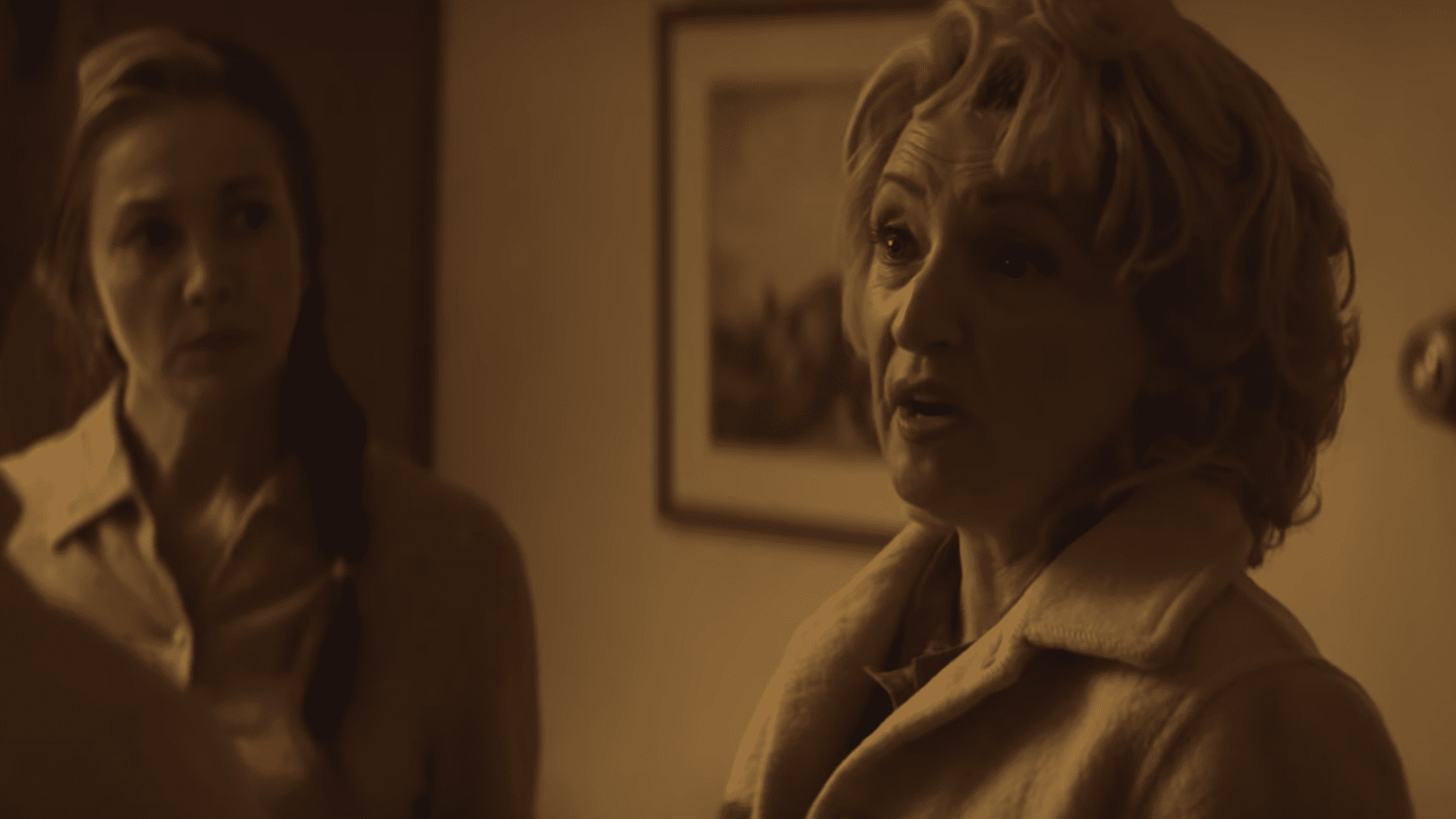 Blanche slaps Donnie while asking if it’s true, and then she turns to Margaret to ask how hard he hit Lorna.

Unfortunately, George’s strength wasn’t enough to stand against the boys, and they attacked him and chopped his fingers with a hatchet, following Blanche’s orders. They take Jimmy and Lorna away from them. After that, we see George admitted to a hospital, where he gets a visit from a local officer. He informs that the Weboys have told the police officer that George had attacked them first as he and Margaret were trying to abduct Jimmy. The officer reveals that Donnie’s family won’t let Jimmy say that he is part of the Weboy family and asks the couple to leave the town.

Realizing that they are defeated, George and Margaret decide to return to their home without Jimmy and his mother. But when George is unable to keep going, they stop by Peter’s home to rest. There Peter tells Margaret about how men once stormed his village and took child family must stay together with their loved ones to keep the memories alive.

After hearing this, Margaret asks George if they can continue to stay in the town so that they can be close to Jimmy. But George was done with it and just wanted to return home. This led Margaret to an emotional breakdown since she had listed both her son and grandson. Seeing Margaret’s heartbroken, he decides to save Jimmy and Lorna and sneaks out with Peter’s shotgun at night. 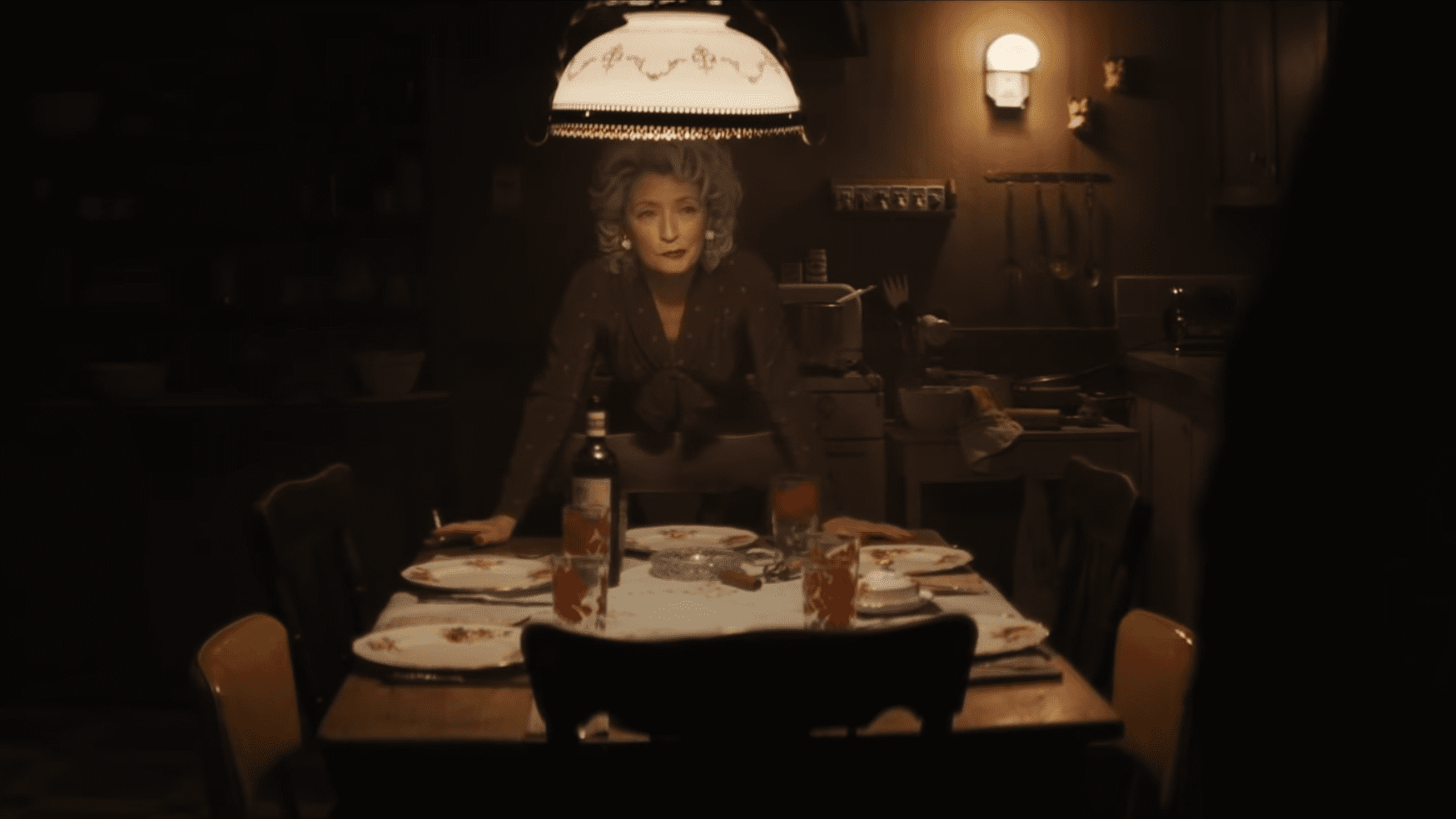 Blanche is the lead negative character in the movie. She is also the mother of Donnie and his brothers.

He goes back to the Weboy house and sets fire outside to distract them. While they are out, he sneaks into the house and confronts Donnie at Lorna’s room. George forces Donnie down at his gunpoint and ask Lorna to escape with Jimmy. Meanwhile, at Peter’s home, Margaret notices that George is not there, so with the help of Peter, she goes out to find him.

At Donnie’s home, George knocks Donnie unconscious when he tries to alert the others about George. Bills find George, and while they are fighting, Blanche wakes up by noises. Blanche aims her pistol at George but accidentally shoots Bill in the face. George throws Jimmy over the balcony to Lorna, while George gets shot in the chest by Blanche.

Even after getting shot in his chest, George still musters the strength to fight Blanche for the gun. When Marvin and Elton run upstairs, George makes Blanche shoot both of them. Meanwhile, Margaret and Peter find Lorna and Jimmy outside of Donnie’s home. Margaret rushes inside to rescue George but was shot again by Blanche, thus taking his life.

Margaret uses the shotgun that George brought to shoots Blanche, thus killing her. Peter gets her out and lits the Weboy house in flames. The following day, Margaret parts ways with Peter thanking him, and drives home with Lorna and Jimmy. Even though She weeps for the loss of George, looking at Jimmy makes her calm that he is finally safe. 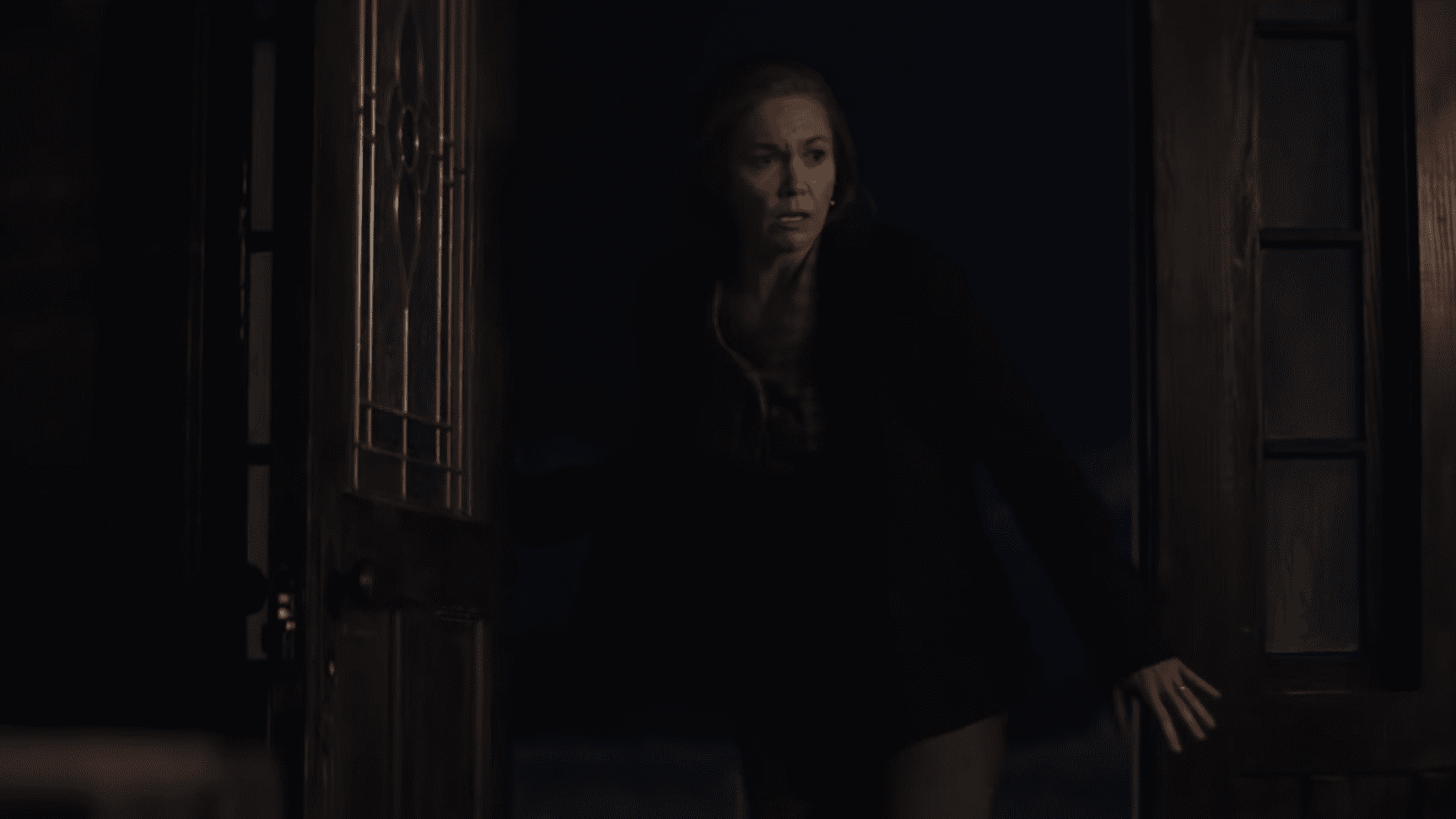 Margaret and Peter find Lorna and Jimmy outside of Donnie’s home. Margaret rushes inside to rescue George.

Now that we know about the story and end of the movie, let us look at the cast of the film Let Him Go. The movie consists of pretty good casts, including Diane Lane as Margaret Blackledge, wife of George, Kevin Costner as George Blackledge, retired sheriff spending his retirement life with his family, Kayli Carter as Lorna Blackledge, Daughter in Law of George as well as the mother of Jimmy.

Ryan Bruce appears as James Blackledge, son of George Blackledge, Otto Hornung and Bram Hornung as Jimmy Blackledge, the grandson of George and Margaret, Lesley Manville as Blanche Webo, mother of Donnie, Will Brittain as Donnie Webo, second husband of Lorna. Booboo Stewart as Peter Dragswol, Greg Lawson as Gladstone Sherif, and Bradley Stryker as Sheriff Nevelson.  As for those who played as Donnie’s brothers, we have Jeffrey Donovan as Bill Webo, Will Hochman as Tucke, Connor Mackay as Elton Webo, and Adam Stafford as Marvin Weboy.