In this article, we will be finding out where was Last of the Summer Wine filmed. We will also find out some of the inside news about the series. 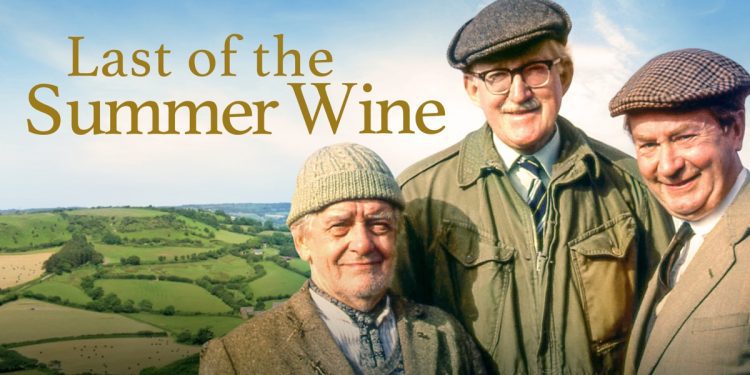 "Last of the Summer Wine"

“Last of the Summer Wine” is a show that has been running since 1973 and ended in 2010. The show grew quite popular during the 70s as the idea of the show was quite appealing. The show consists of three old people who do not want to grow old. This becomes interesting gradually as we get to accompany them on their journeys. What was more interesting than their journey? The spots and locations they went through. The show was known for its picturesque views, and in this article, we will get to know where was last of the summer wine filmed?

If you are into extremely chilled-out reality TV shows, which also give off a sitcom feel, then you can simply just rewatch the series. Though it has been running for quite a long time, you can just pick out your favorite season and go for it. What appealed to the audience was the young mind of these conventionally old men who refused to lead the “grown-up” life as set by society. This would be also a good watch with the family, as it is sure to flood in some good memories of the past decades.

Where was “Last of the Summer Wine” filmed?

From the very beginning of the show, the audience would be mesmerized by the settings. The background and everything always looked so aesthetic. Also, with the guys hanging out together, it seemed like a perfect holiday destination. “Last of the Summer Wine” was filmed in and around Holmfirth, Western Yorkshire, England. If you were to visit the town for a small vacation, and you watched the show, you will find plenty of familiar spots. Though they have become extremely famous now, yet before, it used to be quite low-key. For the indoor shots, the producers decided to use the BBC studios. However, here is an interesting fact, they used to shoot in front of the BBC studios, and not the actual studio used for a comedy show.

As you might know, comedy shows from those years used to have a live audience during the shot. this was an extremely common practice back in the days, However, the first producer of the show, Alan J. Bell, decided to change things a bit. He shot the show without an audience and then played it to a group of audience. Their reaction was recorded and used for the show later on. This also gave it a unique effect back in the day.

Also Read, Where Is The Notebook Filmed? Filming Locations & Plot

“Last of the Summer Wine” Characters

The first thing that might have struck you is that the show had run for quite a long time. The characters could not be the same. This made the show quite a bit controversial. The first group of characters that were made was Norman Clegg, Compo Simmonite, and Cyril Blamire. The show was going pretty well with the respective actors playing the characters: Peter Sallis, Michael Bates, and Bill Owen. These were the comedic geniuses of the time, and the people were more than excited to see the trio together on screen.

As the trio ventured into the world of being a bachelor, they showed the world how good can life be without responsibilities. At the beginning of the show, it was only the three characters with some supporting ones. However, as the show grew, the number of characters increased. With seasons, the original trio was increased, and there were four and even members in the group. However, what made the people a bit unhappy was when Bill Owen’s son, Tom Owen, was taken in the show. The audience felt that he could not fit into his father’s shows properly and was soon changed.

What made the show so popular was not only the antics of the main characters but also the supporting characters. There had been numerous times in the show when the viewers loved a particular side character so much that they were made permanent later on. This made the show an extremely wholesome one. The town of Holmfirth is now known for “Last Summer of Wine”. They have also set up a tourism tour for visitors where they are shown throughout the town, all the filming locations.

Also Read, Where Is Lost In Space Filmed? All About The Filming Locations of The Sci-fi Series