Let us help you in finding out all the beautiful locations of Journey of my heart at Hallmark channel. 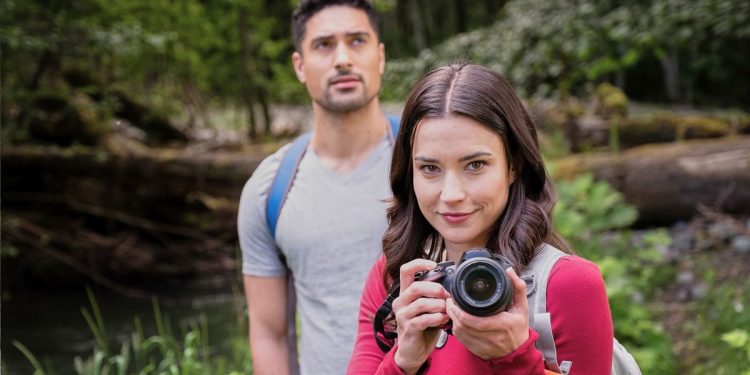 Hallmark has always impressed us with the romantic movies presented from time to time. The story drives us to a wildlife enthusiast Abby who reaches Alaska for her research on the mating habits of eagles. Unfortunately, due to her work, her personal life is suffering. There she meets a wildlife guide, Eric. She also meets a beautiful family who inspires and guides her to follow her dream. Abby gradually develops feelings for Eric and gets motivated by his dedication and work. Will the spark ignite between the two, or will they go back to their everyday life? The movie showcases the beautiful landscapes of Alaskan lakes, cozy lodges, and forests. So, where exactly are all the filming locations Journey of My Heart situated?

The film was originally named ‘Love on the Wings of Eagles’ but later was changed to ‘Journey of My Heart’ because of the journey of Abby, as she was following her heart to reach her dream. It seems that a lot of effort has been put into the film because the story was on a primary line and could be boring, but due to the actions of the whole cast, crew, and others, the movie never lost the viewers’ interest.

Journey Of My Heart Filming Locations

Although the film “Journey of My Heart’ is pictured to be in Alaska, it is not the exact location where the film was shot. It is exciting to know that the production team moved to Great North to give the ‘X factor to the relationship of Abby and Eric. The location suited the film’s romantic comedy, which was required in the movie. The film was shot in Vancouver, which is located in the Lower Mainland region of British Columbia. This seaport city is favorable due to many conditions like climate and excellent technical facilities, making it the best site for many Hallmark movies.

Lucia Guest, the movie director, called the filming location of Journey of My Heart ‘Unceded Musqueam, Squamish and Tsleil-Watuth Territory.’ She also was overwhelmed with the incredible crew, cast members, and serene places. A gorgeous setting and cheerful people, now that’s what a perfect day at work looks like, according to her. According to Smithsonian Magazine, the land was part of aboriginal communities before being named Vancouver. It was not signed a treaty to pass the land on to later settlers; it was simply claimed. According to the Vancouver city council, the Musqueam, Squamish, and Tsleil-Waututh nations still own the ground, which was voted unanimously in 2014.

Plot and cast of “Journey of My Heart’

A young wildlife biologist, Abby, comes to the Alaskan area to move forward with her research on the mating habits of eagles. There she meets a great but mysterious wildlife guide named Eric. She also meets a native American family who helps her reach her goal and fulfill her heart’s journey. The movie keeps you entertained till the end. The romantic film and great locations are the specializations of Hallmark, and the movie does justice to it.

Abby and Eric’s lead characters are played by Rhiannon Fish and Darien Martin. The other characters that have played an essential role in the movie are Ray G. Thunderchild as Jaco Thomas; Paul C. Grenier stars as Niko Rivers, Grace Dove as Ellen Rivers, Bethany Brown as Meaghan Walker, Marion Eisman as Alice Winters, Dan Payne as Davis Bell, Riun Garner as Harry Ryan, Mark Brandon as George. Every member related to the movie has appreciated the teamwork and feels grateful to be a part of the movie.

Review of ‘Journey of My Heart’

A lot of thought was put into casting and storyline. Few people might see the film overdone, but many loved how the story was woven according to the characters rather than imposing the characters in the story forcibly. A lot of work is done in the editing part as well. The direction was excellent, and no awkward moments were leaving the audience uncomfortable. The youthful roles played by the cast were terrific. Overall, the movie is simple yet a sweet visual treat, making it a must-watch. The serene view and the calm environment add the cherry on the cake. It is upto you to judge the movie, but we suggest giving it a shot.