People have mentioned that it was quite fitting that the team had shot the Johnny Frenchman Movie in a Cornish port, as the movie’s story also revolved around the same region. 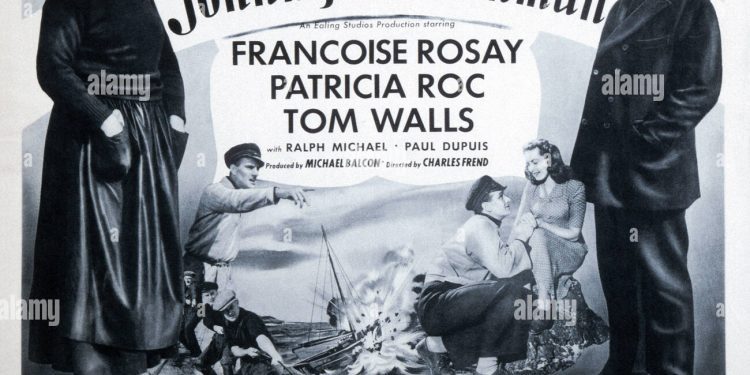 “Johnny Frenchman” is a comedy romance war film released in 1945 that portrays a really different view about the war. It does project a beautiful love story, which raises the tension throughout the movie, however, the ending of the movie also gives a strong message which immediately resonates within the audience. The movie is considered to be a highly underrated one and is also a must-watch if you are into romantic & war movies. In this article, we will be having a look at where was “Johnny Frenchman” filmed?

The movie gives off a beautiful vibe and the locations are quite peaceful. As the movie is about two fishing communities, situated on the two sides of a river, the productions team wanted a location that would fit the mood of the film. Not any fishing village could be used for the shoots. The locations should have romantic elements in them as well. Hence, they wanted a location that would look like a fishing village but also a romantic setting could be portrayed through it.

Where was “Johnny Frenchman” Filmed?

The setting of the movie has always made the viewers curious about the location. Maximum of the movie was shoot in Mevagissey, a Cornish port. The interior shots were filmed in the studio, which hasn’t been specified where. The team was quite satisfied with what they came up with. The fishing scenes, and also the romantic scenes came out to be more than beautiful. There was not much change in the locations of the shoots as there were not many war scenes in the movie too. As the movie revolved around the two fishing communities, hence they did not have to change the shooting region much. However, there is not much information regarding the exact spots where was “Johnny Frenchman” filmed.

The two main leads of the movie, Bob Tremayne and Yan Kervarec were played by Ralph Michael and Paul Dupuis. Both of them were quite popular during this time. The female lead, Sue Pomeroy was played by Patricia Roc who was also one of the most popular actresses during that time. There were other supporting actors too who did an incredible job at bringing the movie to life. Tom Walls played the role of Sue’s father and a widower. Apart from that, there were other actors too like Arthur Hambling, James Harcourt, and many more.

Also Read, Where is City Slickers’ Filmed? All The Production Locations

If you are like one of those people who would like to get to know the plot of the movie before actually watching it, here is the plot for you. The movie starts with the two fishing communities with a river in between. Set in during 1939-40, the two rival fishing communities, always tried to keep among themselves. They both keep out of each other, as a small interaction sometimes could even lead to huge fights. The tension between the English and the French kept on rising.

Then we are introduced to the female lead of the movie, Sue. Sue and Bob are childhood friends who were always together. The whole community approved of the pair, and their relationship kept on growing. Gradually people were sanguine that they would eventually marry. However, things take a turn when Sue comes across Yan from the French community. There was an obvious attraction between them. This maximizes the tension between the two communities, and Bob and Yan also enter into a personal rivalry for the hand of Sue. However, as the second world war breaks out, the two communities finally realize that in times of adversity they have to support each other. Finally, Bob and Yan decide to stop fighting among themselves and let Sue decide whom she wants to choose for her life.