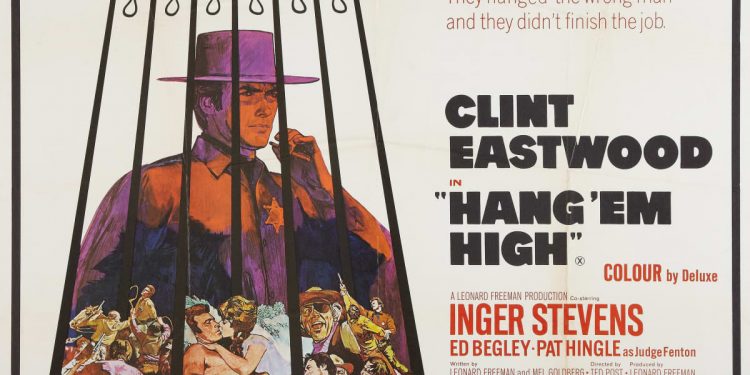 One of the cult classics in 1968 that was much loved by movie buffs is “Hang ‘Em High”. This American movie had managed to draw attention to a lot of moralistic and social aspects of life. Also known to be the American version of the Spaghetti Western, this movie has managed to affect people of all the centuries. Directed by Ted Post, the movie made us think about the people who were lynched back then for no reason at all. Written by Leonard Freeman, the story brilliantly depicts a certain period in history that is not very much talked about. Watching the movie, you might have been attracted to the locations and spots. In this article, we will find out Where is ‘Hang ‘Em High’ filmed?

There is a reason why the movie is considered to be a cult classic. On the first day release of the movie, it had managed to collect $5,241 in Baltimore, in 1968. The movie was considered to have the biggest openings in United Artist history during that time. To make it simple, the opening of “Hang ‘Em High” had exceeded the openings of all James Bond movies till then. In total, it had managed to get a gross of $6.8 million in the US. Though a lot of critics had praised the quality of the movie, Variety considered it to be a poorly imitated American movie about the West.

Where is “Hang ‘Em High” Filmed?

Now coming to the question where is ‘Hang ‘Em High’ filmed? Freeman had started to hunt for locations with the team on May 25, 1967. They started off from Las Cruces in New Mexico. If you remember the opening scene where the protagonist Cooper was hanged, it was shot near Las Cruces. The team had found this spot some 12 miles to the north of the region.

After a month of staying there, and setting things up, they started filming there. They also went a little ahead of their spot and found another gorgeous location in White Sands. Also right after the hanging scene, there was a lynching scene. What will shock you is that both of these were filmed in different locations and on different days. The lynching was filmed in the Rio Grande on June 29, after a day from when the shooting was started.

As the movie was to portray the Western side of the country, the production was searching for a location that would bring out the effect of the movie best. They wanted to shoot around a dry area, as that would properly deliver the mood of the film. The rocky terrain and the presence of mountains had managed to give off the Western-style that Ted Post had been hoping to recreate. The cowboy-ish style of the movie also got enhanced for the perfect locations that were chosen by the team.

After a few months of the release, people often visited the spot in the Rio Grande to visit the tree under which the lynching scene was shot. However, after a few years, the tree was no more there, and the riverbed seemed to change its course. After that, it was found out that the bed was running dry and now there are only a few thick bushes in the area. The interiors in the movie were all shot in the MGM studios. Other small spots and locations where the movie was shot were Trigo Mountains, Kofa national wildlife refuge, and Quartzsite. All these locations are in the USA.

You might have recognized Jed Cooper As Clint Eastwood from the first look itself. Ed Beagley played the role of Captain Wilson, the head of the group that wanted to lynch Cooper. The Deputy Marshal Bliss was played by Ben Johnson. The owner of Fort Grant General store, known as Rachel Warren was played by Inger Stevens. The Territorial Judge, Adam Fenton, was played by Pat Hingle. The Red Cheek’s sheriff was played by Charles McGraw. Charlie Blackfoot was played by Ned Romero; Maddow was played by Russell Thorsen. These were some of the most important characters throughout the movie. There were other actors too who did an amazing role as the supporting characters.

Where is ‘The Wild Gardener’ Filmed? Colin Carries The Legacy Forward