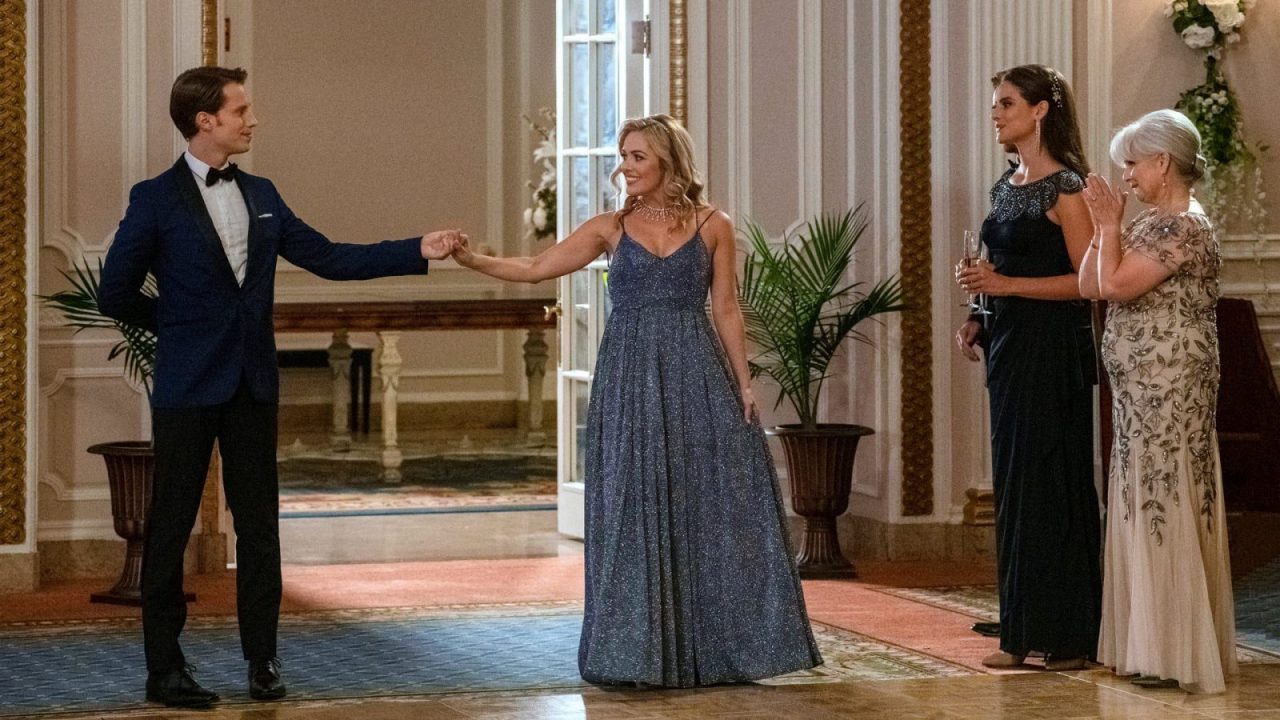 Fit for a Prince was produced under the banner of Hallmark, and it literally took us on a joyride. So, where is Fit for a Prince Filmed? The main genre of this film was drama and romance. It came out exclusively on the television network on the 6th of March this year. The plot follows a pretty magical journey for our characters, as suggested by the title already. The story is all about a fashion designer trying to make it big in the industry. Her name is Cindy Cordella. She has been working hard behind an elite fashion designer. Cindy is creatively gifted, and we see her throughout the film hustling way too hard for her passion. Fashion designing runs deep in her blood, and just like any other aspirant, she too wants to make it big and have her own name.

What she is not aware of is the unexpected turn that is about to happen in her life. Cindy is soon offered a job to make dresses for a royal event. She gets on the task as early as possible, thinking about it being a curious leap in her career. Soon enough, Prince Ronan starts to fall in love with her charismatic attitude and hopefulness towards life. This is quite an enchanting love story, and I bet you all will enjoy it as much as I did. The lead roles are shared by Jonathan Keltz as well as Natalie Hall. 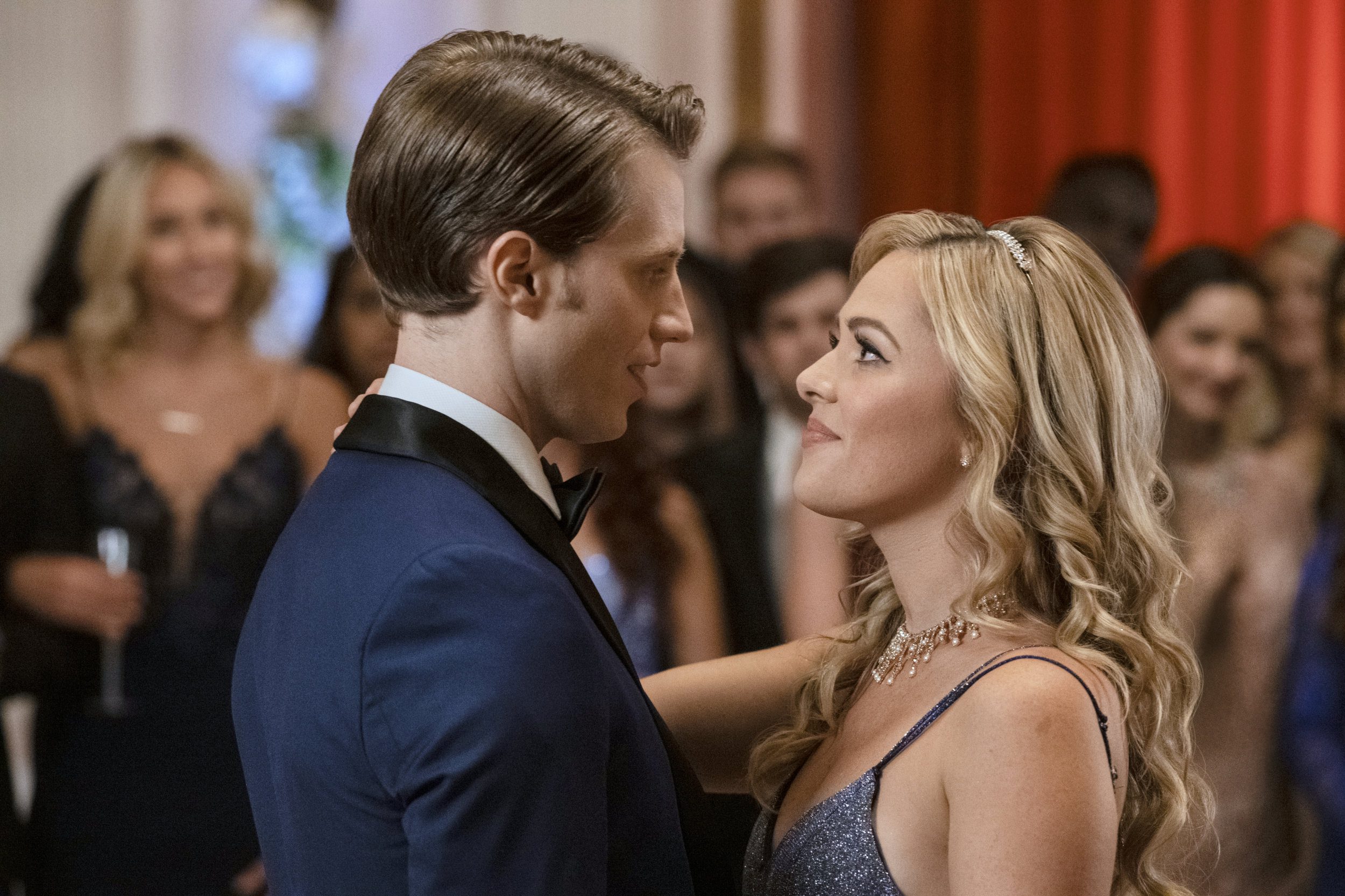 A still from Fit for a Prince

People who admire watching Hallmark film will also be keen fans of Fit for a Prince. It is a perfect story to watch with your partners as well. All this while, the views that were presented to us during the scenes were mind-blowing. This leads to a general curiosity of where all these shots were taken, and the shooting took place. If you are someone who is curious regarding the same question, then I suggest checking this whole article out.

Where is Fit for a Prince Filmed?

Fit For a Prince is mostly filmed mostly in Ottawa, located in Ontario, Canada. The most amazing feature about the process was the fact that the creators wrapped up the filming process in just 12 days. In 12 days, they gave us this amazing masterpiece, and obviously, no one is complaining. Now, let us probably discuss the various locations which were specifically used in the city for shooting purposes. The first notable site was Fairmont Chateau Laurier. All the scenes which took place inside the castle were filmed at the Fairmont Chateau Laurier. This beautiful castle is located downtown in Ottawa. It is situated quite close to Parliament Hill and the landmarks of the Capitol. The place is dubbed by the locals and tourists as Ottawa’s castle because of its obvious castle-like features.

Hallmark is actually pretty fond of this location to shoot their films. It was previously employed by the creators during the filming of A Christmas Carousel, which was released back in 2020. Fairmont Chateau Laurier is a hotel and served aptly as the perfect location for the ball as well as a home to the Hamiltons. The entire lobby screamed luxury, and the hotel fit the descriptions of a castle very well. The ballroom here is a 1922 Renaissance-style room, while the ceiling is 18 feet tall. There are at least three amazing chandeliers hung in this ballroom which add to the magnificent glory of the place. Princess Diana has attended various events at this hall.

Also Read: Where is Waterworld filmed? All The Locations

Fit For a Prince at 419 Sussex Drive

The fashion workshop at which Cindy works during the film is located at 419 Sussex Drive. It is in the short pedestrian street in the Beaux-Arts Court in the middle of Ottawa. It is the school of the Canadian fashion designer named Richard Robinson. Robinson’s work in the fashion industry is quite noteworthy, with him designing dresses for at least three wives of various Prime Ministers of Canada. The third most seen location was the Clarendon in Ottawa. It is located in the ByWard Market neighborhood. Here, Cindy is seen telling Reggie about the Gala that the royals have invited her to. This was a scene where the duo was walking by a Planet Coffee.

Also Read: Where Is ‘Columbo Dagger of the Mind’ Filmed? All Filming Locations