Where Is Dopesick Filmed? All Locations Revealed

Who doesn’t love to watch movies? Of course, everyone, but there is something much more exciting than just watching movies. Guess what it is? Well, it’s the location of the movies. Yes, you heard it right. The location of the film is something all of us are always excited about. In reality, one can not be a part of the film, but they can surely visit the places the filming takes place and take away some steals and memories of the film with you’ll.  Here in this article, we will have a look at the Dopesick filming locations.

For sure, you are a huge fan of the miniseries. So let’s have a look at the American miniseries Dopesick. The series was created by Danny Strong. The series is based on the non-fiction book Dopesick: Dealers, Doctors and the Drug Company that Addicted America.Dopesick the book series written by Beth Macy. On October 13, 2021, the first three episodes of the Dopesick got released on Hulu. The series focuses on the epicenter of America’s struggle with Opioid addiction across the U.S. The film stars Michael Keaton, Peter Sarsgaard, Michael Stuhlbarg, and many more. So now, let’s have a look at Dopesick filming locations.

Also Read: Where Is Good Will Hunting Filmed? All About The Locations

Not only that, the filmmakers cast 200 locals from Virginia to give the story an authentic twist and to make it look real.  The filming of the Dopestick took place at various locations in Virginia, including Michael Keaton, the Lily Pad in Richmond, a waterfront bar and restaurant. Part of the filming was done at the Virginia Museum of the Fine Arts, the VirginiaWar Memorial, The River Run Estate, and the Canal Walk. Several scenes of the film were done at Jackson River, Bookbinders Restaurant, the Malvern Hill Battlefield, The Lewis Ginter BotanicalGardern, and Belle Isle.

At the Richmond, a 250,000 square-foot Warehouse was converted into a set. The same was used for filming the interior used in the series. In the museum, the scene of the opulent Sackler family was shot. Boulevard Burger and Brew, which is located at 1300 N.Arthur Ashe Boulevard too was used for filming several scenes in the movies. The Canal Walk, The Fan District, and all the locations mentioned below were used to give the series a real feel and make it look real. All the places mentioned here in this article are amazing tourist destinations and must-visit places. Do visit these places during your tours and create unforgettable memories. 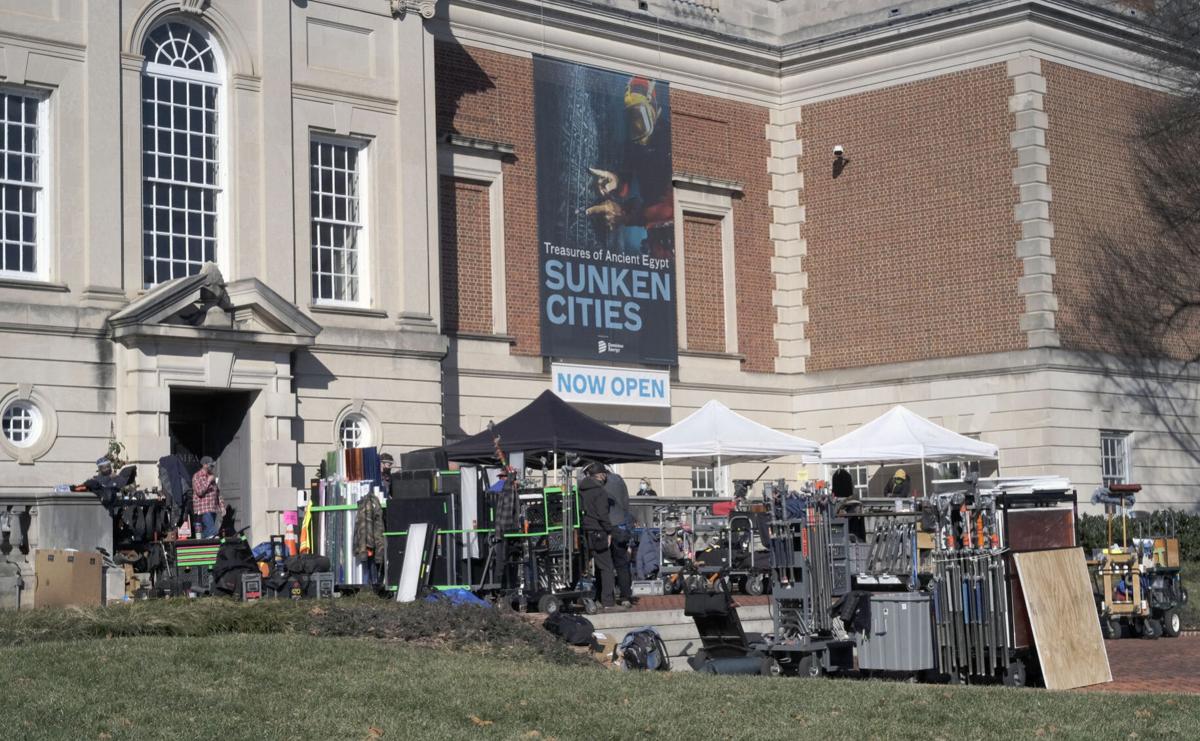 Cast and crew of Dopesick

The film also stars Brendan Patrick Connor as Howard Udell, Winsome Brown as Theresa Sackler, Rebecca Wisocky as Cynthia McCormick, Andrea Frankle as Beth Sackler, Meagen Fay as Sister Beth DaviesTrevor Long as Rudy Giuliani. So far, the series has finished airing 5 episodes the first episode was aired on October 13, 2021, and the last one was aired on October 27, 2021. The series airs on Hulu.

Also Read: Where Is The Princess Bride Filmed? Locations & Plot

The Invisible Man Ending Explained: How The Movie Ended?