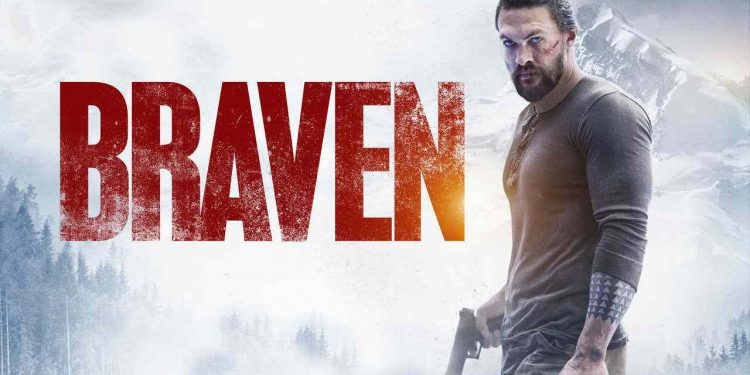 Nowadays, every day new action star is born on-screen through action flicks. Gone are those times when it was easy to mesmerize fans with tacky and illogical action sequences and no plot. Over the years, action movie fans have come across many stars, some were accepted and some did not see the rise of their career. But there are always one or more stars who become what they are through their rough and rugged image. One such hunk is Jason Momoa who was part of a beautiful, picturesque, and action-packed movie called Braven.

The Hawaiian handsome hunk is all about his presence on screen. Over the years, he has been part of various projects such as The Bad Batch, Once upon a time in Venice, Road to Paloma, Sweet Girl and many more. But the breakthrough project was when Momoa played the DC superhero Aquaman. The whole portrayal of Aquaman over a couple of movies so far has put him under the action-hero radar for various production houses. Currently, he is a household name for many probable action projects.

In 2018, Jason Momoa under his production house Pride of Gypsies produced an action flick called Braven. Braven is considered one of Jason Momoa’s finest works when it comes to action. The movie is picturesque, raw, and gritty, which also stars Stephen Lang, Garret Dillahunt, Jill Wagner, and many more talented artists.

The movie is about a log company owner Joe Braven staying with his family in Canada. Joe’s father Linden is an old man suffering from dementia who often misunderstands people and their identity. Joe has observed his father getting worse, so he decides to go out for leisure time with his father to a cabin in the woods which they rarely visit. Now things take a drastic turn when these two men come across a drug dealer who wants to use Joe’s business as a decoy to camouflage the drug trafficking. Joe and Linden get attacked by the drug dealer and his goons at the cabin in the woods. So, the movie is all about how far can Joe go to protect his family.

Braven is a mix of emotion and action. Jason Momoa showcases his machismo throughout the movie as it was a necessity. But also portrayed a family man going at full stretch to protect the loved ones.

Where is Braven Filmed?

The principal photography of this movie was done in December 2015. The location was solely based in Newfoundland, Canada. Braven, directed by Lin Oeding who was being introduced to this movie as a director. Before Braven, he was a stunt coordinator. But then he was handed over a big project like Braven and a beautiful picturesque locale like Newfoundland. It is an island off the eastern coast of the North American mainland. A fascinating backdrop is necessary for any sort of shooting location.

The island is fully snow-capped during the winters making the whole location aesthetically pleasing on camera. The amazing location was earlier used as a backdrop in many movies like ‘Outlander’, ‘The Grand Seduction’, ‘The Adventure of Faustus Bidgood’, ‘We Were Wolves.’ and then the place was introduced to Jason Momoa through ‘Aquaman’ and Discovery Canada ‘Frontier’.

Several shots were taken on the lush Marine Drive of Logy Bay-Middle Cove-Outer Cove town. Which is under the province of Newfoundland and Labrador. As soon as director Oeding was shown the photographs of the location, he fell in love and decided to single down the island. The restaurant scene in the trailer was shot at Leo Restaurant in St John’s which is the capital city of Newfoundland and Labrador province.

Currently, Braven is available on Youtube at a pay-per-view option.

The Location and its Future

The whole movie was shot in such smoothness that even the injury sustained by Jason Momo while filming an action sequence couldn’t delay the proceedings. Jason Momoa felt extreme warmth at the place and he was amazed by the hospitality.

Director Lin Oeding and the director of photography, Brian Andrew Mendoza, have been very clear about Newfoundland and its beauty. They have shot the 94 min action flick with a lot of ease. But they stated, they are going to recommend and use the backdrop of the aesthetically pleasing island more shortly. And the location is supposed to be a regular for the rest of the industry too because the access and the warmth of the island are just right.