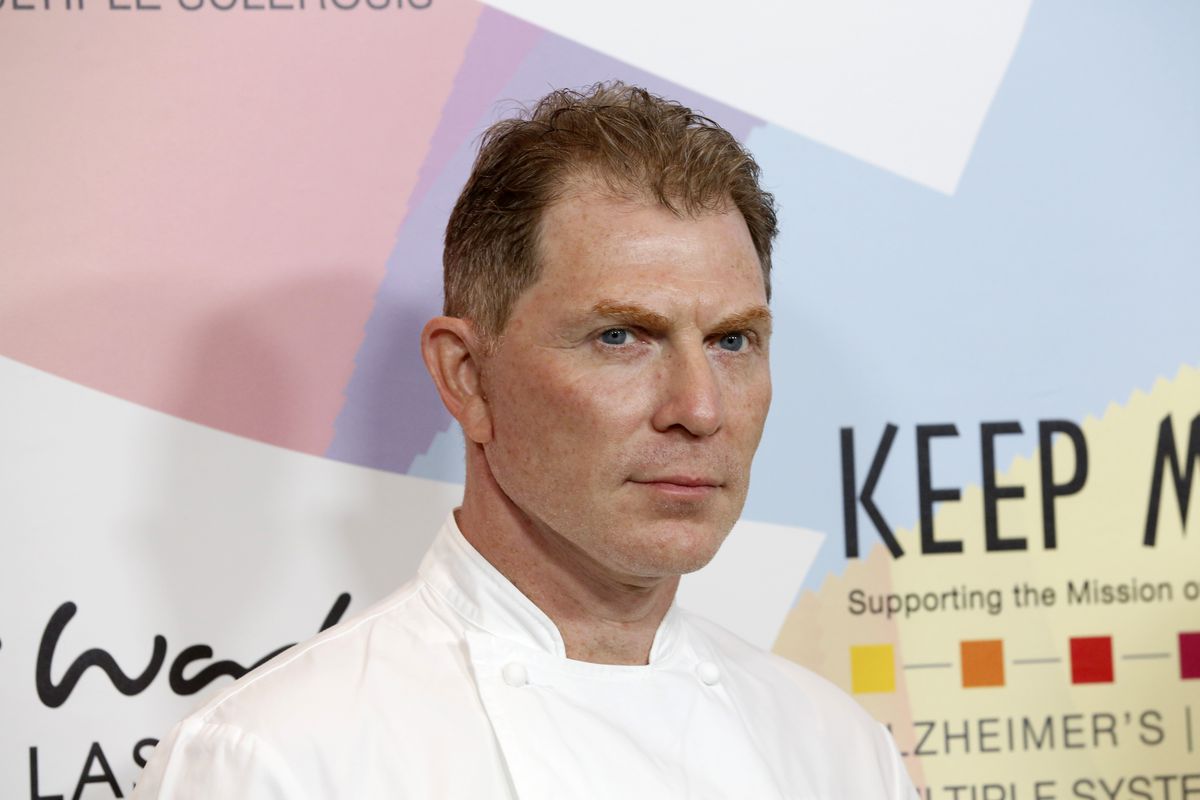 The show surely provides justice to the title. Well, a lot of us believe that instead of ‘Beat Boddy Flay’ it should be ‘Unbeatable Bobby Flay’. An American celebrity chef, Bobby Flay, is everywhere. The Food Network is like his second home! The 29th season just came out and it’s as exciting as it always is coinciding with his new cookbook, “Beat Bobby Flay: Conquer the Kitchen with 100+ Battle-Tested Recipes”. Beating Bobby Flay is not a hand game that you can master in 2 seconds. It does make changes in your lifestyle, the way you perceive things, dedication, passion, hard work, and of course, whether you got what it takes to be called a ‘good chef’.

Well for starters, you have to wake up early in the morning. No kidding! The dude himself wakes up at 5:30 in the morning to work out. Can you beat that? And well even if you did, how can you beat his passion and dedication towards him being a chef? Seems like Bobby Flay was driven since the very beginning of his childhood. At the age of 8, he asked for an Easy-Bake oven Instead of anything else for Christmas.

His confidence is and was sky-reaching! And with an attitude like that he surely justify the popularity he has gained over the years. He dropped out of school at the age of 17! Worked at a pizza joint, Baskin-Robbins, and then at Celeb Hangout Joe Allen Restaurant in Manhattan where his father was a partner. And Allen recognized Bobby’s talent too! How cool is that huh?

For years and 28 Seasons, the audience has seen Booby Flay competing and facing off with top-notch talent from all over the country. The episode air for 30 mins and within those 30 minutes the, audience gets to see some intense and entertaining food action! A panel of judges decides the winner. Whether it’s Bobby Flay or the competitor. While Flay’s judges tend to skew towards food world familiar faces such Carla Hall, Ina Garten, and Andrew Zimmern, Beat Bobby Flay has seen some unlikely guest judges in recent years including Drew Barrymore, Bethenny Frankel, and Gigi Hadid. The question remains a secret to people that where does all this intense action and entertainment takes place? Well, it’s not a secret anymore!

Remember that cooking show starring Bobby Flay where he flies to his competition? Yes, we are talking about Throwndown! with Bobby Flay. Unlike Throwndown with Bobby Flay, Beat Bobby Flay is filmed and shot close to Bobby Flay’s home in New York City! And it’s also possible to attend as a member of the studio audience. How cool is that!? VERY COOL!!

An audience member also shared his/her/their review on Reddit! The fan/audience member talked about where is beat bobby flay filmed. It was filmed in Manhattan and the tickets were free! The fan added that the crew paid each of them $68 for attending the show. Well, it’s a show anyone would want to watch whether it’s free or not.

Another member from the audience broke out about her experience and told the globe about how she was right behind Bobby Flay throughout the show and everything looks similar to the way it looks on screen! And that the show is completely real in aspects of cooking, dishes, and time taken to prepare the dish. Reports say that it is very simple for Bobby to reach the set. It’s just a quick subway ride. And not just this, FN dish, the kitchen studio has originally stalked the pantry with more than 200 items including Bobby Flay’s secret weapons and 100 kitchen items/pieces of equipment.

Another member broke on social media about the show and her experience. She told the social media globe that she had her purse all the time and they were able to use and go through their phones during the break. She even added about how she snuck pictures not knowing about the rules. But the crew was gentle. They were nice about it. They also asked her not to post any pictures that could show the host or anything about the show!

This time not just fans, but even Bobby Flay’s competition are going crazy! The audience is loving the intense heat between Bobby and his competitors. The intense action and entertainment are settling in everyone’s heart and people are loving the new season just like they adored the previous seasons!

Also read: Is Bobby Flay Dating Christina Perez? All To Know About it