Where is BBC Two’s Together Filmed? All About The Stunning Locations

In the article, we will get to know about the Filming Location Of BBC Two's Together and get to know the casts. 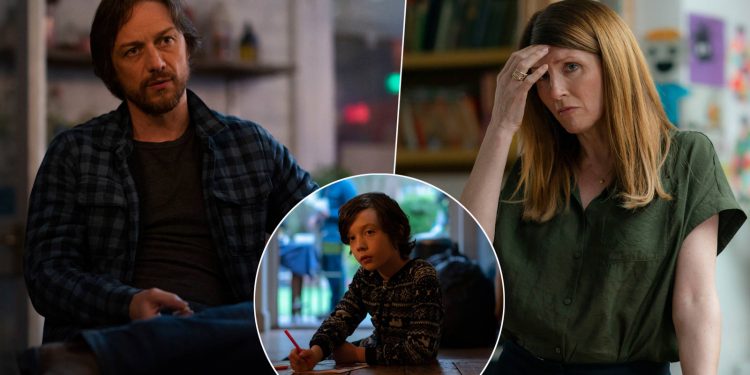 BBC Two has come up with some pretty good shows of all genres. However, recently there has been a new show called “Together”. This comedy-drama deals with our present situation in the pandemic and has portrayed the story magnificently. There have been a lot of movies and shows that deal with life in the global pandemic, yet rarely have any shows portrayed family life in such a simplistic way. However, another thing that grabbed people’s attention was the setting of the show. In the article, we will get to know about the Filming Locations of BBC Two’s Together.

The story revolves around a family who is stuck in the pandemic and is now re-thinking their whole relationship. They even have a child together. What changes the show’s whole premise is that the husband and the wife do not have names. They are just called “she” and “he”. This indicates the fact that both of them could be anyone in the world. This makes the show so special, and people could relate to the whole situation better.

Filming Locations Of BBC Two’s Together

The filming of BBC Two’s Together takes place inside a house. The filming locations are located in Kensal Rise in northwest London. This place is quite popular among real estate agents as it is an upcoming town in London. London is quite crowded, and hence the new town is a good place for people to settle down. A lot of celebrities like Daniel Craig, Sophie Dahl, Eddie Izzard, etc., reside here. This makes it an exclusively expensive place. It has also received celebrity status within quite some time. In the show, we are just showing the interiors of the house and just some neighborhood areas.

In the show, we do not get to know where the family lives. Hence, it maintains the universality of the story. This could be any family living in any area, and they could relate to themselves. Identification of the characters is the most important part of the story. Through all the range of emotions are portrayed, we should be able to understand the basic relationship that the pandemic has managed to change suddenly. A lot of couples have broken up due to this handling of the changes. The Lockdown has managed to make people see what is important and how much family time they have been ignoring.

The casting of the show had fitted in like a glove. The man is played by James McAvoy, a Scottish actor who has played quite some good roles in movies like “Split,” “Glass,” and shows like “Shameless”. He had played out the role of a father and a husband extremely well. Taking out all the small eccentricities that are expected in the man of the household. Here is a fun fact about him. Anne-Marie Duff is his wife, who is also quite popular. The woman was played by Sharon Horgan, who is an Irish actress.

She has been on the rise recently with several series like “This Way Up” and “Catastrophe”. However, what caught everyone’s attention was her role in the “Military Wives”. All of those roles had landed her in BBC Two. She is also carrying out the role to perfection with every expression and dialogue delivered to the point. Unfortunately, she had recently divorced Jeremy Rainbird in 2019. This also helped her get to her role better. She got to stay alone during the pandemic after 14 years of marriage. This made her develop herself and the character she is playing.

The only character’s name we know is Artie. Samuel Logan plays the 10-year old. He is a new actor and has managed to captivate the audience’s attention.

The takeaway from the Show

What makes the show such an amazing one is that there are multiple fourth wall breaks that make the show more interesting. People can relate to the whole situation very well. The team has tried to make it so real that many critics have considered it to be claustrophobic even. We would definitely ask you to watch the show on BBC Two. The show had premiered on 17 June 2021.

Warhammer 40000 Space Marine 2: All To know About the Upcoming Game