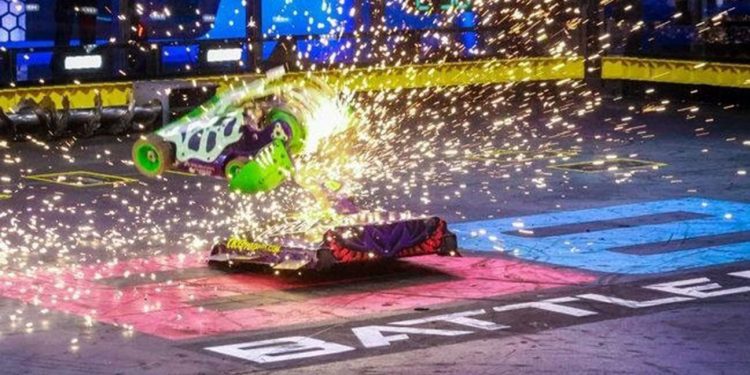 Battlebots dropped its first season on the Comedy Central network, on August 23rd, 2000. It ended with its fifth season on December 21st, 2002. After which it was picked up and canceled again by a number of other networks. However, the series never seems to remain canceled and is inevitably picked up again by a different network, which makes sense because it is an interesting concept. The eleventh and most recent season premiered on January 6th, 2022, on Disney+.

Despite the multiple networks changes the show is very popular, as more and more people tune in to watch the American robot combat TV series, based on the British shows Robot Wars. The American version was hosted by Bill Dwyer, Sean Salisbury, and Tim Green. The success of the show caused a rise in competition with TLC releasing a similar show called Robotica. The show later sued Anheuser Busch for airing a commercial during a Super Bowl which featured a robot resembling one from the show. After Viacom acquired the network the show was canceled after its fifth season. Later it was revived as mentioned earlier.

Also Read: Where is The Sweetest Christmas filmed? All Locations Revealed

Battlebots is a robot combat competition. Think ‘Real Steel’ but more realistic. Competitors design and operate their robots with a remote controller. The robots are armed and armored machines that are designed to fight in an elimination tournament. The series also shows the backstory of the developers and the process of building the bots. The series does focus a fair amount on the technical parts of building the bots. The competitors are teams of people with different sets of skills required for the competition. The teams include a product designer, engineer, software engineer, electronic engineer, and robot enthusiasts. The team designs builds and tests their robots, which are ultimately put in the arena to fight.

The original show. Robot Wars was created by Marc Thorpe. Thorpe and Profile records, the show’s financial backer, were part of a long legal battle as their partnership broke in 1997. When it was picked up by Comedy Central for the American version, they insisted that sketches involving the contestants be included in the show as they were worried that the concept was too out there.

They also wanted to include “attractive geek girls” in the show, such as Carmen Electra, but this suggestion was rejected. As the show became more popular contestants such as Christian Carlberg and Lisa Winter were invited on ‘The Tonight Show with Jay Leno’. The show became the network’s highest-rated show for the period during its third season, beating South Park.

Also Read: Where is Timeless Love’ filmed? All the production locations

Battlebots 2020 is filmed in Lakewood, California. The specific location is 2770 Industry Avenue. The show is filmed indoors in front of a live studio audience. The arena in which the battles take place is called the “BattleBox”. Safety is a big priority because of the nature of the show and the arena has high walls made out of strong see-through plastic to protect the contestants and audience from flying debris. The new 2022 which aired on January 6th Battlebots season featured over a hundred robots and was filmed live in Las Vegas. The matches between the robots last for three minutes each and the robot which is damaged or destroyed in the battle loses.

The first battle from when the show’s first season took place in Long Beach, California in 1999 and was streamed online. A producer known for his work on telecasts of professional boxing named Lenny Stucker saw the match and showed interest in the show, thinking that the concept of robot combat was hip. The creators tried selling the show to CBS, NBC, HBO, and Showtime but they failed. There was a second event that was held as a pay-per-view in Las Vegas in 1999. This was used as a pilot to pitch the show again, which was a success. Comedy Central eventually picked up the show. The network’s Senior Vice President. Debbie Liebling thought that the show would appeal to young adults.