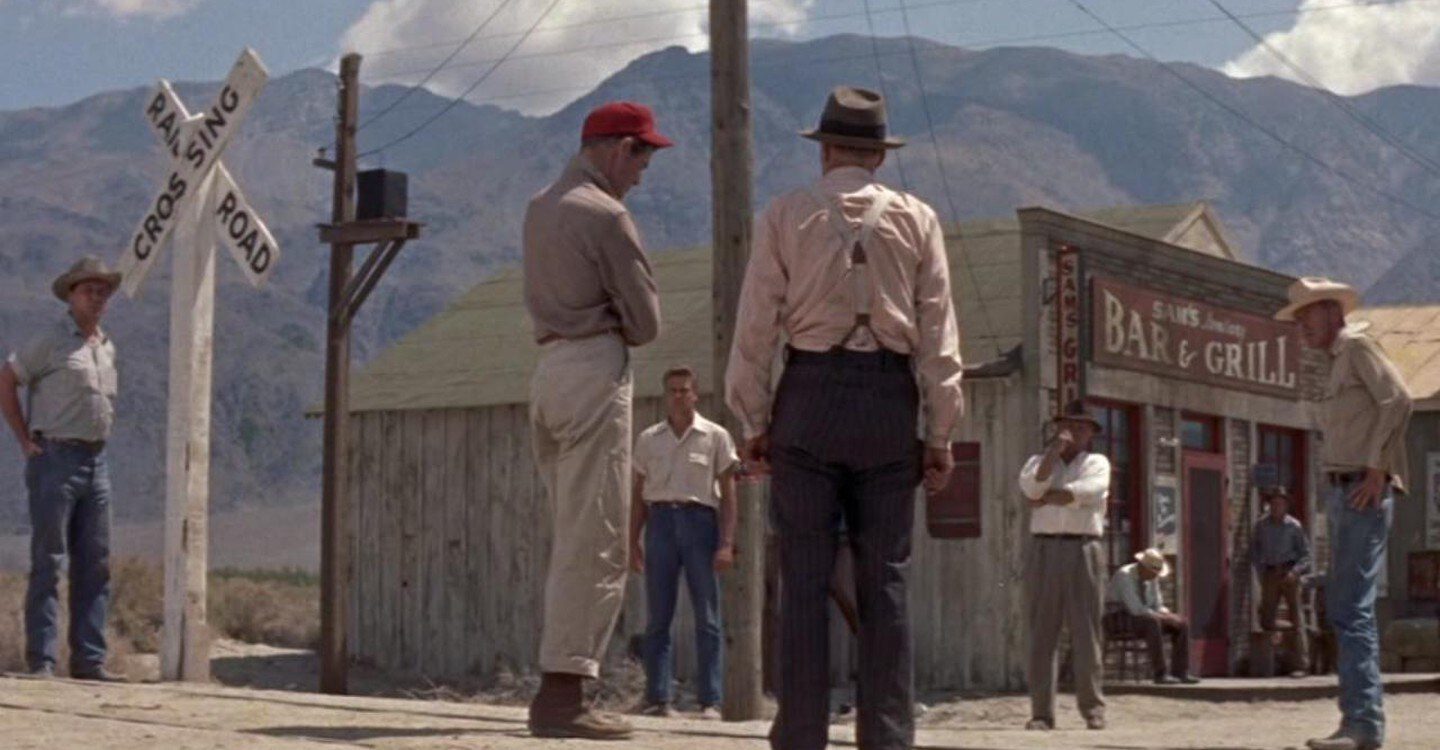 Earlier in the days of complete classics, it was said that films with western backdrops were the “it” Films of the industry. As a development, western and neo-western flicks were shimmering lights onto various topics which were sensitive enough to draw all sorts of attention. Big production houses like MGM were the pioneers of these kinds of movies. One such flick is Bad Day at Black Rock. So, where is Bad Day At Black Rock filmed?

Nowadays, it’s all about CGI and visual effects. But back then, it was about the quality with the number of actors and plot. Bad Day at Black Rock is a neo-western 1955 flick, directed by John Sturges and starring Spencer Tracy, Robert Ryan, Anne Francis, Lee Marvin, Walter Brennan, and many more were part of it. Back then, the names mattered but did not quite snatch the limelight like in today’s business-oriented movie world. Today, Big production houses take such projects as an experiment and a possible entry to the awards list. The goals have changed a lot over the ages for the authorities. There are valid reasons to justify the objectives. But it’s disheartening to the world of cinema because western and neo-western movies are a mere once-a-year business currently.

About Bad Day at Black Rock

Bad day at Black Rock has an interesting plot approaching various topics in a single go. The American Neo-Western flick is about a man with mystery and a single arm. Visiting a small, stranded, and deserted town to investigate a man who saved his life during the war, the story sets on a different path when the man decides to visit the town/village to find the man who saved him and gets involved in a further spiraled ongoing conspiracy.

The backdrop of the stranded town is mysterious, suspenseful, and questionable at every shot taken. Also, the menacing and intimidating backdrop adds a sense of suspense on its own to the plot. Recently in 2018, the movie was selected for United States National Film Registry by the Library of Congress for being “culturally, historically, or aesthetically significant” 2018. The movie was called to be emotional and melodramatic, but the critics have claimed the movie to be a masterpiece.

Impeccable master shots, the cinematography is on point, masterful direction and inspiring performances made the movie an all-time Western Classic. Bad day at black rock received a beautiful and hefty amount of appreciation through the criticism and the acknowledgments. The Academy, too, acknowledged the movie through nominations and eventual winnings in the category of Best Actor, Best Director, and Best Screenplay.

Also Read: Where Is Love In Paradise Filmed? Locations & Plot

Where Is Bad Day at Black Rock Filmed?

Though it was all set to be Arizona, California genuinely helped in justifying the background of the story. Places like Death Valley, at Lone Pine on Route 395, Central California, and Alabama Hills are some of the major filming locations of the movie. The Alabama Hills location was so common then, that people have named it Movie Road. Movie Road is a common route or background to a lot of movies till now.

MGM (Metro-Goldwyn -Mayer) studios were also used for the inside studio productions. Now the MGM studios are also situated in California. Hence, the state of California is primarily the location for the movie, including Sierra Railroad, Jamestown in California. There are sequences in the movie which majorly rely upon master shots. And those could only have been obtained in these locations, only because of the sheer silence and deserted nature of the locations.

Bad Day at Black Rock is well acknowledged as a revolutionary movie in world cinema. It was the first movie which was shot at Cinemascope. Including an action-packed sequence involving a modern-day train, it was sequenced to change world cinema from its tip to toe. The Grand scale movie and shots were introduced through this 1955 release by MGM. So, in order to sum up the contribution of this movie to the cinema world, then it could be easily called the pioneer of grand scaling in cinema.