Where Is ‘A Country Wedding’ Filmed? 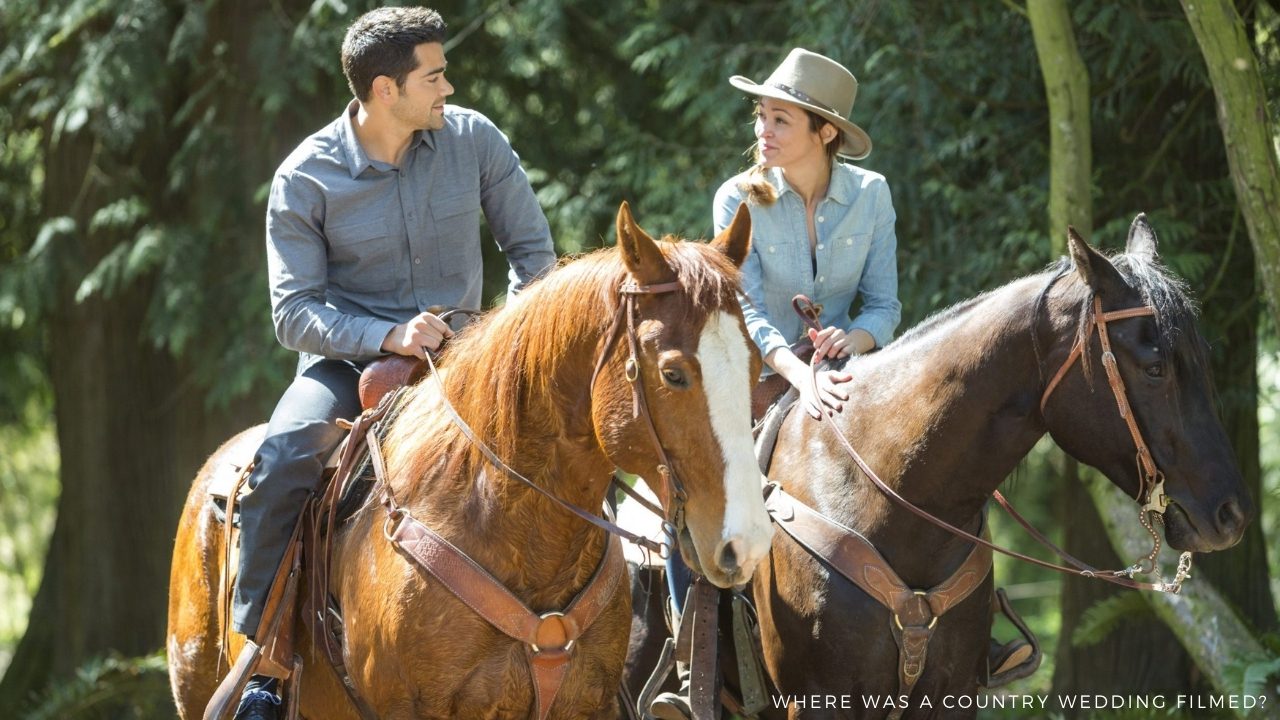 Let us take a look at where was a country wedding filmed. Before we enter into the article, let us look at the movie. A Country Wedding is an American-Canadian television romantic drama film directed by Anne Wheeler. Ever since it was premiered on Hallmark Channel on June 27, 2015, the film was able to grab a pretty loyal fanbase. The plot of the story revolves around a famous country music singer named Bradley Suttons. Bradley is leading a happy life with having almost everything that he wants. At the time when the story begins, we see he is about to get married to a famous Hollywood star Catherine. Before he was about to get married, he visits his hometown where he meets another woman, his childhood friend Sarah, who is a cowgirl who owns a small ranch.

Further in the film, we see both of them falling in love with each other. After being in love with Sarah, he discovers that we can find happiness from even the simple things in life. As his wedding day gets closer, it is up to him on who he should choose to spend the rest of his life with. in this article we will see where was a country wedding filmed, where we cover every location where the movie was filmed as well as other interesting facts about the movie. If you don’t know, Hallmark channel has a variety of romantic films, most of which have amazing visuals, just like A Country Wedding, and we are going to find out that in today’s article.

Where Is A Country Wedding filmed?

The film A Country Wedding was filmed in a number of scenes that have pleasant backgrounds and will be staying in our mids, just like the characters in the movie. Most parts of the movie were filmed in Vancouver, located in British Columbia, Canada. This place has also been used to shoot popular series like Riverdale, Lucifer, The Good Doctor, and The Vampire Diaries. Vancouver was also the shooting location of many popular films like Titanic, Pretty Little Liars, Deadpool. Other than the mentioned television series and movies, there are many other shows and movies also that have been filmed here or maybe even filming currently.

Other than Vancouver, the movie has also been filmed at Chilliwack, located in British Columbia, Canada. While Vancouver shows a more urban look in the film, Chilliwack is rich with natural scenery.  Many films like The X-Files, Rocky Mountain Christmas, Clean Fight, and many others have also been filmed in Chilliwack. Thanks to these locations, the film was able to depict the loud and happening urban lifestyle on one end, as well as showcasing the beauty of the countryside on the other. These places played an important role in setting the tone for romance between the characters.

Also Read: Where is Funny Farm Filmed: All About The Locations!

The Trailer and cast of A Country Wedding

In the movie, we will see Jesse Metcalfe playing Bradley Suttons, the lead character in the movie which is a famous country music singer. Autumn Reeser as Sarah Standard, Bradley’s childhood friend who is currently a cowgirl who owns a small ranch. Laura Mennell as Catherine, Bradley was about to marry her after his visit to his hometown. Other casts in the movie include Lauren Holly as Margaret, Aaron Craven as Adam, and Hrothgar Mathews as James.

Songs Featured in A Country Wedding

The film has many romantic songs, such as Dan Kosub’s Back When I Could Call You Mine, Colin Kennific’s Love Has Been Here All Along, as well as Deana Carter’s I Never Stopped Loving You.

Where to watch A Country Wedding?

For those who are interested in watching the Country wedding, then they can tune to The Hallmark Channel. If you want to have a physical copy of the movie, then the DVD of the movie is also available. And for all those who are looking where to stream A Country Wedding can stream through Amazon Prime Video.

How Old is Sakura Haruno in ‘Boruto: Naruto Next Generations’?