OtakuKart
Home Korean Wave K-Drama Where Are ‘The One And Only’ Cast Now? 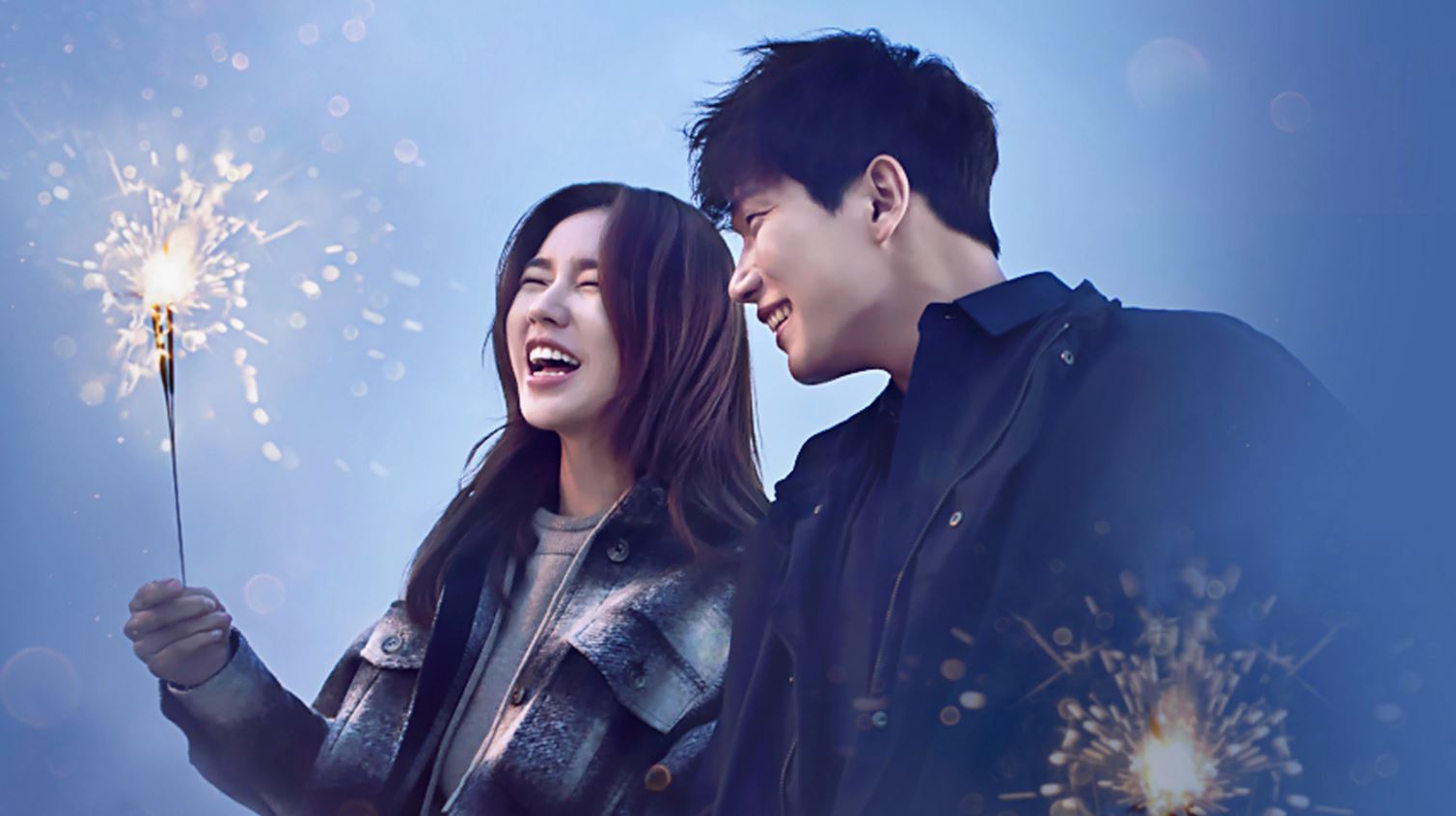 Released in December 2021, ‘The One and Only’ was JTBC’s one of the last k-dramas of the year. Having three women lead the story, fans all over the world had some great expectations from the k-drama. ‘The One and Only’ Cast didn’t disappoint. Based on the heavy topic of being terminally ill, the k-drama followed three women who met at the hospice. Living their last few months, the three friends decide to fulfill their last wishes themselves. With a lot of things happening in the hospice, “The One and Only” captures the cheerful and lively energy that exists within the hospice.

Having such an intriguing and amazing story, ‘The One and Only’ suffered from bad nationwide ratings because of its timeslot. Globally the k-drama has received mixed reviews, with most of them being positive. While many fans called the k-drama bit slow, the k-drama’s strongest point is the representation of female friendship. It delivers it with lots of tears and laughter. The women of this drama (lead or supporting) are the ones who carried it on their backs from the beginning. Their ride-or-die friendship is something to admire.

‘The One and Only’ Cast, Characters, & Plot

Abandoned by her parents and living a hard life, Pyo In Sook moved to the hospice after the doctor told her that she was terminally ill. There she met Seong Mi Do, a social media influencer, and Kang Se Yeon, an ordinary housewife. After fights and drama, the three women end up being friends and decide their final wish. Their final wish is to end the life of one person who has done them wrong. Contacting the Min Woo Cheon, a contract killer, to execute their plan, In Sook was all set. But with her and Woo Cheon falling in love with each other, things began to change.

Where Are ‘The One and Only’ Cast Now?

Making her debut with a musical in 2012, Ahn Eun Jin went on to play supporting roles. She starred in k-dramas like ‘Hospital Playlist 2’, ‘Kingdom,’ ‘More Than Friends,’ and a lot more. It wasn’t until she played the role of So Jeong Hwa in the 2019 k-drama “Strangers from Hell” that the actress finally got the recognition she deserved. Eun Jin even won the “Unexpected Award” at the 1st OCN Awards for the role. Finally, in 2021, Ahn Eun Jin bagged her first lead role in the JTBC k-drama ‘The One and Only, playing the role of Pyo In Sook, a girl who was raised by her grandmother.

Pyo In Sook was working at a public bathhouse scrubbing customers’ bodies for a living. Getting to know that she was terminally ill, In Sook moved into the hospice and met her future best friends. A year after ‘The One and Only,’ Ah Eun Jin is all set to star in the upcoming k-drama ‘Goodbye Earth’. The upcoming Netflix k-drama shows the stories of people as they deal with despair and hopes in a situation where the end of the world is predicted due to an asteroid impact. The cast of ‘Goodbye Earth’ includes Yoo Ah In, Jeong Sung Woo, and Kim Yoon Hye. Having 12 episodes, ‘Goodbye Earth’ will be coming out in late 2022 or 2023.

Graduating from the Theater Department, Seoul University, Kim Kyung Nam made his debut with the 2012 theatre play ‘Love’. The actor went on to play several supporting roles in movies and k-dramas. Including ‘Age of Youth,’ ‘Defendant,’ ‘Come and Hug Me,’ and a lot more. But his role in the 2017 KBS Drama’ Strongest Deliveryman’ as Sung Jae was the one that got him the recognition among fans. His role in the k-drama ‘Come and Hug Me’ even got him the Rookie Actor Award at MBC Drama Awards 2018.

After becoming the global heartthrob as Kang Shin Jae from the 2020 k-drama ‘The King: Eternal Monarch,’ Kim Kyung Nam went on to bag his first lead role. In 2021, Kim Kyung Nam joined ‘Revolutionary Sisters’ and ‘The One and Only’ as the main cast. With ‘The One and Only’ ending, actor Kim Kyung Nam is nowhere to be seen in the public eye. The actor has no upcoming k-dramas or movies signed up. For now, it seems like Kim Kyung Nam is taking a break from the limelight. In December 2021, the actor was in the news because of his neighbors. They had complained about excessive noise from the actor’s house after night.

Starting her career with the stage name Kim Ji Eun, she made her debut with the TV show “Honey Honey” in 2001. Kang Ye Won is a classically trained opera singer and used to be a vocal major at Hanyang University. After a few supporting roles and getting her name back, Kang Ye Won got her first leading role in the 2012 k-drama ‘The Thousandth Man. After her 2017 k-drama ‘Man Who Dies To Live,’ the actress made her comeback to the TV screens in 2021. Playing the role of Kang Se Yeon, who is an ordinary housewife who feels lonely and taken for granted. Kang Ye Won did an amazing job.

But fans have mixed reactions to Kang Ye Won’s acting career, but the actress seems to be getting better with time. With ‘The One and Only’ ending, Kang Ye Won is out of the public eye once again. The actress might be taking a break from acting for now. As Kang Ye Won is also co-CEO of management agency Hyowon CNC, she seems to be focusing on her management career for now.

Also Read: ‘Queens Of All Seasons’ – Red Velvet Bares It All In A New Interview With SHINee’s Minho

Popular with her stage name Joy, Park Soo Young is one of the most popular k-pop sensations in the world. The School of Performing Arts Seoul alumni made her debut under SM Entertainment as a part of the girl group Red Velvet in 2014. Within a few years, the k-pop idol made her acting debut, and the fans loved her. Joy has also won the Newcomer Award at the OSEN Cable TV Awards for her debut k-drama “The Liar and His Lover”. And just a year later, she went on to be nominated for Best Actress and Rookie of The Year at the MBC Drama Awards. Along with the Popularity Award (Drama Actress Category) at The Seoul Awards.

Joining the main cast of JTBC’s ‘The One and Only,’ Joy played the role of Seong Mi Do, a social media influencer. Fans loved her in the k-drama. Six months after the ending of ‘The One and Only,’ Joy has not stopped a bit. Working on Red Velvet’s Japanese comeback, Joy has released an album along with the girls. In mid-April, Joy also graced the cover of W Korea. She has also ranked 4 on April 2022’s brand reputation rankings. While there are no k-dramas lined up for Joy, there are a lot more things coming from the music side.

Where To Watch ‘The One And Only’ With English Subtitles?

‘The One and Only’ is available to watch on streaming platforms like Netflix, TVING, and Rakuten Viki with English subtitles. The k-drama premiered on channel JTBC at 11 PM KST on Monday and Tuesdays. Being a weekday k-drama, Episode 1 was released on December 20, 2021. The k-drama premiered its last Episode on February 8, 2022. With each Episode having a runtime of 1 hour 10 minutes, ‘The One and Only’ has 16 episodes. The k-drama can be binge-watched within a day or two.

Want some closure on the ‘The One and Only’?

Also Read: ‘The One and Only Season 2’ Ending Explained and All About the Renewal