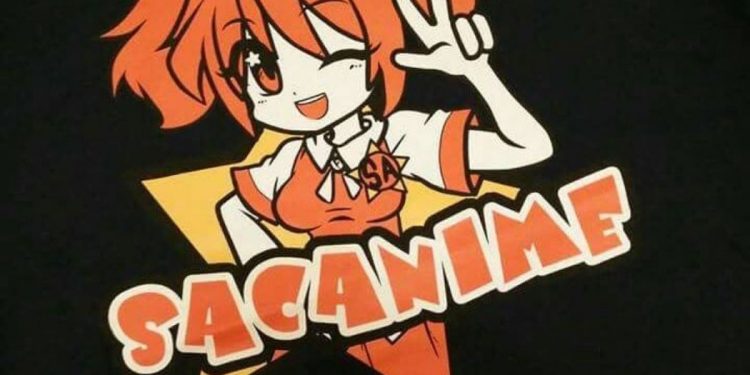 It’s been some time that Jump Fest has ended, and all the international anime lovers are getting bored of not getting something fun. But don’t forget that this is that time of year when SacAnime is held. Not only the typical Japanese anime, but SacAnime is also famous for targeting animated programs from all over the world. Be it Frozen, Toy Story, Nemo, Genshin Impact, or any other animated series, the video game, or music video, all of it will be there under one roof. So, if you are someone who loves all of this, you better book your tickets to land over there to attend the SacAnime 2022.

SacAnime is something related to anime series, but what actually is it. So, starting with a brief introduction, SacAnime is a semi-annual anime convention held for three days at Cal Expo Sacramento, California. The reason why it also targets the western anime series together with the typical anime series is that it is originally planned to organize in California. The motive of this convention is to target every age group that is interested in watching anime series. Where Jump Fest is not necessary for kids, in SacAnime, many kids, even the age of 2-5 years, attend it. This makes the anime con ten times more exciting, wanting us to know when it is going to happen.

As now we are aware that the event is going to happen soon, we will first know what it’s all about. It typically features art contests, music video contests, card-game tournaments, cosplays, cosplay chess, character costume contest, fashion show, karaoke, anime maid cafe, music performances, console gaming, and a lot of fun stuff. If we say in short, it is basically a huge event for the anime lovers who will come there to enjoy their days playing games, listening to music, experiencing things related to their favorite anime. Along with this, the voice actors from different anime series become the center of attraction as people will there cheering for them. The history related to this event is quite normal, but it was originally started as an anime and manga convention.

Later, in 2013, when there was a rapid growth in the summer conventions, it was later titled the Sacramento Convention Center. Something very remarkable happened during the SacAnime o 2014. The moment was even remarked by the official SacAnime sources. During that time, a marriage proposal occurred during the costume contest where the couple was dressed as their favorite character, interesting no? Since the day the concept of SacAnime concept was introduced back in 2005, it has been held every year. However, the event for the years 2020 and 2021 were canceled due to COVID-19 Pandemic, and the 2022 rendition is highly anticipated.

As it is already said that the anime convention called SacAnime is held for three days as a semi-annual program, then this is going to be held for three days for sure. However, since 2020, two events have been canceled due to pandemics, so this made us doubt the event for this year too. Since in winters many countries have faced a surge in covid cases, things seem to be unclear. But too much to our surprise, last year, in April 2021, SacAnime managed to successfully hold a Swap Meet even during the pandemic, which means nothing is going to stop it. So, according to the official announcement, SacAnime Convention is going to be held this year for sure. As for the dates, SacAnime will be held from 7th January 2022, Friday to 9th January 2022, Sunday.

Since everything has already been planned, there is some great news about the presence of many voice actors from different and popular anime series. Since the convention is special in California, the voice actors are from the English dub. You will not get to see original Japanese voice actors of the series, which is going to be quite disappointing since sub-series are more popular than dub. Moving on, many voice actors from the series and games like Genshin Impact, Super Mario, Powers Rangers, and some Disney series are also going to be there. Some famous appearance includes Dalla Reid, who voices Asta from Black Clover, Juzo from MHA, Liqueur from Dragon Ball Super, who will also be attending the convention.

Further, we have Bryce Papenbrook, who voiced Inosuke from Demon Slayer, Kirito from Sword Art Online, Liebe from Black Clover, Cat Noir from Miraculous Ladybug, Eren from Attack on Titan, and Nagito and Naegi from Danganronpa. Laura Faye Smith voiced Princess Rosalina from Nintendo Game and Noelle from Genshin Impact. Trina Nishimura is known for her works as Mikasa from AOT, Jiro from MHA, Makise from Steins; Gate, Lan Fan from Full Metal Alchemist, Minami from Yuri on Ice, and Natsume from Deca-Dence.

You will also get to meet Max Mittelman, Faye Mata, Jason Marsden, Cherami Leigh, and many other well-known voice actors from very popular anime series. You can check the rest of the guest list on SacAnime official Twitter handle. As for the ticketing and stuff, you can refer SacAnime’s official webpage.

Kpop Idols Born In January – Know About Them