It’s been some time since Jump Fest has held and become a center of amazing anime announcements. Since then, we have been hearing new announcements regarding one of the other anime series every day. Sometimes it is an original anime that is dropping out. Other times it’s about the anime adaptation of the manga. Just like many other anime series which got an announcement regarding their renewal, Mushoku Tensei is one of them. After the first two seasons of Mushoku Tensei, the plot of the series escalated right after seven great powers were introduced. But there is a lot that is still remaining to be covered which made the creators announce a Mushoku Tensei Season 3.

The anime series is quite well known and has been ranking really high this year. This managed to get the fans to go crazy, and after the declaration, they have already been planning their schedules for the upcoming season. However, since many of the viewers are still unaware of the actual release date of Season 3 of Jobless Reincarnation, here you are going to know everything regarding the soon to be renewed anime series. It has already been predicted that the upcoming season is going to be more exciting than the previous one, so it’s high time we get our minds over all the information regarding the same. Let’s get started!

Mushoku Tensei, also known as Jobless Reincarnation, is a Japanese novel series by Rifujin na Magonote. The novel belongs to the fantasy, harem, and isekai genres. It was published by the Shosetsuka ni Naro Publications and was released on 22nd November 2012. The novel ended with about 25 volumes on 3rd April 2015. The novel was there for too long until it was adapted into an anime series. Later, on 23rd January 2014, Media Factory Publications dropped out the first volume of light novel adaption of Mushoku Tensei. Similarly, as the novel series, the light novel also consisted of 25 volumes. Finally, on 2nd May 2014, a manga adaption of the series illustrated by Yuka Fujikawa was released that consisted of 15 tankobon volumes. Later, another manga by the named Mushouku Tensei: Roxy Gets Serious was released, illustrated by Shoko Iwami, and published by Kadokawa Shoten.

This didn’t stop here as the other three volumes of the manga were released that were illustrated by Nogiwa Kaede. It was released on 25th October 2018 and was published by ASCII Media Works. All of these adaptations were popular until the show stopper was announced. On 11th January 2021, the first episode of Jobless Reincarnation anime adaption was released. The first episode was titled “Mushoku Tensei” and followed the initial progress of the series. A jobless man who is living a hopeless life dies after living a very sad life. Surprisingly, he gets reincarnated as Rudeus Greyrat in a fantasy world while having his memories intact. In his new life, he decided to live it without any regrets. The journey of Rudeus Greyrat continued till two seasons, and now you will see the further in Mushoku Tensei Season 3.

The protagonist of the series Rudeus Greyrat is the very man that died in the human world and was reincarnated into a fantasy world. There he remained himself as Rudeus Greyrat and decided to live his new life without any regrets of spending a very miserable previous life. Rudeus Greyrat is the protagonist of the series Mushoku Tensei. Previously, he was an overweight 34-year old man Japanese NEET who was living his life without a job. One day he was hit by a truck and died on the spot as he got reincarnated. Surprisingly, in his new life, he didn’t forget anything about his previous life and realized that he had wasted his previous life. Now, as he got a second chance into an unknown world, he started living to the fullest, impacting the people around him and overcoming his social anxiety.

As he got a new life, his appearance changed a lot. He got reincarnated with brown hair, but throughout his journey and encounters with Orsted, his hair turned white. As for his eye, both of them are not matching since he switched his eye with a demon’s eye. Unlike his previous self, Rudeus is taking his new life very seriously and made sure not to get carried away by being selfish or arrogant. He stays humble, down to earth, and does not let his old self come over.

Season 1 of Mushoku Tensei consisted of 11 episodes in total that concluded with the episode titled “Children and Warriors”. As season 1 ended on 22nd March 2021, creators didn’t take much time and released a Season 2 on 4th October 2021. The new season contained 12 episodes and began from where it left off by the end of season 1, where Paul asked Rudeus to make his search parties go on a search for his missing family members. The final episode of the Season 2 of Mushoku Tnesie was released on 20th December 2021 and was titled “Wake up and Take a Step”.

In the final episode, Rudeus starts having flashbacks of his previous life which are spent in utter misery. He began to remember his school days where he was severely bullied, which made him live aloof from society. On the other hand, Eris, along with Ghislaine, left for their own adventure in order to grow more powerful to protect Rudeus from Orsted. Many series of events took place in the concluding episode as they depicted the next step of almost all the main characters. The episode ended with a depressed Rudeus who finally realized his duty towards Zenith as he let go of his past and decided to move further in his journey.

The anime series gained all the population due to some of the main reasons. These are plot, screenplay, character design, relativity to the character, and many other things that make an anime series super successful. As per the experiences of many viewers, they denoted the anime series as the “pioneer of Isekai genre”. Even though it didn’t come out as controversial as “Redo of Healer,” it managed to get the same attention being a harem genre. It was beautiful, pleasant, charmingly funny, and emotional at the same time. Fans didn’t stop to give the series a humorous turn as they mentioned the fact of Rudeus, a thirty-year-old trying to get a twelve-year-old using a ten-year-old body. It didn’t come out as offensive as many viewers took this fact as a total joke, but some get into its depth.

Few hard critics highlighted the fact of the show putting underaged and perverts together, which seems quite bad for it. Many viewers tried to defend the show, but critics came out with the argument that the series was highly sexist and offensive. Some scenes of the plot showcased the female submission, which again offended a whole crowd as they were not happy with the depiction of masculinity in such a way. A part of the series showed Rudeus calling his dad a very bad man because he cheated on his wife, but still, he finds his dad so cool. Cool, just because he got into intimate relations with many women. This fact seemed highly unacceptable to many people. Some pointers like this are dead to the series getting some negative feedback at the same time people are enjoying it, making it more popular than ever.

The series has been through a lot of ups and downs, many praises, and lots of condemns. Still, it managed to get on top. Now people are all over the internet, whether they like it or not, asking for the series to get renewed with a season 2. Since it has been officially announced by the creators in the Jump Fest 2021 that the series is going to be renewed, we got nothing to predict about it. It is just simple and straightforward that the new season of Jobless Reincarnation will be released, but the fans have to wait a whole year for it. You can expect the new season of Jobless Reincarnation around July 2023. It requires a lot of patience, but till then, you can stream the previous seasons again, which are available on Hulu and Muse Asia YouTube Channel. 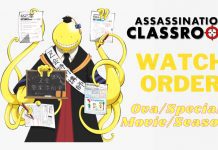