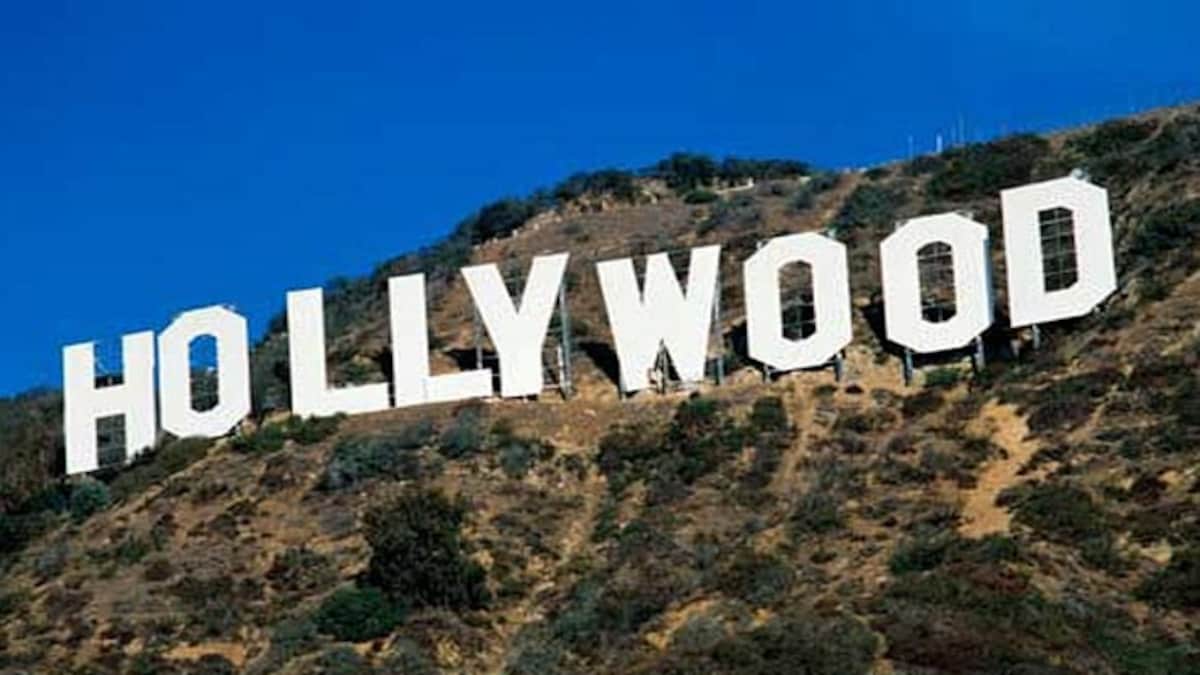 Ahh! The Hollywood Sign, probably one of the most popular and recognizable structures out there. Pretty much synonymous with the golden age of cinemas and still remains to be relevant in popular culture. Starting out as a temporary sign created for the sake of an advertisement, the sign conquered the test of time. If not much, the officials decided to keep the sign further to represent the district. It’s probably the boom of cinemas that made the sign what it represents today. Its presence in pop culture references as well as altered and parodied versions have been part of the entertainment world and will continue to do so.

Here we are taking a look at the origins of the sign. How it made it to the hills of the district? What did it take to build that structure? The wrath faced by mother nature resulting in its destruction time and time again. But also leading the authorities to give it a new life by resurrecting the sign. Even many people joining in to have a petition to recreate a permanent structure. Then moving onto the controversies that have followed the sign till date from banning of the visit to an actress committing suicide.

The Hollywood Sign was erected back in 1923 in Hollywood, Los Angeles California. There is not much evidence about the exact date, but originally it went with a different name and purpose. It stood tall with the name Hollywoodland in its initial years. The aim of the sign was to advertise a new segregated housing development. If we talk about a proper date for the sign. Refer to local newspapers from that time, including The Los Angeles Times, Holly Leaves, Los Angeles Record, Los Angeles Examiner, and the Hollywood Daily Citizen. They state the sign may have come into effect from March to June. That’s where you will see the ads for the sign and housing development. 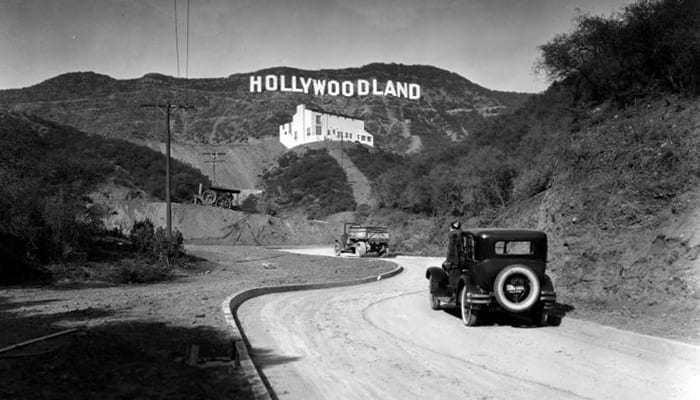 The Hollywood Land Sign In Its Earlier Days From Hollywood, Los Angeles, California

The housing development company hailed from the hills of Hollywood, Los Angeles. Los Angeles Times publisher Harry Chandler pushed the idea further. Thomas Fisk Goff designed the sign with each letter standing at 30ft tall with around 4,000 light bulbs. The project at that time cost around $21,000, including the poles which supported the sign. In today’s world, it may cost around $320,000.

A number of times, the sign faced dissolution. The Hollywood Chamber of Commerce in 1949 brought in a contract. In a turn to repair it. But with “land” removed to represent the district. Not the advertising of the housing development. Despite the repair, mother nature didn’t stop them from going against the sign. The Hollywood Sign continued to face the wrath of nature and saw it losing its letters here and there.

In the 1970s, after the severe downfall of the sign, the founder of Playboy magazine Hugh Hefner came in. He announced a public campaign to restore the sign. This time with a more strong and permanent structure. A total of nine donors came together to bring an amount of US$27,778 each. Thus, replacing each letter now with 45 ft tall ones, which were revealed later on November 11, 1978.

Apart from being a pop culture phenomenon. The Hollywood Sign has found itself trapped in a number of controversies as well. For example, the sign has been a constant subject of traffic in the city. Many have claimed the tourists stop by to visit and have a look at the sign. Thus, resulting in a ruckus on the road. There are times the residents opted to use fake signs of Access Blocked. Henceforth to avoid the tourists from stopping by or get close to the sign. This even led Los Angeles City Councilman Tom LaBonge to petition GPS manufacturers to redirect traffic towards Griffith Observatory and the Hollywood and Highland Center for tourists. Some saw it as a good sign, and some deceptive.

Similarly, the year 2017 saw the closure of the Beachwood Drive gate. It served as an access point to the popular Hollyridge Trail. This led to a backlash from the people. They stated they cant restrict the tourists from visiting these gateways to the sign. The answer came from Warner Bros. who proposed a d $100 million tramway. The one which goes from Burbank studio lot and up the north face of Mount Lee to a new visitors’ area.

Apart from today’s controversies, there is one dating back to 1932 during the golden age of cinemas. A 24-year-old actress Peg Entwistle committed suicide by climbing up the ladder to the H of the sign. Thus, the sign is also subject to hauntings and to paranormal shows as well.