RRR Pre Release Event: All That Went Down, Plot & Cast of The Movie 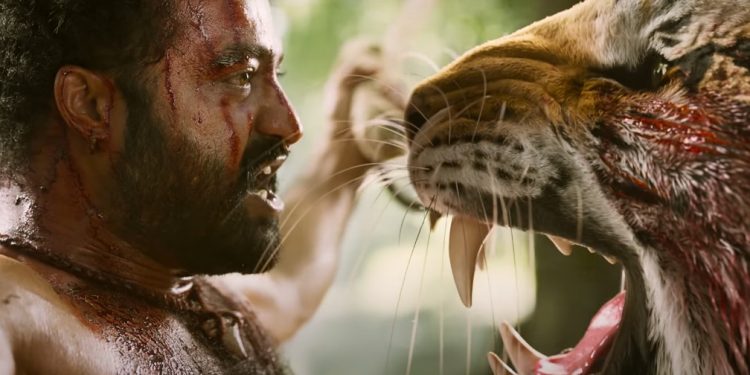 When is filmmaker S.S. Rajamouli’s latest film RRR Pre Release Event Date? Firstly, if you’re not familiar with this filmmaker, he’s a fantasy and period director best known for films like 2012’s “Eega”, 2009’s “Magadheera” and Baahubali: The Beginning. In the case of RRR, he brings us a period fantasy movie that takes us back to 1920’s India. As the revolution and struggle for independence in that country begin, a Gond tribal leader fights against occupation forces.

After concluding Baahubali 2, Rajamouli set out to work with DVV Entertainment and K.L. Narayana. The director worked intensively on the script out of an idea by K.V. Vijayendra Prasad. Though the film was scheduled to release last year, the COVID pandemic got in the way. Now without further ado, let’s begin covering this interesting movie here at Otakukart.

When is the RRR Pre Release Date?

RRR was pre-released on December 19, 2021, in Mumbai, India. Firstly, the event was hosted by Karan Johar. The event was nicely coordinated by the fans associations of the star actors and actresses participating in the event. In fact, over one hundred busses were charted to move fans to the venue. Moreover, the venue had massive cardboard cutouts of Ram Charan and Jr NTR (N.T. Rama Rao Jr.) showcasing the event.

RRR will release to the public on January 7, 2022. Firstly, the film will be distributed by different companies in different regions of India. Consequently, Lyca Productions took over the distribution in Southern India. While Pen Studios will distribute the theatrical version of this movie in Northern India. Additionally, Zee and Star India Network acquired the satellite distribution rights. Lastly, Netflix will also distribute the picture in English, Hindi, Spanish, Turkish, Portuguese, and Korean.

RRR began shooting on November 19, 2018, in Hyderabad. It was also the first Indian film shot employing the Arri Alexa LF digital motion picture camera. After a short break, the production crew and cast regroup to shoot in January 2019. Additionally, the movie has massive scenes with over 1000 extras. In March 2020 the filming had to be put on hold due to the COVID-19 pandemic. Later, in June 2020, the filming was resumed after the regional government of Andhra Pradesh gave the OK to resume filming. With the nasty evolution of COVID-19 in India, the filmmakers had to go about sorting all sorts of obstacles. It wasn’t until October that Rajamouli managed to actually shoot the film’s promo teaser.

The filming was supposed to be concluded back in January 2021. But then the second wave of COVID hit, and then the producers had to resume —once again— filming in June 2021. The final conclusion for the production of this movie took place in late August 2021. As for the dubbing, even the actors had to record and work from home, with Charan and Rao recording their dubs. On an interesting point, this is one of the films that Rajamouli worked in post-production the least. Frankly, he was tired, he’d spent over three years on it!

RRR Cast: Who Can Be In It?

Firstly, in the lead role, we have JT Ntr (N.T. Rama Rao Jr), whom you might recall from his movies “Temper” and “Yamadonga” playing Komaram Bheem, a rebel leader from the Gond tribes who led an open revolt against the Nizamate of Hyderabad and the British Raj. Additionally, Chakri will play the younger version of Komaram Bheem.

Secondly, Ram Charan (you might remember him from movies like “Yevadu”, “Bruce Lee: The Fighter” and “Khaidi No. 150”) will play Alluri Sitaram Raji, an activist for independence from Andhra Pradesh who fought against the British Raj. Additionally, the younger version of Alluri will be played by Varun Buddhaved. Rounding up the cast, we have Ajay Devgan, Alia Bhatt in their debut roles. Also, Alison Doody, Ray Stevenson, Shriya Saran, and Samuthirakani are in supporting roles. With this, we conclude our coverage or RRR here at Otakukart.

Also Read: Who is Radhika Madan’s Boyfriend? All about Her Dating Life!

Marilyn Monroe Pregnancy: All The Rumors and Truth Behind it!