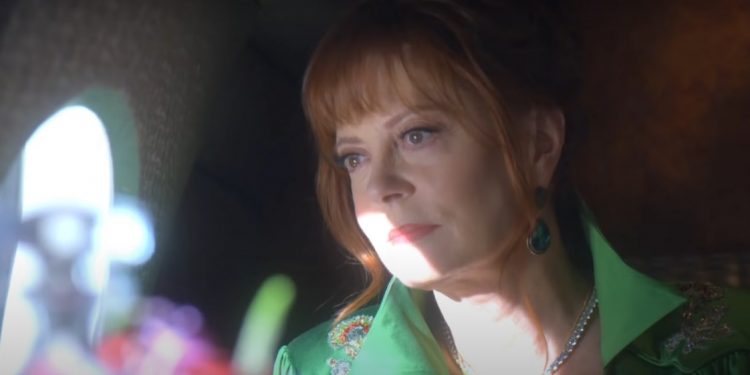 The premiere of the Country music drama Monarch on Fox will have a grand impact. Firstly, Fox chose to premiere this musical drama right after the NFL championship with a double scoop, that’s two nights of this grand show. Additionally, the network aims to compete with Paramount’s Yellowstone in regards to Texas-style gut-wrenching human dramas. Only that they chose the story of the Romans, a family whose business is entertainment. More specifically, the wildly popular niche of Country music and the competitiveness it entails.

Monarch will take us on stage and backstage of a musical dynasty created by Dottie and Albie Roman, the heads of a family full of problems that need to do whatever it takes to stay on top. Additionally, the show was created by Melissa London Hilfers, Jon Feldman, Gail Berman (he produced “24” and “House”), Jason Owen —a successful country music genre music manager—, Jason Ensler, and Hend Baghdady. Now, without any further ado, let’s begin covering this topic here at Otakukart.

Monarch will premiere on January 30, 2022, on Fox at 22:00, Eastern Time, United States. Firstly, the show will have a regular slot on Tuesdays at 22:00. Secondly, the country music drama about the Roman family is going to enjoy the mid-season ratings pump benefits following the NFL championship. As its premiere date is slated to launch right after the big sporting event. Lastly, the debut season will consist of a dozen one-hour run-time episodes. It is the first fully-owned series by Fox since the network got bought by giant entertainment company Dinsey.

Monarch was created by Mellissa London Hilfers and is all Texas! It will take us through several generations of Texans trying to run a family business, with the generational problems that situation can generate. Much like Yellowstone, this drama will have lots of things dealing with crime, ethical conflicts, shady businesses, all while covered under the glamourous glitter world of the country music business. We will get to know the Roman family clan, a successful, musically talented family that runs the country scene, all while dealing with heavy family woes. Just as their reign is challenged by a heavily competitive world, the heiress to the empire has some plans of her own.

Where to Watch Monarch?

If you want to watch Monarch, tune in to Fox at the aforementioned time. Alternatively, you can enjoy this show on the Fox website or its app. Additionally, Monarch will be available on most Fox sister streaming sites, which include Hulu. Since Fox now belongs to Disney and that company owns the distribution to those platforms, it’s no surprise that we might be able to enjoy it on those streaming platforms. While there’s no official information yet on where to stream it. As soon as Fox makes it public, we will post an update for you.

Monarch Season 1 Cast: Who can be in it?

Additionally, Martha Higareda (you may remember her from Netflix’s Altered Carbon) plays Catt Phones. She will be a mom to a teenage singer that will be signed under the Roman clan record label. Phones will be an antagonist to the Romans and hold them in spite. And Emma Milani plays Ana Phoenix, Catt’s daughter and TikTok star.

The plot will also have flashbacks to the past. In consequence, we’re seeing some versions of younger characters like Young Albie Roman, played by Justin Kucsulain, Young Nicolette “Nicky”, played by Taegen Burns. A young Luke will be played by Gavin Bedell. Also, Eva Amurri will play a young Dottie, and Elena Murray will play Young Gigi. Rounding up the cast will be Reshma Shetty, D.W. Moffett, Damon Dayoub, Ava Grace, Libby Blake, and Kevin Cahoon. With this, we conclude our scoop on the Monarch upcoming premiere here at Otakukart. Thanks for reading our scoop.