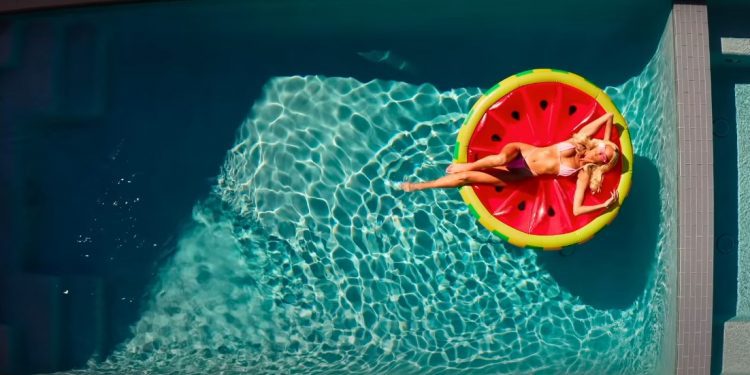 American reality tv series Selling Sunset Season 5 was confirmed by Netflix. Firstly, the Adam DiVello program revolves around the life of several high-profile real estate brokers in sunny liberal California. The show has beautiful aesthetics, all the posh lifestyle that Los Ángeles can provide, and all the drama that a reality tv show will give to its audiences.

Now, with a fifth season confirmed and completely wrapped up by Netflix, it is only a matter of time before the streaming platform decides to drop the latest installment for our viewing enjoyment. With its very well-structured premise, the producers are even planning to create two spinoffs in Florida and in Newport Beach. But first, let’s take a look at what Season 5 of Selling Sunset might have in store for us here at Otakukart.

Brett and Jason Oppenheim founded the Oppenheim group and are twin brothers. Chrishell Stause is a real estate agent, actress and was married to Justin Hartley. Maya Vander is from Israel and works between LA and Miami. Heather Rae Young was a Playboy Model and is Tarek El Moussa’s wife. Mary Fitzgerald is Romain Bonnet’s wife. Davina Potratz works for a rival estate agency called Douglas Elliman. Lastly, Amanza Smith is an interior designer.

What Are The Expectations From Season 5?

Chrishell’s and Jason’s relationship is in a really bad shape from season 4 and we’re likely to see some more of that on season 5. Secondly, we will also see some more details regarding some international vacations to Europe —Greece, to be precise— and even more competitiveness between rival real estate companies. We will see more of Mary as she’s left without any allies at the end of the season.

Where to Watch Selling Sunset?

If you want to watch Selling Sunset, then your only option is the streaming platform giant Netflix. Luckily, Netflix is a globally available platform. So, if you want to watch season 4, or if you want to catch up, or if you want to check out the spin-off for this franchise it is all there! Also, starting from US$ 9,99 you get an ad-free access to an ever-expanding catalog of series, movies, documentaries, and shows for all ages, of all genres, and everything in between. It’s a great way to get an entertainment platform for you, and for your family.

The final episode kicks off with Chrishell getting a really nice property for NBA athlete Thomas Bryant. The property has a screen room, a top-floor premiere suite with a big view of the LA skyline. Later on, the rest of the cast was all hyped up about a party event where Chrishell dissed some gay people on Twitter. And to add insult to injury apparently, she did that while wearing a dress that Jennifer Lopez. Also, Mary is all over the place trying to sell some properties and confused about what to wear for a party.

Vanessa and Christine kick it off at a hotel. Christine wears some white thigh-high boots with “Rich AF” boots inscribed on them. The girls talk about the upcoming party that Jason will host the next day. Vanessa is very inquisitorial about Christine’s potential return to the office. But Christine is hesitant as she doesn’t feel part of the team. When it comes to friendships, Christine doesn’t want to be friends with Mary, and that will resonate with them in the future.  And as we will see by the end of this episode, the setup for this encounter will have dramatic consequences in the upcoming posh cocktail party at Jason’s. Oh, we’re in for a ride!

Heather and Tarek are having tacos while they talk about Christine and comment the upcoming Jason party. During the conversation, Heather spills the beans out: She wants every girl to confront Christine so she can’t lie anymore. And while Christine’s behavior is deplorable, this setup and its fallout will have a lot to say in the upcoming season.

Mary and Chrishell visit a boutique named Albright, and they are excited about it. Chrishell picks up a dress worn by Angelina Jolie and shuns it because it is so…tiny and revealing. Later on, she tries on the J.LO Versace dress. After several changes, the girls end up gossiping about… you guessed it! Christine while wearing golden and platinum dresses. Can Chrishell rock her dress? Can Mary rock hers? Moreover, how will the set up for Christine end up in this whole posh shenanigans these girls are setting up?

The preparations for the party get ready, Heather and Tarek arrive and are greeted by everybody. There are cocktails, decorations and everybody looks stunning. Everybody begins to arrive and it looks like an award show. People start asking about Christine and the trap seems to be cooking between champagne glasses. Later on, Jason and Brett toast the year for the attendees and announce the expansion of the company to Newport Beach. Everybody cheers on. There are different shots of the participants having fun and mingling.

The sunsets, the music begins, the DJ kicks it off and the attendees keep wondering if Christine will show up. And just when everybody else is plotting against her, Christine arrives and the hypocrisy begins. They call her out for being late and just when they were going to set the trap, Heather backs out and tries not to make a scene while the cameras are on. And Christine feels like she did nothing to deserve anything about it.

Christine feels betrayed and considers that from the moment she walked in, she was mistreated and called out on the other girls for doing that. She goes on to say that she’d never do something like that to them. The girls confront Christine about her lies and ambush her. She begins to sob, calls them “monsters” and the girls are in the shock of awe. Christine walks out when confronted, once again, when approached. Mary recommends she be more genuine. After that, Christine tells her that she misses their friendship. Poor Christine, if she’d been more honest she wouldn’t be in this hot mess.

In the end, Mary can’t do it anymore, and Christine must leave with no friends and her future up for grabs. Moreover, she didn’t even introduce us to the dude she was holding hands with, in the first place. All the while Mary looks out the crowd while holding her tequila and club soda. All these girls dressed in their fancy outfits and sinking their high heels in the grass are left wondering what’s next. The camera slowly fades as we see the buildings in the distance fade with the blinking lights and the drama of all things reality show of fancy-schmancy posh Los Angeles. We’re left with a cliffhanger and a teaser for the next season.

Selling Sunset was officially greenlit by Netflix. Firstly, the cast expressed on their social media their excitement about the next season which wrapped up the filming just recently, according to cast member Chrishell Stause. Moreover, Seasons four and five were filmed back-to-back. And considering Netflix dropped on their platform Season 5 on November 24, 2021, it won’t be long before we see Season 5. Consequently, Selling Sunset Season 5 will release in 2022.

The more exact date is up for grabs and entirely up to Netflix’s discretion. With this, we wrap up our coverage of Selling Sunset season 5 here at Otakukart. Thanks for reading our scoop and please keep coming back for more daily updates on all your favorite reality television series, documentaries, movies, and shows.

Also Read: Jason and Chrishell Engaged: The Selling Sunset Pair Chose To Keep Their Relationship Away From The Camera! 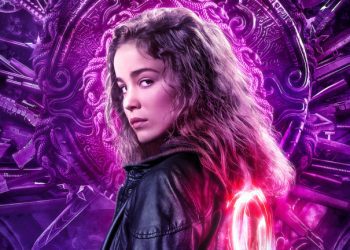