When is Royal Variety Performance 2021 Filmed? All About The Charity Show!

The show Royal Variety Performance donates all the money earned to charity. 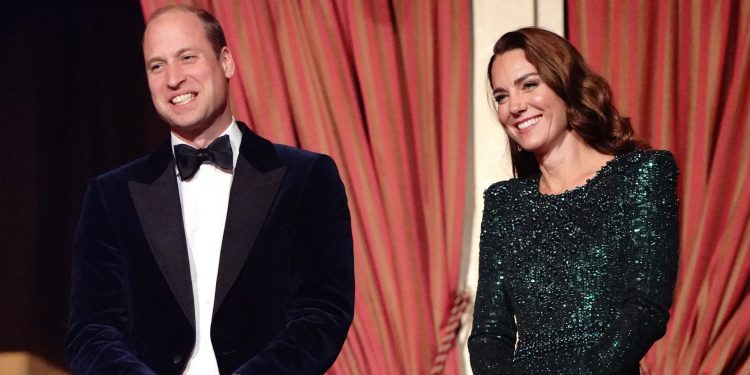 Duke And Duchess of Cambridge

Coming back to The Royal Variety Performance, it is an annual gala evening in the United Kingdom. Prominent members of the British Royal Family attend it. Generally, the reigning or the currently ruling member attends it in person or sends a representative. The evening’s presentation is a variety show with family entertainment. It includes comedy, songs, dance, magic, and other specialized acts like circus too! Numerous celebrities are among the performers and hosts. Even One Direction has performed thrice! So, when was Royal Variety Performance in 2021 filmed? Let’s dive into it!

Also Read: Where Is Pretty Little Liars Filmed? All About The Story And Locations!

When Was Royal Variety 2021 Filmed?

The Royal Variety Performance’s filming took place at the Royal Albert Hall on Thursday, November 18th, 2021. The show premiered on ITV1 and ITV Hub, the channel’s on-demand streaming channel, on December 19th, 2021. The line-up includes the very famous and talented Ed Sheeran. Ed is one of the best-selling musicians in the world. He has over 150 million albums sold. Ed’s fifth studio album, ‘=,’ came out at the end of October, and he just released a new Christmas single, Merry Christmas, with Elton John.

Rod Stewart, a great musician and international sensation, performed at this year’s show. In the United Kingdom, Rod has ten number one albums and 31 top ten singles. Six of them reached number one. He also has 16 top ten songs in the United States.

Another performing artist is Years and Years. Although previously it was a band, it is not anymore. Olly Alexander is Years and Years, and he played his solo project. He is famous for his hit songs like King and Shine. Both of them charted number one on the UK Singles Chart.

Anne-Marie, the pop phenomenon, also performed at the show in 2021. You might remember her from her famous and hit songs like Alarm, 2002, Ciao Adios, Don’t Play, and Friends. Jane McDonald, a singer and TV presenter, will perform a spectacular duet with Carly Paoli, who is a soprano singer. You will be excited to know that James Blunt, who is famous and known for songs like You’re Beautiful and Goodbye My Lover, is also performing.

Some More Entertainers Who Are Going To Perform

Cirque du Soleil presented a spellbinding performance of their latest act, Luzia, on stage. The entertainment firm is the world’s largest contemporary circus production! There was a comedy segment from Judi Love, Bill Bailey, Chris McCausland, and Josh Widdicombe. Keala Settle, an American actress, joined a choir for a special performance of ‘This is Me’ from the musical blockbuster ‘The Greatest Showman’. She portrays bearded lady Lettie Lutz in it.

What Is Royal Variety Charity About?

The event is in support of the Royal Variety Charity, whose patron is the Queen. It aids entertainers around the UK who are in need of help and assistance due to old age, illness, or hard times. This year that is 2021, marks the 100th anniversary of the ruling monarch’s patronage. It began with King George V in 1921. He served in the navy until his elder brother, Prince Albert Victor, died in 1892.

The Duke and Duchess of Cambridge attend the Royal Variety Performance at the Royal Albert Hall, London 📸@GettyImages pic.twitter.com/dk8k2q5ncn

Who Is The Host This Year?

Carr joked about his appearance the last time he hosted the show. Alan said he was wearing a revealing leopard print dress which was little. He said he would definitely wear something a little more sophisticated this year.