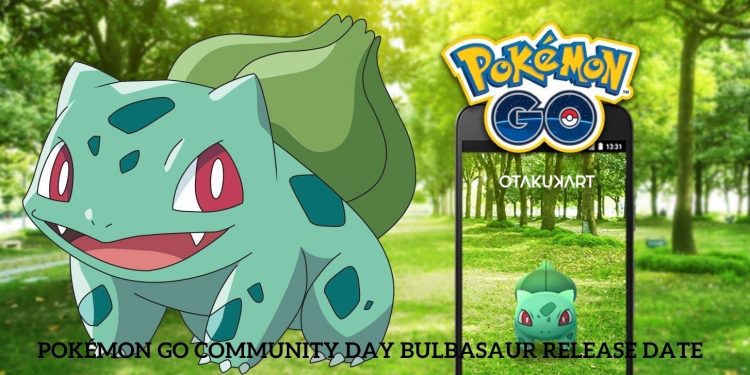 The time for a second Pokémon Go Community Day is all set to celebrate a character who will be featuring soon in the game. Well, we hope all the pokemon fans remember who Bulbusaur was. So, in the upcoming live event, Bulbasaur will be presented in front of the audience on Pokemon Go Community Day. He was the first pokemon in the Pokedex, and he was one of the main pokemon belonging to Ash in the first season of Pokemon Anime. Furthermore, he was also there in Manga, and now, he is ready to be featured in the game.

It will be interesting to know more about Bulbasaur in the live event. So now, you must be wondering when will be the Pokémon Go Bulbasaur Community Day? Read on to know about the famous pokemon and the exact release date for the live event, which is going to take place in January. Talking about Pokemon Go Community Day, it is held to celebrate, introduce and announce a certain pokemon that has been selected for featuring in the upcoming update. In this second Pokémon Go Community Day, which is the one coming in this month, Niantic will be announcing Bulbasaur rerun in the next update.

What All Do We Know About Bulbasaur in Pokemon Go?

Bulbasaur is a cute little pokemon who evolves into Ivysaur when the player reaches level 16 and eventually into Venusaur when he reaches level 32. Bulbasaur is small and a bit weak as compared to its evolutions, and Venusaur is the strongest. Talking about its design, onion, and frog are the inspiration behind such a design. But if we closely look at its design, then it is an amphibian who walks on four legs and has a closed seed-like structure on its back. Well, this seed turns into a plant when Bulbasaur Pokemon grows or evolves into Ivysaur and Venusaur.

It is a plant- poison pokemon that is weak in front of Fire, flying, ice, and psychic pokemon. But, it becomes a beast when it faces rock, ground, and water-type pokemon. Furthermore, sunlight is more than enough for him. For example, if there is sunlight, he will sleep and absorb energy from the sunlight. Also, he is such a low-maintenance pokemon that he can live for many days without food. Sounds interesting! So, let’s now jump on to the Pokémon Go Bulbasaur Community Day.

The Pokemon Go Community Day Bulbasaur is going to be live on January 22, 2022. The fans should be ready with their screens from 2 pm, and the live event will end around 5 pm. Bulbasaur will be the heart and soul of the event. Also, the event will introduce exclusive attacks, and interestingly, we will also see a shiny Bulbasaur.

Yet, a die-hard Pokemon fan will easily recognize the change into the pokemon. Furthermore, if a player is already having an Ivysaur and he can change it to Venusaur during the event, he will have the Frenzy plant as the charged attack. Moreover, the player can be late for up to two hours only still he will get the charged attack.

Also Read: How To Fight Giovanni In Pokemon GO? What Is The Team Rocket Boss’s Line-Up?

What can we expect from Pokemon Go Bulbasaur Community Day?

The upcoming second Pokemon Go Community Day is going to provide a lot of interesting things to the followers of the game. The catch XP, which is one of the important and desirable things for a player, will be increased three times more than the current speed. Also, Incense and Lure Modules will be in action during the event, and it might last for more than three hours after the live event. So, players can have these also rewards. These aren’t all; there are more things to be revealed in the event, so the players must follow the game and the updates related to it. Well, you can also follow this website as it is every ready to cover all the latest kinds of stuff for Pokemon Go.