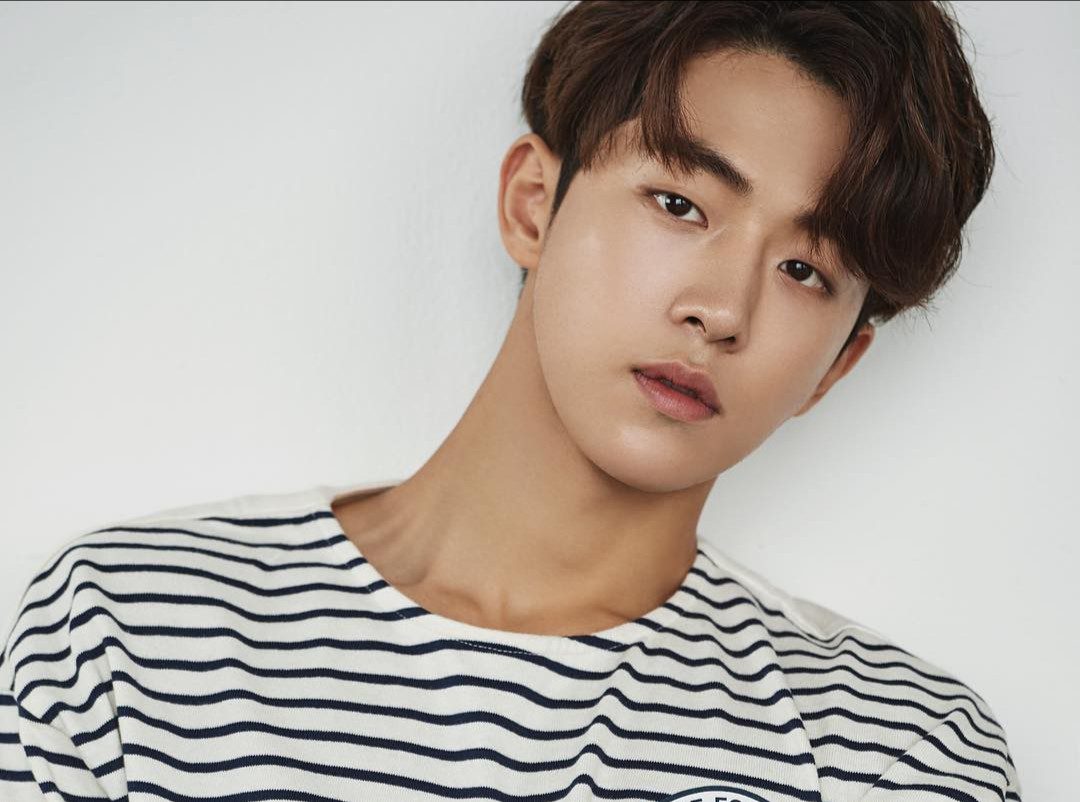 When is Nam Joo-Hyuk’s Birthday? You guys must be pretty aware of the Korean Drama ‘The Bride of Habaek’. Yes! I am talking about Nam Joo-Hyuk, the Water God from the drama. People went crazy after this drama was out. Because everybody was interested in his life. He stepped into the industry through modeling. Moreover, In 2013, Nam Joo-Hyuk worked as a model for the first time for SONGZIO Homme S/S Collection 2014.

The South Korean model and the actor even appeared in several music videos like ‘Give Love’ and ‘200%’ which were represented by YG Entertainment. Through this, he started his entertainment journey and grabbed his first acting opportunity as a supporting role in the TVN drama titled ‘The Idle Mermaid’. In 2019, Nam Joo-Hyuk celebrated his birthday in Hong Kong where he arranged a huge fan meeting with his fans for which they have been waiting for a very long time.

Furthermore, He talked about his career struggles and presented his talents in front of his fans. He was so overwhelmed by his fans, as their support made him emotional. Nam Joo-Hyuk shared his experiences of all the challenges that he had to go through while shooting his drama ‘Radiant’. Moreover, The night continued with him presenting them his favorite songs and talking about his future plans.

However, many fans got to interact with him personally through several games, and he even talked about his favorite English songs by Shawn Mendes. The best part about the fan meeting was the birthday celebration because he loved his cake so much. Moreover, He even snapped photos with his fans, making it a very memorable time for them. Nam Joo-Hyuk’s birthday party was the most awaited opportunity for the fans. So when is Nam Joo-Hyuk’s Birthday?

Also Read: When Is Yoo In-Na Birthday? Everything About The Actress

When is Nam Joo-Hyuk’s Birthday? All About His Journey To Fame.

Nam Joo-Hyuk celebrates his birthday on February 22. He was born in 1994 in Busan, South Korea. Nam Joo-Hyuk completed his elementary studies at Sangri Elementary School and went on with his middle school studies at Kyungham Middle School. Throughout middle school, his only dream was to become a Basketball player. Nam Joo-Hyuk played basketball for 3 years consecutively. But, it didn’t work out as he got into an injury for which he had to get immediate surgery.

Even though he didn’t become a basketball player, this still didn’t stop his love for the sport. In 2017, Nam Joo-Hyuk met with Stephen Curry, one of the NBA players at the Korean Variety Show Infinite Challenge. He even ended up winning a match with the NBA megastar. It was really fun to look at him being so happy because he idolizes Stephen Curry to the core. He’s one of his favorite players.

Just to try his luck, Nam Joo-Hyuk decided to get himself enrolled in a modeling competition titled ‘Top Model’, and surprisingly he ended up winning the competition. Moreover, this is where he started his modeling journey. Later, he signed with YG for his career and even started his training in a modeling academy. Nam Joo-Hyuk has walked around ten shows throughout his career at the Seoul Fashion Week. In 2014, he acted in his debut role in the drama ‘The Idle Mermaid’ Park Dae-Bak.

Nam Joo-Hyuk gathered all the attention through his role in the teen drama ‘Who Are You: School 2015’. He has played many supporting roles in dramas like ‘Cheese in the Trap’ and ‘Moon Lovers: Scarlet Heart Ryeo’ in 2016. Nam Joo-Hyuk got his breakthrough from his role in the drama ‘Weightlifting Fairy Kim Bok-Joo’. He got a massive fanbase and immense love from the fans, this lead to his biggest step towards fame and fortune. Moreover, This drama became very popular among the young generation. People loved his character a lot.

The fact that he had to put a lot of effort into this role portrays the swimmer’s character. So, he had to practice swimming when the water was a very cold plus, due to his shooting timeline, he often missed his meals which in turn made him lose around 5 kilos by the time the shooting ended. In an interview with Arirang TV, Nam Joo-Hyuk confessed to his ideal type. He would love to have a woman who’s the reason behind his strength. He cleared the fact that his ideal type should be like Kim Bok-Joo.

Moreover, Nam Joo Hyuk successfully bagged his role in the drama ‘The Bride of Habaek’. He received the Best New Actor Award at the Blue Dragon Awards for his critically acclaimed role in the historical drama ‘The Great Battle’. In 2020, Nam Joo-Hyuk also starred in Netflix’s crime drama ‘The School Nurse Files’ and the romantic series ‘Startup’. As of now, he’s all set to prepare for his upcoming drama ‘Here’ and the movie ‘Remember’.