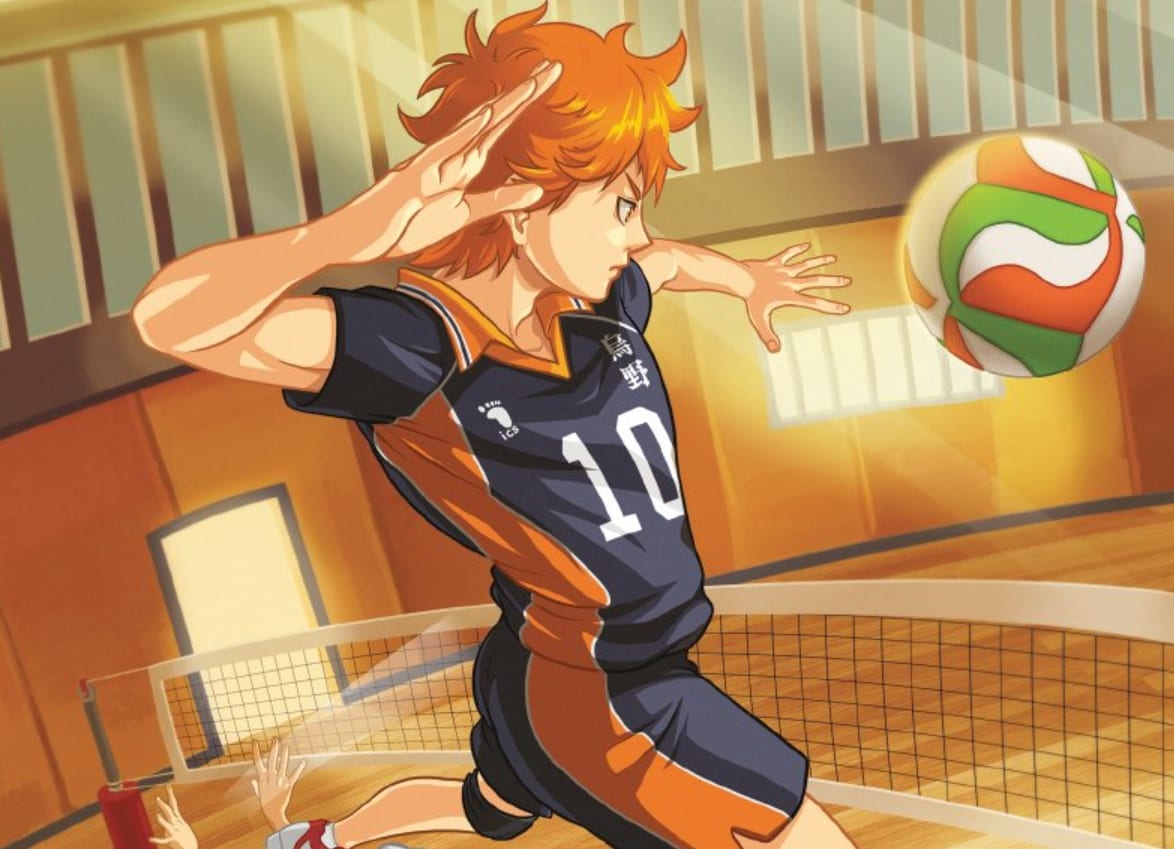 We will be talking about when is Hinata Shoyo’s Birthday? & his age during the different story arcs. Haikyuu is one of the most popular sports shounen anime based on the manga written by Haruichi Furudate. The manga concluded in July 2020 most grandly and satisfactorily. But the anime is currently ongoing after airing four seasons so far. The fifth season is rumored to be under production, but the confirmation is currently delayed due to the pandemic. Haikyu has a huge fan base for its uplifting sportsmanship and the constant drive to change for the better. Every character radiates positivity, bringing fans to love them wholeheartedly. Speaking of characters, Hinata Shoyo, being the protagonist, cannot be left out. Hinata Shoyo’s birthday just passed, and as loyal fans of the character, we feel the need to talk about him more. Furudate added courage, cuteness, and clumsiness together to create this fantastic character.

Hinata Shoyo is one of the sweetest characters we have come across. Ever since the beginning, he has held on to his dream and worked hard despite whatever obstacle he faced. At first glance, he does not grasp much attention, but he makes sure to leave his mark in everyone’s mind by the end of every match. I love how Furudate built him bits by bits. He grows more and more aware of the players. His exceptional growth as an observer is seen multiple times throughout the series. Be it when he observes Kunimi making long passes or observes top-tier players like Akashi and Onoga during Fukurodani’s match against Mujinazaka.

If he is your favorite character from Haikyu and you want to know more about him, here is all about Hinata Shoyo’s birthday and how old he was during the different times of his life.

When Is Hinata Shoyo’s Birthday?

The anime begins with Hinata Shoyo in middle school. He watches Little Giant on the television and decides to be someone like him. It only took us to watch his love for volleyball that we instantly knew that we would fall for this character pretty quickly, and we were not wrong. Hinata Shoyo’s birthday is on 21 June 1996. He was born to a pretty average family in the Miyagi Prefecture and had a younger sister named Hinata Natsu. We see his mother at times, but there has never been any mention of his father. He attended Yukigaoka Junior High as a middle schooler and then got admission into Karasuno High for his high school studies. 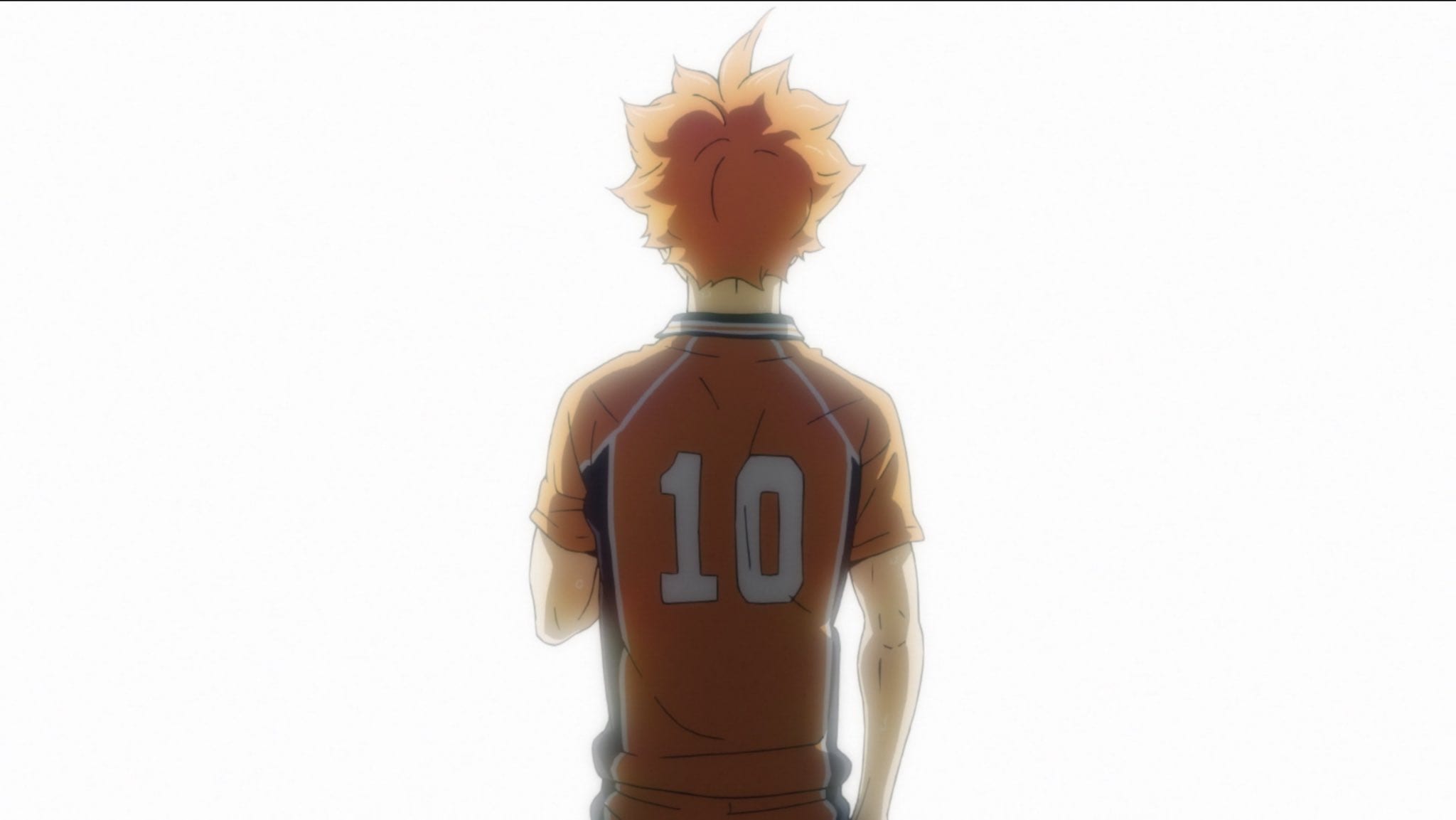 *Spoiler Alert: The following contains spoilers from the Haikyu manga. If you do not wish to read them, we recommend you stop scrolling!*

How Old Was Hinata Shoyo When Karasuno Qualified For Nationals?

Shoyo was determined to go to the nationals after he had entered Karasuno. The Karasuno teams participate in the Inter-High Volleyball tournament but face a loss against Aoba Johsai. But, they continue to move ahead and meet them again during the Spring Tournament. Following this, they also defeat Shiratorizawa, the team that had been going to nationals for years.

Hinata Shoya was still in his first year of high school at this time. Thus, he was approximately 15-16 years old when Karasuno was qualified for Nationals. But, the road was tough. Along with his teammates, Hinata meets many challenging opponents such as the Inarizaki team, the Nekoma team, and the Kamomedai team. Their win streak stops when Hinata falls sick during their match against Kamomedai.

The seniors graduate, and the following year, they get to battle against Itachiyama but are severely crushed by Kiyomi Sakusa and his team of elites. 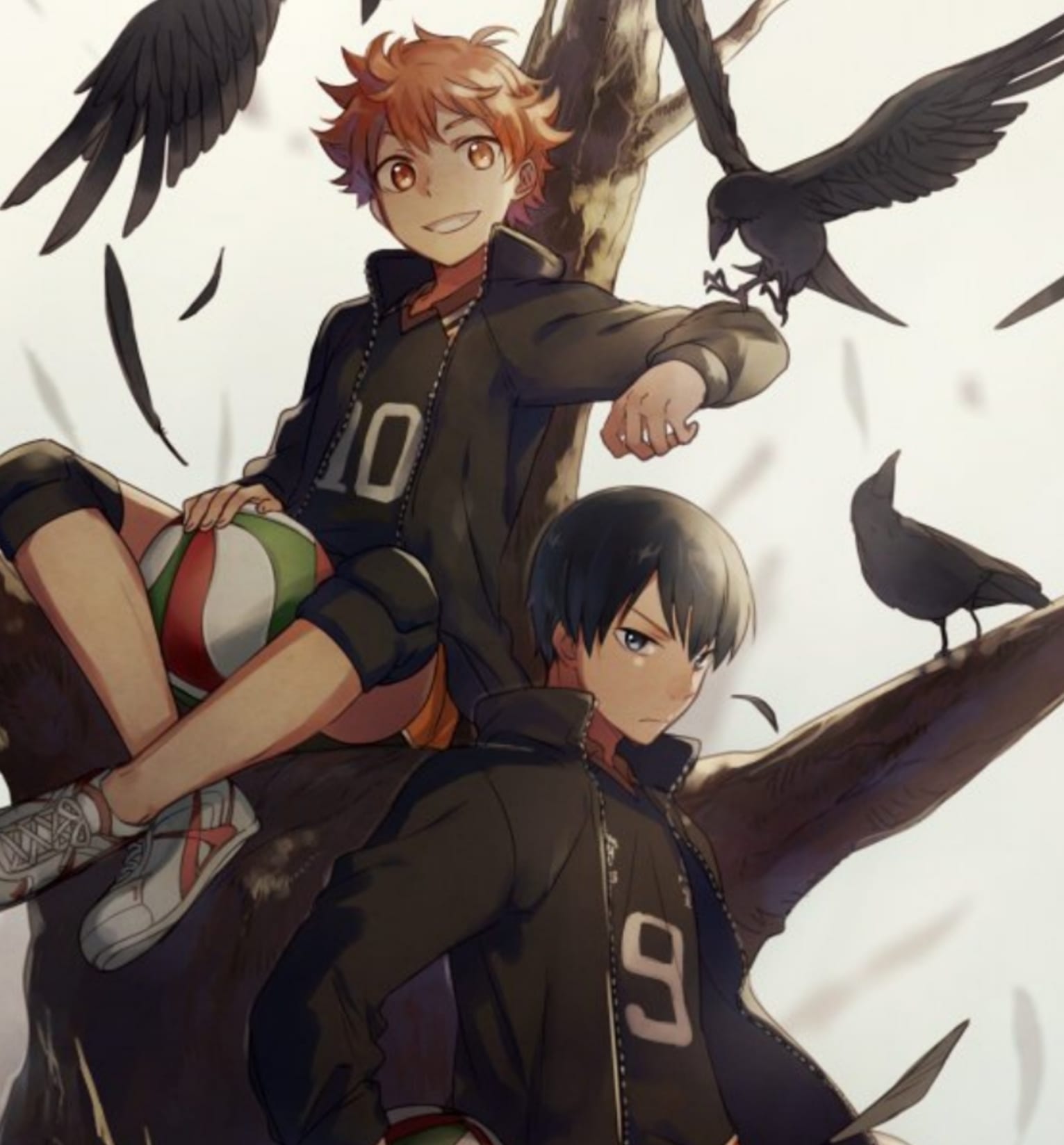 How old was Hinata Shoyo when he meets Oikawa in Rio?

After graduating high school, Hinata decides to train himself by practicing beach volleyball. For this, he moves to Rio a year later after Coach Washijo recommends it. The year is 2017, and Hinata is 19 to 20 years old when he meets Oikawa in Rio. On meeting, they post a picture of themselves online, which shocks everyone back in Japan. Gino and Gabriel, two locals, challenge them to match the condition that the loser shall buy the winning team drinks. Oikawa and Hinata lose the first set but gain victory by dominating the remaining two sets.

This part is highly precious to Aoba Johsai fans. When they were in high school, we see a tiny hint of excitement in Oikawa, where he wishes to toss to Hinata someday. I love how Furudate made sure that we saw Oikawa and Hinata pair up at least once. On the one hand is a setter who could bring out the best in anyone, contrary to Kageyama who forced his spikers to exceed their limits and adjust to his tosses. On the other hand is the short spiker who, at first glance, is ignored for his height but eventually attracts all focus towards him.

How Old Was Hinata Shoya When He Joined MSBY Black Jackals?

The time limit for Shoyo’s stay in Brazil was two years. After two years, he comes back to Japan after attending Pedro’s wedding. Before he returns, he announces that he is going to the team since they probably don’t know him. By 2018, he moves back to Japan and joins the MSBY Black Jackal team alongside Bokuto, Atsumu, and Sakusa. His main motive ever since his first official match has been to defeat Kageyama Tobio, the prodigy. It seems like he purposely chooses Black Jackals to go against Schweden Adlers, Kageyama’s team. 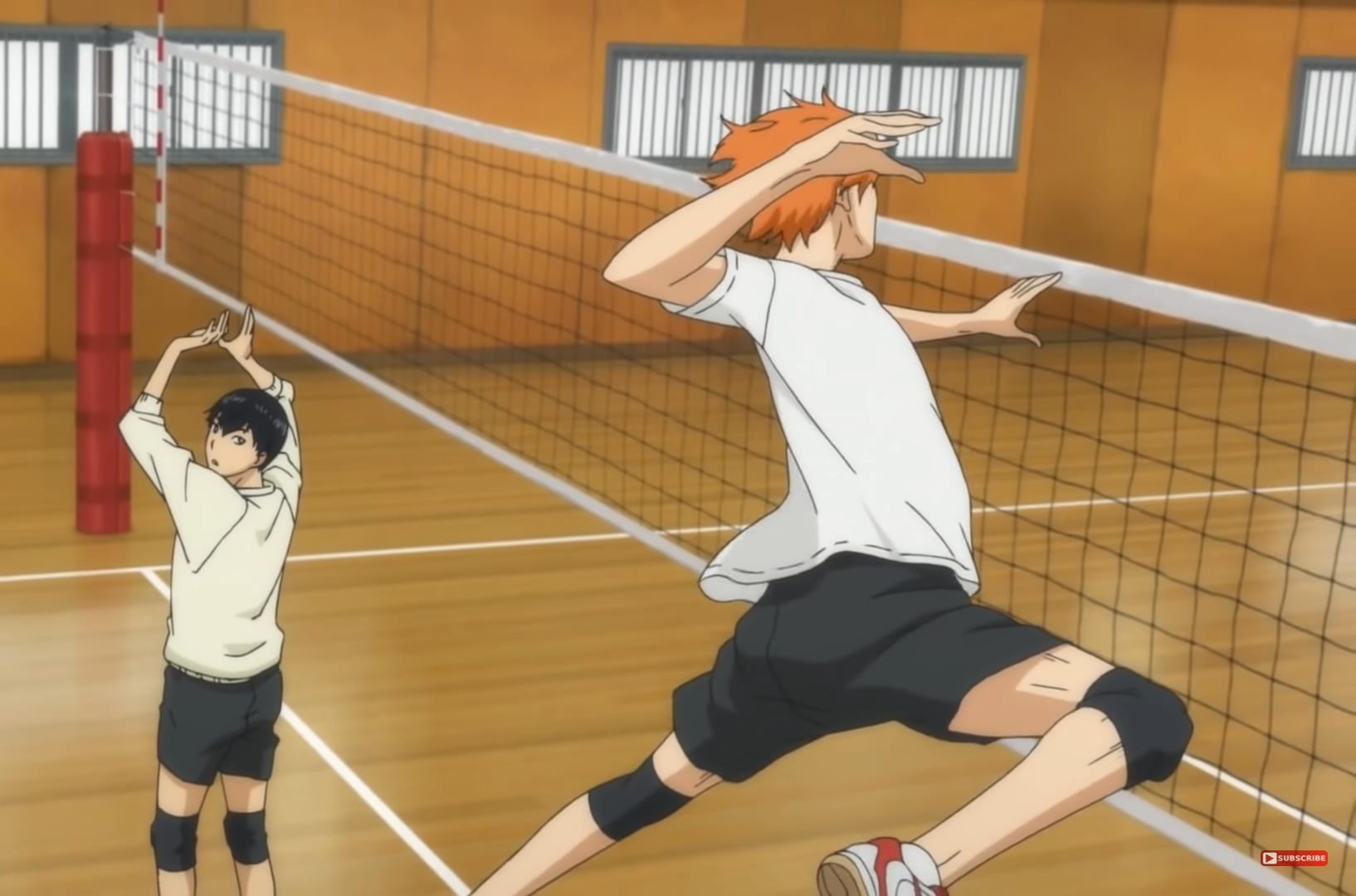 The first quick of Hinata and Kageyama.

At this time, he is approximately 21 to 22 years old. Hinata Shoyo’s birthday falls in June. So, without taking the month into account causes slight irregularities in counting his age at times. However, he will not be any more or less than the given ranges.

After joining MSBK, the remarkable match between Hinata Shoyo and Kageyama takes place. At this time, Hinata is 22 years old. The game ends MSBY’s victory. It can be called one of the most awaited matches in the entire series. Hinata’s progress by this time is downright jaw-dropping. He does multiple things consciously and subconsciously that are enough to lead those who have followed his arc from the start to tears. Two things absolutely blew my mind during this match. The first was Hinata’s toss which seemed to come as a big surprise. It was not precisely as flawless as Atsumu’s or Kageyama’s but the very fact that Hinata attempts it left me awestruck.

Hinata was designated with the position of a ‘decoy’ in Karasuno. But, he was never pleased by it. However, in this match, we see him act as a decoy for himself on several grounds, and this was the second most amazing thing in this match.

In the Olympics of 2021, Hinata Shoyo and Kageyama Tobio represent Japan together. They stand against Oikawa, who represents Argentina. The match is not elaborated, but it holds significance to the battle of inborn talent vs. the polished skills between Kageyama and Oikawa. Hinata is 24 to 25 years old at this time.

What Team Does Hinata Shoyo Belong To Now?

Sometime after the Schweden Adler vs. MSBY Black Jackals match, both Kageyama and Hinata left their teams. A year after the Olympics, they once again stand on the other side of the net, challenging each other. Hinata now belongs to the Asas São Paulo team, and Kageyama belongs to Ali Roma.

In the end, I loved how Furudate decided to give Hinata an entirely new name, ‘Ninja Shoyo’, instead of letting him inherit Tenma Udai’s title ‘Little Giant.’ Hinata Shoyo is a bright character that continues to motivate people from his two-dimensional world endlessly. Many fans came up with appreciation posts on Hinata Shoyo’s birthday, thanking Furudate for giving us such a blissful character.

If you feel like re-reading the manga, you can always read it on Viz Media or Shueisha’s Manga Plus app. All seasons of the anime are also streaming on Netflix. 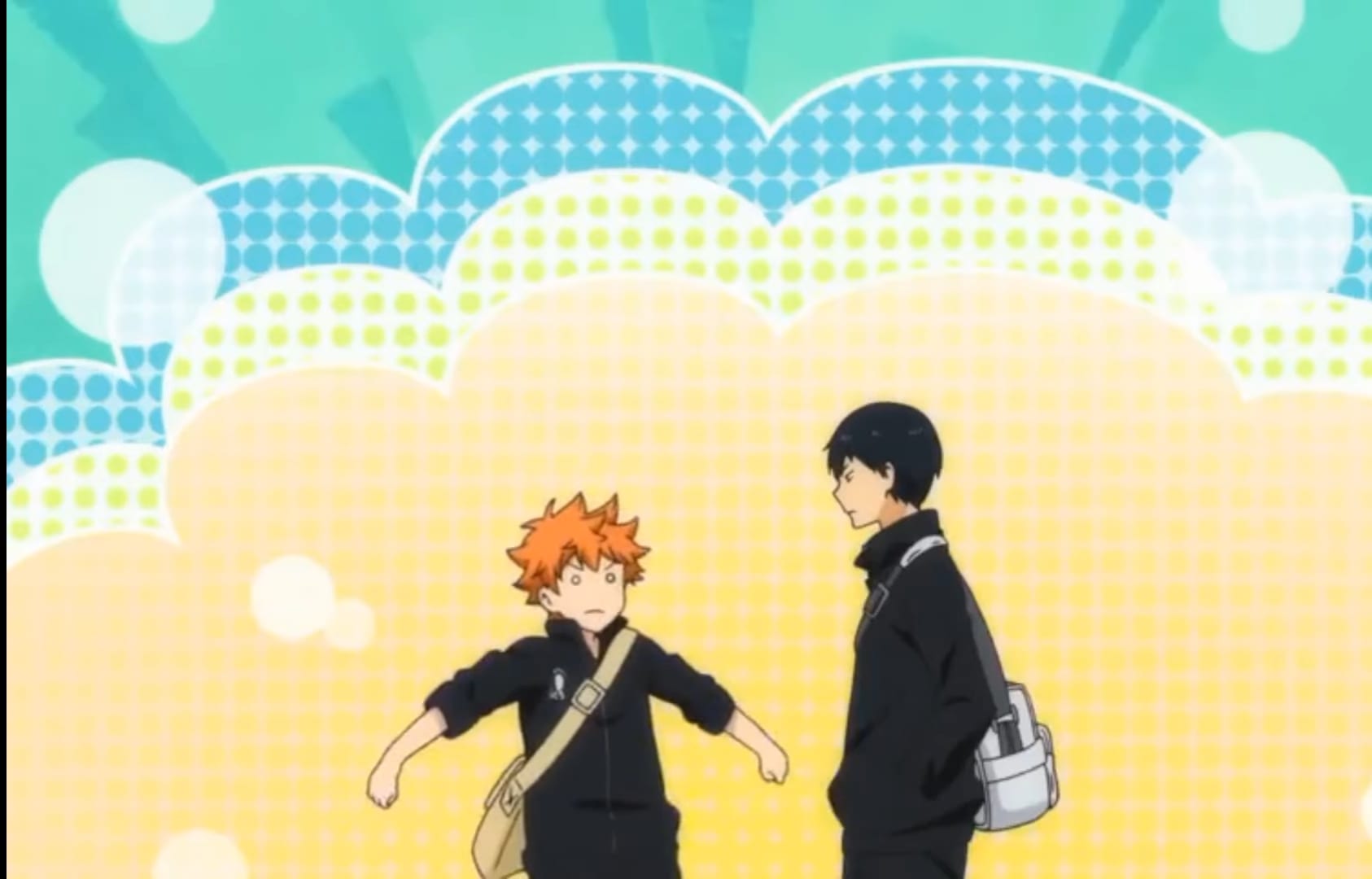 Hinata being cute with Kageyama.

Also Read: Tokyo Revengers Season 2: Everything You Need To Know