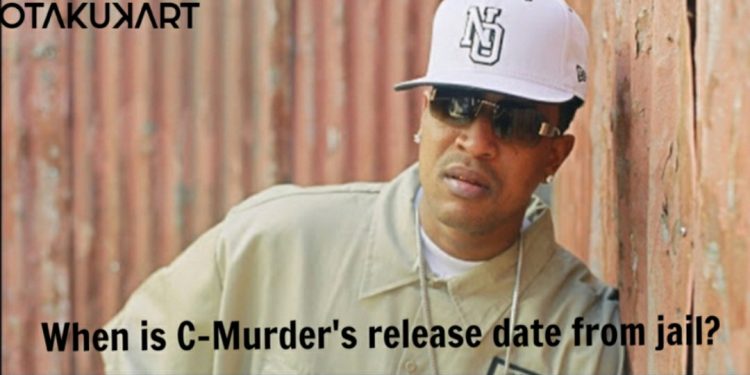 It’s been a long time since C-Murder has been sentenced to jail. His fans wonder When is C-Murder’s release date from jail? Well, despite being his work fan, many of you still don’t know the reason for such imprisonment. Who has been fighting for his release? Starting this article with the basic introduction, Corey Miller, who is popular with his stage name C-Murder is an American rapper, singer. He hasn’t just limited himself to singing and rapping but also made a few appearances in films. One of which is Three Can Play That Game in 2007. Some of his popular song and album credits go to All I Wanted 2 Be Was a Soldier, The Truest Shit I Ever Said, Ain’t No Heaven in the Pen, Hard 2 Be Black, and many more.

Despite being so popular in the American entertainment industry, C-Murder has been accused of some criminal cases. There have been various speculations for the case and received mixed answers (both positive and negative) from the witnesses. Now, the question arises When is C-Murder’s date of release from the jail? For more details related to the case, I highly recommend you to read this article till the end.

Also read: Is Oscar Pistorius Still In Jail? What Did He Do & Prison Release Date

When is C-Murder’s release date from jail? Reason for such imprisonment

C-Murder has been sentenced to imprisonment in 2009 because of his acquisition for two reasons. The first and foremost reason is he is liable for murdering a sixteen-year-old guy, Steven Thomas. This guy was shot and killed in a club situated in Louisiana, and the incident took place in 2002. The other reason is for causing a disturbance at a club but a different one.

Where is C-Murder now and the release date?

At present, the American rapper, due to the alleged charges is in prison at the Elayn Hunt Correctional Center. It is located in St. Gabriel in Louisiana. It was on 19 January 2002 when he was arrested.

C-Murder has been jailed for his lifetime period unless he is proving that he is not liable for the charges claimed. In short, to get out of the allegations and prison, he needs to prove his innocence and confirm he is not related to the case. Thus, C-Murder’s release date from the jail hasn’t been revealed yet and left undecided.

Little did you know, the reality television star Kim Kardashian is fighting for him. She has studied law and practiced enough to make it her profession. She has agreed to advocate for his release as there is no forensic proof that proves the rapper to be liable for the crime. For this, Kim Kardashian has been working with Monica and REFORM Alliance. The former one is someone whom C-Murder has dated during the time he was alleged. While the latter is an organization that targets to reduce the number of people getting controlled by the criminal justice system unjustly. It seems like Kim Kardashian is very much focused and is working with several other lawyers looking forward to his release from jail.

Many people initially claimed to see the alleged rapper, C-Murder to pull the trigger and shoot Steven Thomas. After several speculations, a couple of witnesses agreed that they were tricked to name him as the killer. It was in 2018 when one person, Kenneth Jordan, claimed that the one whom he saw shooting the gun wasn’t C-Murder.

What is C-Murder famous for?

We all know how rappers play a vital role in the American music industry. Similarly, Corey Miller, who is professionally known as C-Murder, has gained quite a fame for his amazing rap work. Born on 9 March 1971 in New Orleans, Louisana, United States, he excels in his rap on the hip-hop genre. Currently, the rapper is 50 years old.

We are hoping the rapper get his justice real soon. Good luck with that and as well for his work!

Also read: Is Paul Manafort Still in Jail & What is His Relation With Donald Trump?

Kushner’s Divorce: Has The Entrepreneur Separated His Ways?