When Does Luffy become the King of Pirates? 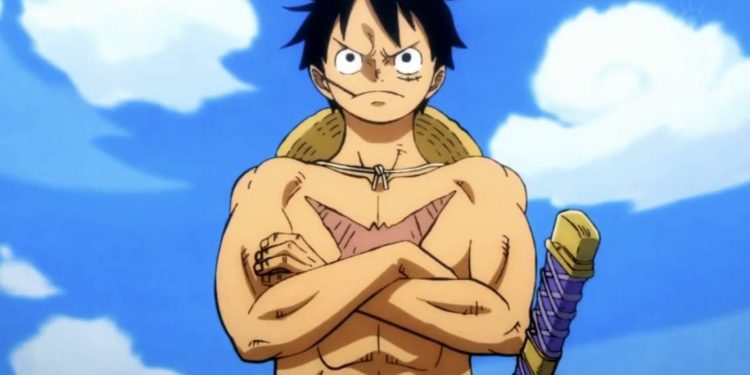 One Piece is one of the most popular anime series, having just reached 1000 episodes. All One Piece fans know that Luffy has always aspired to be the King of Pirates, and you may be wondering when that will happen, and we’ve got you covered in this post. A pirate is a professional criminal who works wholly or partially on the high seas, usually committing crimes by ship. They are members of or head a crew of criminals who have similar interests in the great majority of cases if not all. Pirates appear to make up the bulk of the world’s huge bounty chiefs, and they constitute the largest opposition to the World Government and Marines’ control, with the possible exception of the Revolutionary Army. In One Piece, the death of the Pirate King, Gol D. Roger, who was responsible for the start of the Great Age of Pirates, led in the rise of a vast number of pirates.

Monkey D. Luffy, often known as “Straw Hat Luffy” or “Straw Hat,” is the main character of the One Piece manga and anime series. He is the founder and captain of the Straw Hat Pirates, as well as one of their most dangerous adversaries. His life goal is to find the legendary fortune left by the late Gol D. Roger and become the Pirate King. He feels that becoming the Pirate King entitles him to the greatest amount of freedom on the planet. Luffy was born in Foosha Village and turned into rubber after mistakenly eating the Gomu Gomu no Mi when he was seven years old. He ran across “Red-Haired” Shanks, who gave Luffy the Straw Hat that has become his signature item in exchange for a promise to meet him again sometime. Monkey D, the revolutionary leader, is Luffy’s father.

Also read: How Many Chapters Does One Piece Have? Synopsis & Where To Read

When does Luffy become the king of Pirates?

Monkey D. Luffy, the Straw Hat Pirates’ leader, is everyone’s favorite character in the One Piece manga. Luffy wants to reach the final island, Laugh Tale, and claim the title of Pirate King. As strange as it may seem, Luffy is currently the man closest to the One Piece. Luffy already possesses two of the four Road Poneglyphs, and after fighting Kaido, he’ll get the third one shortly. The location of the last Road Poneglyph is unknown, but after the Wano War is done, we’re confident it will be disclosed. Luffy will undoubtedly become the Pirate King in the end.

Oda previously stated that he was 70% finished with One Piece at chapter 830. In One Piece, a major arc normally has approximately 100 chapters, and 830 divided by 70% is around 1200. After the almost-completed WCI arc, assuming we have three more major arcs to go until the conclusion. We know the next one will almost certainly be Kaido, so that leaves two unexplored arcs. Oda now takes a week off once a month, so assuming there are roughly 300 chapters remaining, Luffy will most likely be crowned Pirate King in 2025. Luffy will eventually triumph, and he will become the pirate king, fulfilling the wishes of the former pirate king.

Who was the king of pirates?

As commander of the Roger Pirates, Gold Roger, or Gol D. Roger, was a well-known pirate who held the title of Pirate King and was in charge of the legendary treasure known as One Piece. He was also Portgas D. Ace’s biological father and Portgas D. Rouge’s lover. Roger was a huge, muscular man with a lot of muscle. His most noticeable physical characteristics were his curved black mustache, a fierce smile that he almost always wore, and his piercing eyes. He, like many other high-ranking pirates, wore a long red captain’s coat.

Roger was regarded as the guy who conquered the Grand Line and amassed a great fortune by doing the seemingly impossible. Roger then disbanded his group before surrendering to be killed, despite the fact that he was dying with an incurable disease. The World Government intended to execute Roger publicly in order to curb piracy, but his dying words had the opposite effect. He proclaimed that whoever discovers his fortune is entitled to it. As a result, Roger was the only architect of the start of the Golden Age of Piracy.

My Senpai is Annoying Season Finale: Is Season 1 Ending?