When Did Abba Break Up? The Pop-Sensation Are Back 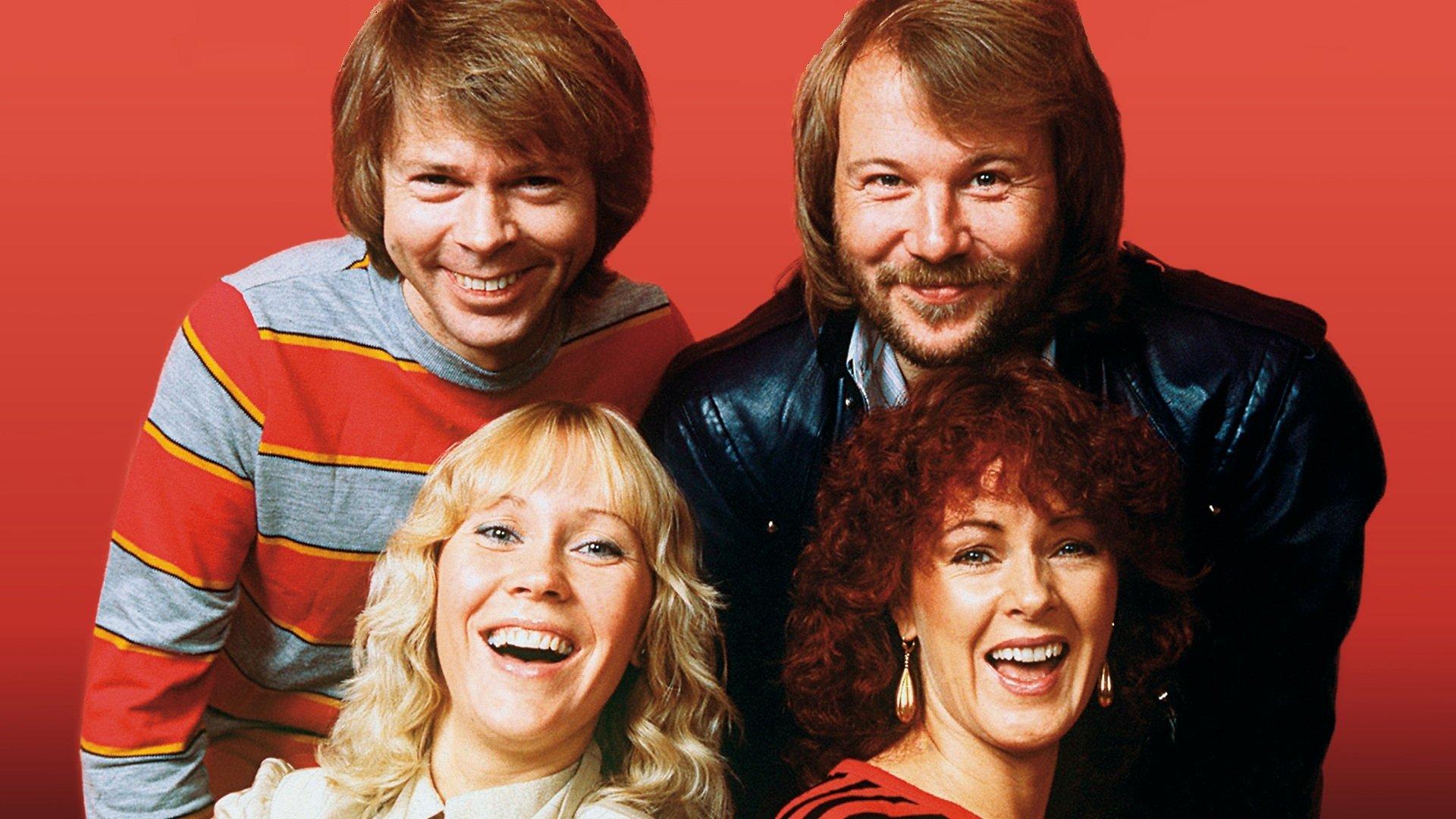 Abba is a noteworthy pop group who dominated the charts since its debut. The group had a significant impact on the music industry. And they were considered as one of the best-selling music artists of all time. The group made a reunion after several years of hiatus and confirms their new music in 2021. Alongside the new music announcement, a curiosity crept in the audience to know when did Abba breakup. In this article, we will get to know when did Abba breakup, the possible reasons behind it, and its members. The legendary pop group were formed of four members, Agnetha Fältskog, Björn Ulvaeus, Benny Andersson, and Anni-Frid Lyngstad. Prior to the group’s disbandment, it consisted of two couples, Agnetha and Björn, Benny and Anni-Frid, and they were married during the active years. The name of the group is an acronym formed from the initials of their name.

Marking their debut in 1972, with Björn and Benny being the primary founders, initiated their journey towards success. Agnetha and Anni-Frid were in charge of lead and backing vocals, Björn and Benny of instruments, backing, lead vocals. They soon became well-known for their disco hits, and their songs topped global charts. Their worldwide chart sales were estimated to be near 150 million and 385 million, which also pretty much throws light on their large and strong fan base. Abba was also known for its deep and meaningful lyrics, which were mostly written by Björn and Benny. Though the Swedish band was inactive for more than three decades, their songs still had an undeniable impact and were featured on multiple occasions.

There is a lot more to know about when did Abba breakup, what made their breakup, and their achievements in the past years and currently.

When Did Abba Breakup? What Caused The Breakup?

Abba left an impression on their listeners every time they sang, however, one of the vital reasons behind it might be the bond between the bandmates. There were two couples, and several times the song they wrote and sang depicted their personal life, and they could feel the lyrics. Slowly, their personal and public life got interconnected, which had a sorrowful ending for the group.

Though the band never released any official statement of the band disbandment, and it was considered as an indefinite break, but their fans. Abba delivered a public performance in 1982 and was not seen together for a long time. It made the fans question their then-current status, and it became a crucial talk of the time. Björn and Benny appeared in interviews after the public performance, and they were frequently asked about their band. The duo denied the flying breakup rumors.

They dodged the question by saying Abba would come together for a new album. In 1983, the rumors of a possible conflict between the group and their manager broke off. And it got followed by the news of selling their shares in Polar Music in the same year. This left their massive fan base befuddled, and they found it hard to figure out. The quartet was spotted next in 1986 for a television performance. After the performance, they were not spotted together for a long time, and the couples got divorced too. Björn and Agnetha divorced in 1980, and they had two children. Lyngstad and Benny separated in 1980 and divorced in 1981. Their personal life affected their group too, and it can be considered that Abba broke up soon after their divorce news, which is 1982.

Later in an interview, Ulvaeus addressed the speculations about their group activity. He remarked, “We will never appear on stage again. There is simply no motivation to re-group. Money is not a factor, and we would like people to remember us as we were.”

What Happened To The Bandmates After Abba Broke Up?

Ulvaeus and Andersson continued with their music, and they worked together and produced many commercially successful songs. The songs were “One Night in Bangkok” and “I Know Him So Well”, and was received well by the audience. They also had a significant contribution towards the musical production of Mamma Mia!, and the film version of the musical in July 2008. In 2009, Benny Andersson Band released their first international album, and the duo was actively involved in the songwriting. They kept up their writing in the future too.

Agnetha pursues her solo career, and she also opened up about her mental issues. Following the split of Bjorn and Agnetha, Bjorn moved on within a week with a new girl, which resulted in her counseling. She was shy in nature, not fluent in English then, and was worried about her children, all of which led her to struggle a lot. She was also scared of flying and reportedly has stage fright, fear of crowds, and open spaces.

Agnetha released a solo album named Wrap Your Arms Around Me, in 1983 which became a massive hit and received platinum sales in Sweden. Her other songs from the album “The Heat Is On”, “Can’t Shake Loose” and the title track topped charts on the global platform. The album also sold in a large amount worldwide which is 1.2 million copies. She, along with her son Christiana released a Swedish-language album, Kom följ med I vår karusell, and was well-appreciated. She continued with her journey, and undoubtedly it can be referred to as a successful solo career.

Anni-Frid Lyngstad also chose to be a solo artist and released her album Something’s Going On in 1982. The track “I Know There’s Something Going On” received huge attention and topped charts. The track secured its position in Billboard Hot 100 for nearly four months, was a Top 10 hit in multiple countries. Her second international solo album, Shine was released in 1984, and it was a commercial success too. Anni-Frid is also considered the richest and most popular among the Abba members.

Abba served its audience with Swedish music and is identified as one of the most influential pop groups. The band was Sweden’s first winner of the Eurovision Song Contest, and their music was inspired by European disco hooks. The band of four had created their own legacy with their upbeats, classic tune, lyrics, and melodious vocals. Their popular songs include “Dancing Queen”, “Take a Chance on Me”, “Gimme!”, “Knowing Me Knowing You”, “Mamma Mia” and many more.

Abba is referred to as the best-selling Swedish band of all time and also one of the best-selling bands originating in continental Europe. The band got inducted into the Rock and Roll Hall of Fame in 2010, and their song “Dancing Queen” was featured in the Recording Academy’s Grammy Hall of Fame. Their band dominated eight consecutive number-one albums in the UK charts and gained significant popularity in Latin America.

Their song “Waterloo” was chosen as the best song in the competition’s history in the Eurovision Song Contest’s 50th-anniversary celebration. With 11.2 million singles sales, United Kingdom ranked ABBA in eighth place for being the best-selling singles artist. They also received the title of being the first group from a non-English-speaking country to achieve success in the charts of English-speaking countries.

The Announcement Of The Comeback Of One Of The Biggest Bands

The bandmates appeared at the Swedish premiere of Mamma Mia! Movie on 2008 and 2016. The fans wondered for a long time when did Abba breakup as there was no official announcement. They also expected the divorce would not bring any changes to the band, however, the desire shattered after they went on a hiatus. Reportedly, Agnetha was most affected by the group’s disbandment, and she led a reclusive life. So, the hopes of them coming back together was very low. Taking everyone by surprise, Agnetha hinted at the possibility of a reunion in 2011, and in 2013 she revealed, “If they ask me, I’ll say yes”, and was due in bringing up the idea forth her members.

In October 2016, through an official statement, it was stated that the group would be reuniting to work on a new ‘digital entertainment experience. In 2018, they reunited and announced the release of five new ABBA songs in 2020. Unfortunately, due to Covid-19, the release got delayed, and reportedly the avatar tour will be scheduled for 2022.

The bandmates are currently Anni-Frid, 75 years, Agnetha, 71 years, Björn, 76 years, Benny, 74 years. Though the 70s pop icons were on hiatus for 35 years, their songs secured a place in people’s hearts and charts. The public cannot wait for their songs and feel nostalgic about their favorite idols.