Does the Black Summer saga continues its blood wrenching gore fest in 2022? 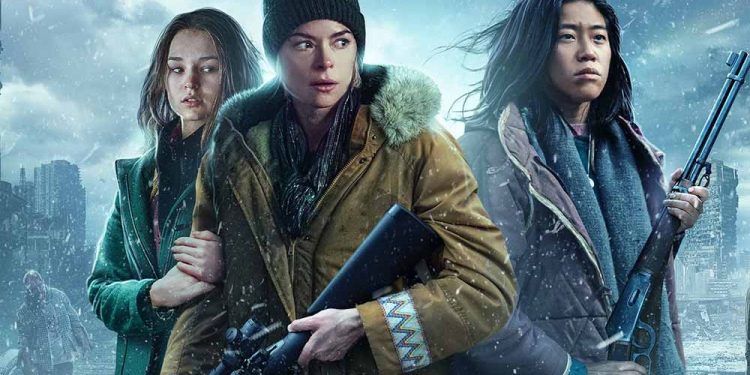 The year 2022 is going to be very special when it comes to content release. Netflix and other OTT platforms are going to bring in a huge number of shows and movies to cater to the audiences. Whereas, the recurring shows will get their renewal for new seasons. Some of the long-running shows will end, and some smash-hits will come back with a bang. One such show is Black Summer. In the world of The Walking Dead, The Fear of the Walking Dead, Z Nation, and the other “n” number of “zombie apocalypse” content, Black Summer has managed to create a fascinating fan base over the past two seasons as we look forward to Season 3.

Nowadays, the OTT platform is a race of relentless storm of content. The quantity is served with quality everywhere, be it regional or worldwide. Whereas, when we talk about shows like Black Summer, it is certain that the genre of the show is well acknowledged by fans worldwide.

Black Summer had a relentless run, too, with the fans, but when it comes to renewal. It did take time to get the renewal done the first time too. But that did not stop Black Summer from attracting more fans as the days passed by. Even by the second, there is an increasing amount of eyeballs which is hooked to this apocalyptic exciting TV Show. Netflix statistics had confirmed that initially, when the show was released, it never did that well, but soon after, the word of mouth game became stronger for the show, it grasped the attention of fans.

Black Summer is a thrilling extravaganza involving an apocalyptic pandemic that includes zombie encounters. The show is spearheaded by Karl Schaefer. The show has aired 16 episodes, which is two seasons till now. Black Summer is full of emotions, thrill, and high octane action. A zombie-infested world is well showcased with the touch of humane sub-plots is what makes the show a must-watch. The show started in the middle of a zombie apocalypse and straight away took the audience into the action. Black Summer has been on such show, which spontaneously drives into the crux of the situation from the word go. It becomes easier for the audience to form the relevant questions for the proceeding further in a show.

Black Summer season 2 took its time to get its renewal done and the Z Nation prequel was anticipated by the fans straight after its first season. Suddenly, the show was hit with renewals for seasons 3 and 4 simultaneously. Now, of course, the real-life pandemic did not help the cause for the production to get going at a fair pace. Hence, huge announcements are yet to be made. The first two seasons took two years to be served to the audience.

Uncertainty has its price, but Black Summer fans are patient. It is well expected that the show will return in Summer 2023. Since the makers of Z Nation and Netflix are both working on an early release (Feb 2023) for the fans, the excitement has doubled up ever since the cast of the show has bits and pieces to offer to the fans through social media. The star cast is building the hype on a daily basis and is simultaneously hopeful about a successful run again.

Success indeed is measured really well on Netflix. The show eventually was riding high on the viewership charts. In the United States, the show featured in the top 10s for 12 days, whereas in the UK, it stayed in the top 10s for 14 days. The show has a lot of potential, and that has been acknowledged by Netflix. The platform is providing the show the support it needs, and the worldwide appreciation for the show says it all.

This tentative Z Nation prequel is full of talented artists in it. The cast list is diverse and has quality with quantity. Fans have appreciated every member of the cast and have built a beautiful base over the last two seasons. The third season is surely going to be no less than the previous ones.

There will certainly be many new characters introduced in the upcoming season. But from what can be confirmed is some of the recurring actors will be there for the new edition too, such as Tom Carey as Bronk, Bobby Naderi as Ray Nazeri, Jaime King as Rose, Justin Chu Cary as Julius James, Dakota Daulby as Sonny, G. Michael Gray as Freddy, Travis Friesen as Mark, Kumiko Konishi as Rhonda, Chantelle Han stars as Jase and many more are set to reprise their respective roles for a longer tenure.

By the end of the second season, we saw numerous cliffhangers. Sub-plots patiently awaited for deep exploration. Last season saw a certain closure to a beloved character called Lance, who was thought to be written off after the first season, but the second season finale revealed a closure to his character. Also, after the big confrontation at the airstrip, Rose was heavily injured and decided to stay behind.

There it was certain that her character would not see the sunrise anymore, but soon we find out that Anna comes back to save an injured Rose. So, with the plane taking off, Kyungsun was the only person who took off with the pilot. Hence, the audience was in a dilemma along with Kyungsun about the place they were actually going to, especially when we saw the plane land for a refuel at a stranded airport.

The future of Ray is hanging on a balance. Ray had a confrontation with Rose and was heavily injured. He took a massive beatdown from the others during the last sequence, and the show promised a hint of changes. So if his attitude changes and adds up to the bright side, then he shall transform into a great character in the future seasons/seasons.

Lastly, the ski lodge looks like the last resort for the survivors. The lodge has a proper number of beds, food, and other supplies for the remaining survivors. The lodge could become the fortress and the wall between the community and flesh-eating zombies. Hence, the show ended its previous season on an interesting note where the show could do wonders if written well. It has been observed that Jaime King might dawn the writer’s cape for the upcoming season. And she is as excited as the fans are to see what wonders she can do for the fans.

What To Expect In Black Summer Season 3?

Black Summer Season 3 will take an intense turn to its course because it’s the credible leftover communities that are going to have a go at each other and cause some unrest. The density of action, tension, and thrill is going to go up a notch, as is promised by the makers. The set-up is going to change from a city to a wilder environment. The core characters of the show had a fallout, and they are all scattered through. Each of those characters will be further developed, and the exploration will go further than what was observed in the earlier editions. The makers have also hinted at some characters getting along to the due end of their arc, which got the fans eager ever since the announcement of the new edition was made.

Some of the characters like Rose, Ana, Spears, and Kyungsun are bound to get some more time while they are scattered through the whole set-up. The dynamics between the characters are going to take a toll on the plotline in the future. Fans are thrilled to know the changes because the monotonous effect on such shows was always observed by the audience base. But Black Summer is certainly going to make a move to break all stereotypes and breakthrough with the uncalled-for changes required to build a class apart story for the coming seasons.

The storyline from Season 3 onwards is going to be very interesting as promised by the makers, and the show is good at improving with every season. In today’s world of OTT and big-budget cinema, “fan servicing” is a major concern to content makers. Shows and movie franchises maintain a certain level of fan’s happiness quotient. Hence, the improvement of Black Summer through the seasons is inevitable as well as expected.