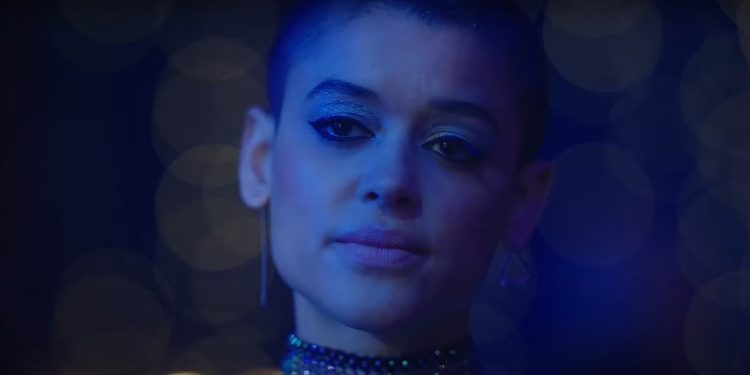 The season finale of the series reboot came to a conclusion after a prolonged hiatus. Consequently, Gossip Girl Season 1 Episode 12 will bring many jaw-droppers to the audience, most protagonists developed in a rather fast form in the first chapters. Julien becomes a major player because of the several layers that make up her personality. But then again, everybody has skeletons in their closets in this program as we will see.

One of the best things that this reboot portrays is that it shows influencers as people having a perfect life. But the problem is that they have a lot of things going in behind closed doors. When they’re not on IG, when the live stream is over, and when the spotlight isn’t on them, it’s when the troubles start popping up. Now without further ado, let’s begin covering this topic here at Otakukart.

Gossip Girl Season 1 Episode was released on December 2, 2021, on HBO Max. Firstly, the episode was titled “Gossip Gone, Girl”, the chapter was directed by Darren Grant, a music and video director with a dilated trajectory since the mid-1990s. Secondly, the episode’s script was penned by Kelli Breslin.

Where to Watch Gossip Girl?

Go to HBO Max to view the remaining three episodes of ‘Gossip Girl’ season 1. The episodes will be accessible to service customers beginning on the date and hour specified above. Episodes 10-12 may also be seen on Hulu, Amazon Prime, DirecTV, Spectrum, and Xfinity if you have an HBO Max subscription via one of these platforms.

Will Julien ever figure it out? Gossip Girl (2021) Season 1 Episode 12 finished with one of the most bizarre endings you could imagine, and it’s difficult not to feel like a forced effort to recreate the wheel when the series resumes. The characters all developed quickly after the first few episodes. But Julien was one of the greatest since she was so multi-layered. Influencers are often represented by the media as individuals who don’t have anything going on behind the scenes, but Jordan Alexandar added such depth to Julien throughout Gossip Girl (2021).

Working actively to ruin Grace was a watershed moment for Julien, demonstrating that she would use them to her advantage if given the resources. Even if it meant destroying someone else’s life. Threatening to bring down Gossip Girl was something the characters on the original show often did, but here, everyone appeared to enjoy having their dirty linen exposed.

Perhaps the general assumption among these teenagers is that you’re not a person unless you’re spoken about, even if it’s something terrible. The images of the kids fighting as a result of what they saw on Gossip Girl gave Kate the satisfaction that these youngsters were about to face a reckoning. They were some dramatic passages that demonstrated the account’s full force. But Kate’s redemption arc has been thrown out the window, and we should have seen it coming. Kate has always had doors shut in her face.

In this situation, the affluent are the gatekeepers, and Amanda Warren’s depiction of Camille de Haan as she gave Kate this verbal thrashing demonstrated why Kate felt Gossip Girl was a good concept in the first place. Warren is one of Dickinson’s bright spots. And watching her receive much meatier material to deal with on Gossip Girl is fantastic.

With the verbal brawl between Kate and Nick after the hour. I expected him to confess that he knew she was Gossip Girl or some other ridiculous surprise. It would have been the ideal method to bring Kate down. But instead, she is being dragged into the second season kicking and screaming. Julien following Obie about like a lost dog was humiliating, He’s the worst, and the program would be a lot better if he didn’t exist.

The program is finally beginning to highlight the depravity of these privileged kids’ lives, and it couldn’t come at a better time. Aki’s family’s “weekend home” was breathtaking, And it was the ideal location for those who needed to get away from the Upper East Side for a while. There are so many areas where the program should take us to illustrate how these beautiful youngsters celebrate. She didn’t have much personality, but the females plotting to bring her down were awful.

Luna and Monet have only been used as scheming minions throughout the show. But it looks like we’ll finally get a look into their lives outside of Julien’s. Monet’s mother appears to be a formidable foe already. Camille may be in the media, but she also wields power over it, like Aki’s family. Monet also grew bored with Julien’s methods and was much more interested in wreaking havoc.

Luna was swept off her feet the minute she reconnected with Rob, so maybe this is the beginning of a simple plot for her. The chase of Max by Aki and Audrey was somewhat awkward. Because of their activities, it’s easy to forget these individuals aren’t grownups at times, but Aki and Audrey suggesting they’d share Max seemed strange.

Max has no idea what it’s like to be in a loving relationship, and he may never know. So how are we to know where this is going? Audrey and Aki’s commitment to make Max an equal and to part up if it fails is a significant risk. But maybe they thought it would be worth it if they got Max back. I hope there isn’t any drama for this three, but I feel envy may pop out sooner or later.

Also Read: The Ending of ‘Bad Boys For Life’ Explained

Possible Plotlines of the Upcoming Season and Where to Watch Gomorrah Season 5 Episode 7?