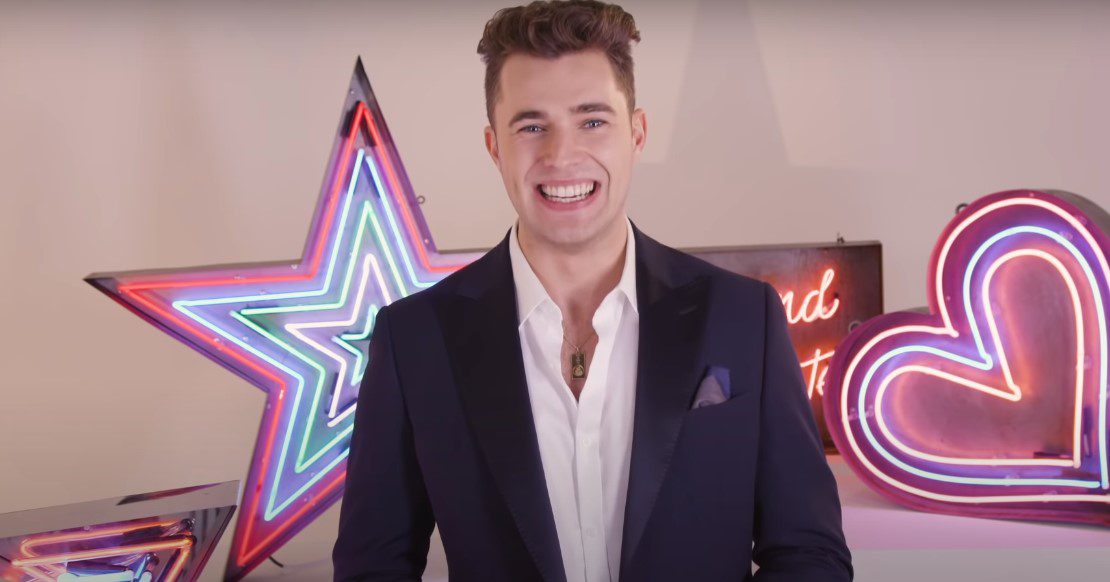 British reality dating show Celebs Go Dating Season 9 is back with a newish format. Firstly, the show was dramatically changed last year to comply with the lockdown measures in a mansion. Hey, they even changed the name of the show to “Celebs Go Dating: The Mansion” and had the celebs living together. But now that the vaccines had their impact and lockdowns were eliminated, the show will have a new slew of excursions, challenges, and opportunities for these celebrities to hook up with each other.

For this new installment, gorgeous models, DJs, singers, entrepreneurs, and reality show contestants confirm the lineup which will pair them in search of love. What kind of laughs, tears, and drama will this new season bring? For one part, some of the contestants are quite mature, including single mothers, divorcees, and others are millennials that have just been down on their luck in the dating department for quite some time. They will be coached by Anna Williamson and Paul C Brunson.

Celebs Go Dating season 9 will release in early 2022. While the production crew hasn’t made public an exact date, rest assured that we at Otakukart will post an update for you. Secondly, the next season was officially confirmed by the production crew in late October 2021. Additionally, by the time of print, we have an interesting piece of news regarding the filming of the program. Celebs go Dating stumbled upon production trouble.

During the filming of one of the episodes of Celebs Go Dating, in a dining restaurant, one of the guests had a medical emergency that forced the cameras to stop. However, none of the crew or contestants were involved. After that setback, the filming continued normally the following day. And the production crew wants no delays in the filming schedule.

Stills from Celebs Go Dating: The Mansion from Last Season

Also Read: What Will Go Down In CSI: Vegas Season 1 Finale? Spoilers & Speculations

For Celebs Go Dating Season 9, here’s the lineup. Firstly, we have an English rapper and DJ Abz Love, who was the lead singer of the boy band “Five.” Secondly, Swedish TV presenter and model Ulrika Jonsson who became notorious for her work as a weather girl and later as a presenter for ITV, joins the lineup. We have Marty McKenna from MTV’s reality show “ex on the Beach” and Ryan-Mark Parsons from The Apprentice.

The series will feature plenty of new challenges, memorable dating excursions and more chances than ever to find the perfect connection, all-new Celebs Go Dating is sure to be its most dramatic series yet… find out who is entering the agency now! 👀 #CelebsGoDating pic.twitter.com/c1JsFBTAKG

Ulrika is from Sweden and has just divorced. She was a weather girl and a high fashion model. Now a divorcee and mother of two, she will try her luck at finding a romantic partner with the coaching of Paul C Brunson and Anna Williamson.

A rapper and DJ, 42-year old British Abz Love, was one of the boys at Simon Cowell’s boyband Five. Remember them? If you’re a millennial, you probably do. If you’re a Gen-Z, you probably have no clue of who he is. Just go to Spotify and check out some of Five’s songs to check out his work.

Miles is one of the younger crowd —25 years old— trying a shot at love in this show. He is a YouTuber who focuses on self-improvement, a foodie, and used to date Maeva D’Ascanio. He was a member of Made in Chelsea and is very active on social media.

Marty is another contestant that comes from Geordie Shore —and he won’t be the last, that’s for sure—, besides that reality, he also featured on “Ex on the Beach.” A tough guy and former Army recruit, he broke things up with Chloe Ferry.

The 20-year old Chloe from “The Only Way is Essex” comes to take a shot at finding a better half in this season of Celebs to go Dating. Apart from her work in “The Only Way is Essex,” she also appeared in another reality show by ITV called “ITVBe.” Lastly, Chloe used to date Jack Fincham from “Love Island.”

The 27-year old Nikita comes from another reality show where —I guess— she didn’t find love, called “Married at First Sight UK.” She married Ant and shortly after divorced him. And that’s not all. She got the boot from the reality show from having a rage fit and assaulted somebody off-camera, causing her to remove the show. Will she behave and adhere to this reality show’s code of conduct?

Also Read: Is Netflix’s ‘Away’ Season 2 Coming Back?

The 21-year old Ryan is one of the stars of the Apprentice, who tries to find a girl after not getting any luck or action on Tinder. After appearing in the 2019 edition of The Apprentice, he was one of the youngest contestants in the reality show. He was 18 at the time. Now he wants to find a romantic partner.

Last, but not least, we have the Aussie Jessika Power, a lovely girl whose knack for hot photos on Instagram recently made her open an OnlyFans account, sparking lots of debate. Jessika is 29 years old and participated in “Married at First Sight Australia.” But that didn’t prosper as she is on this show now. Will her new prospective partner deal with her social media bravado?

Where to Watch Celebs Go Dating?

Past episodes of Celebs Go Dating are widely available on the internet. Firstly, if you’re in the United Kingdom, you can watch these episodes in All4 —and for free! That’s over one hundred chapters of this reality show full of laughs, drama, and heartbreak. Now, if you live outside the UK, you can still watch the episodes from Amazon Prime Video. Moreover, you can buy or rent episodes from iTunes. 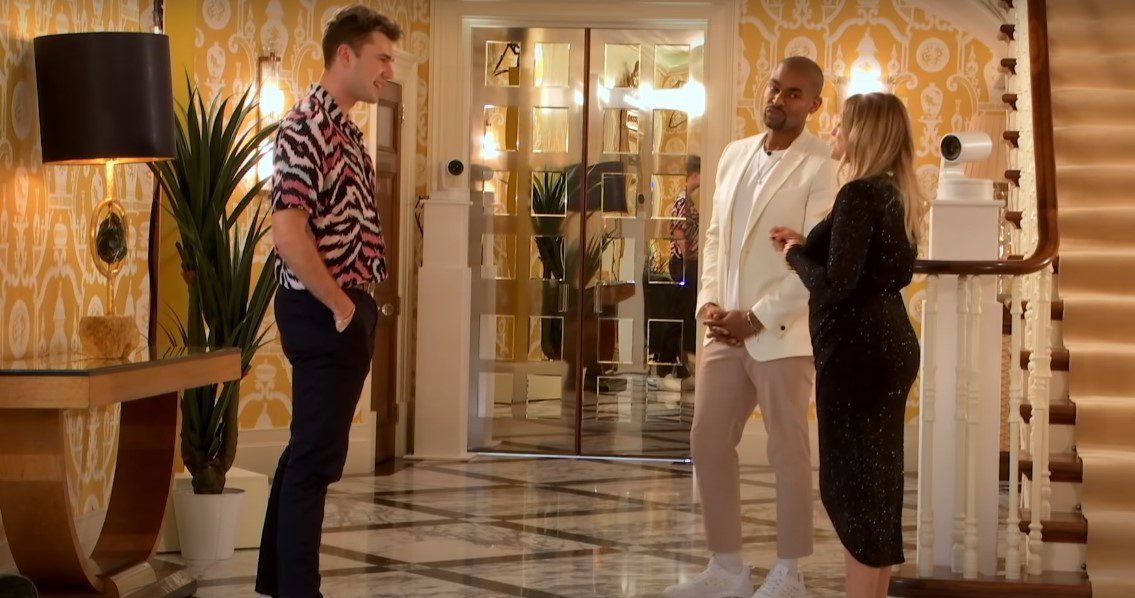 Who are the Relationship Coaches for Celebs Go Dating?

The celebs in this show get orientation from a couple of dating experts. It’s not like other shows where it’s every man and woman for themselves trying to hook up. No. In this case, each participant receives a tailored coaching session from two professional dating specialists that try to give them adequate orientations. That way, they can have a better romantic connection with a potential partner. Let’s take a look at who these people are

Also Read: Briarpatch Season 2: Everything We Know About The Renewal Status

Who is Paul C Brunson?

Paul Carrick Brunson is an experienced matchmaker. He’s 46 years old and hails from the United States of America. He graduated in Business and worked in the finance sector before starting a consulting agency in 2009. Additionally, his firm, PCB Agency, is in charge of helping people out with relationship and financial advice. Moreover, Mr. Brunson is the author of a book called “It’s Complicated (But It Doesn’t Have to Be): A Modern Guide to Finding and Keeping Love.” 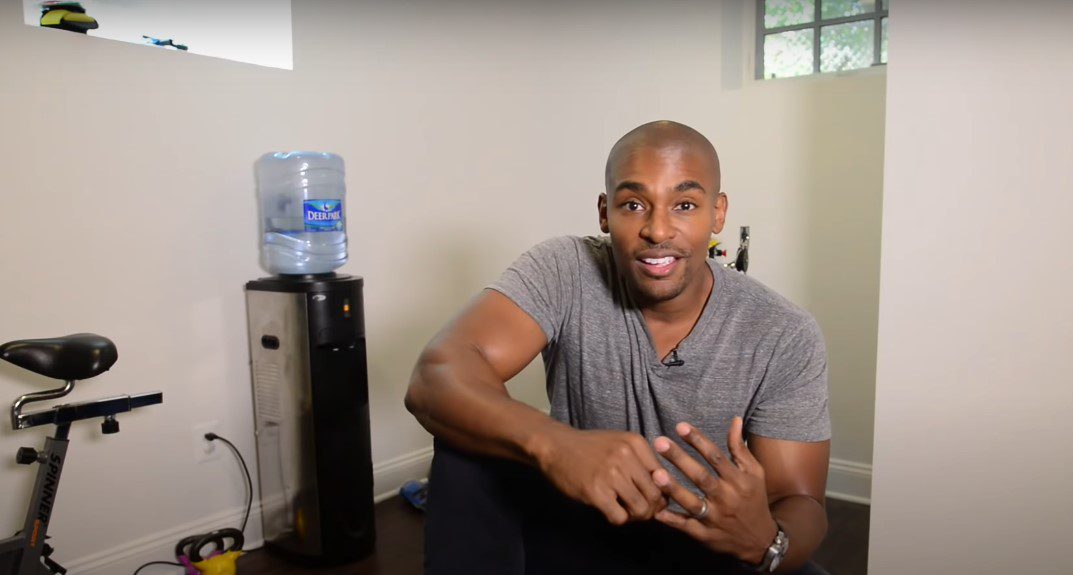 Brunson took Eden Blackman’s job in 2018 in Celebs Go Dating, and before his current matchmaking gig at this popular reality show, he was a co-host in Oprah Winfrey’s “Lovetown.” On a side note, Brunson is a married man, he met his significant other 21 years ago, and they have two kids. His high sense of fashion and coaching approach will help many of the contestants of Celebs Go Dating in season 9 find a potential romantic interest.

Who is Anna Williamson?

Anna Williamson is a British TV presenter who cut her teeth doing children’s shows like Rescue Robots Toonattik on CITV. Besides her work with children, she also reports on ITV showbiz. Additionally, she recorded an album when working with a girl band back in the mid-1990s. She currently resides in Hertfordshire and is a certified counselor. Her charitable work includes raising awareness for anxiety disorders, depression, and other mental illnesses.

Anna Williamson is the co-host of this season

Where is Celebs Go Dating Filmed?

For last season, and mainly thanks to the COVID—19 pandemic, the producers chose to put every contestant inside a house. But not any house. This was one of London’s most lavish pieces of real estate. Following the style of other “bubble” shows, last season’s Celebs Go Dating dated, just within the premises of a £30 million mansion in Syndenhurst estate by Chiddingfold, Surrey.

The house had nine bedrooms, a swimming pool, a bowling lane, a private cinema theater, a gymnasium, a pool and games room, a giant bar, large gardens, and two floors for exclusive parties. For Celebs Go Dating: The Mansion, none of the contestants enjoyed the private rooms. The producers crammed them up in a dormitory. And they shot the season for an entire month in a COVID-safe environment.

Also Read: ZeroZeroZero Season 2: Is the Global Drug Trade Series Coming Back for a Second Run?